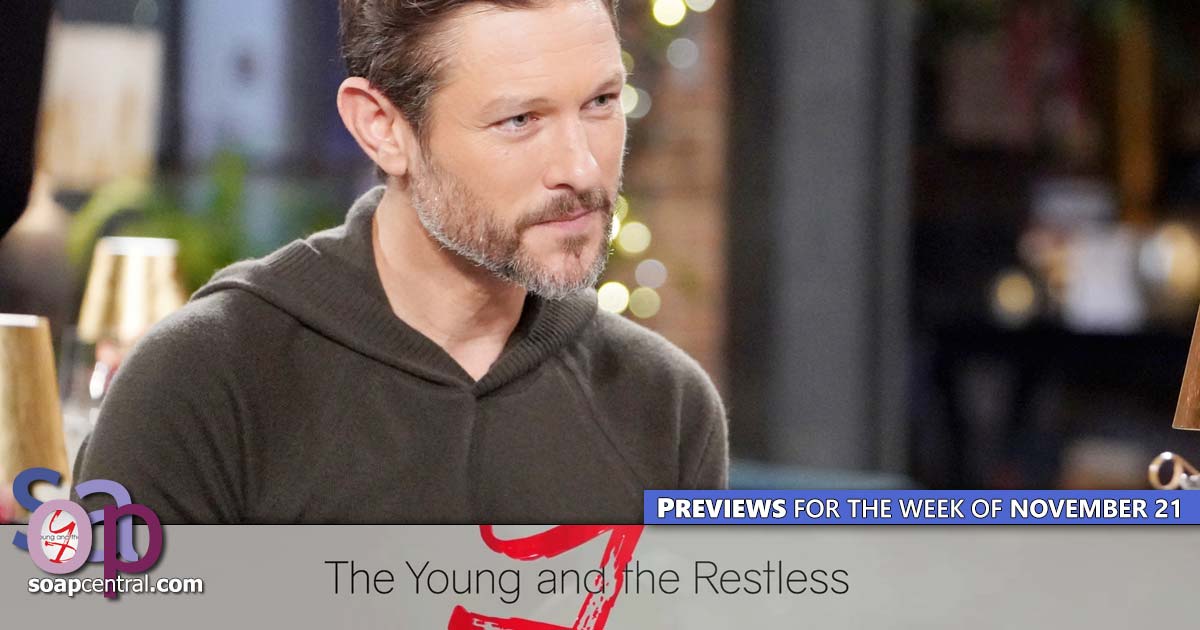 A sneak peek at some of the action that will take place on Y&R during the week of November 21, 2022. Be sure to tune into Y&R each weekday to see how it all plays out.

Noah shares the truth about Audra

Victor solves a problem on his own

Billy supports Chelsea when she has to make a difficult decision

Ashley is in charge

Nick turns the tables on Adam

Nikki and Victor count their blessings

Phyllis gets a pleasant surprise

Daniel and Phyllis have a warm reunion

Michael Graziadei will reprise his role as Daniel Romalotti starting this week. Read on here for more information.

Michael Damian will reprise his role as Danny Romalotti for several episodes starting next month. Read on here for more information.

A preview of next week

On the road: November preview

Adam and Nick’s feud over Sally heats up and things get so hot that Victor has to step in before his sons cause irreparable damage to Newman Enterprises.

Phyllis, Nikki and Ashley continue to dig into Diane’s past, unwittingly unleashing the possibility of incredible danger.

Jack, meanwhile, struggles with his feelings for Diane and tries to protect Kyle from being hurt again by Diane

Billy and his friends support Chelsea in times of need

Lily’s patience is tested when she feels that Billy’s friendship with Chelsea seems to be taking precedence over Lily’s relationship with him.

Nate will try to repair the relationships he damaged

Mariah and Tessa prepare for the next chapter in their lives: motherhood

Old wounds cause unexpected friction between Abby and Chance

Phyllis is thrilled when Daniel returns home for the holidays