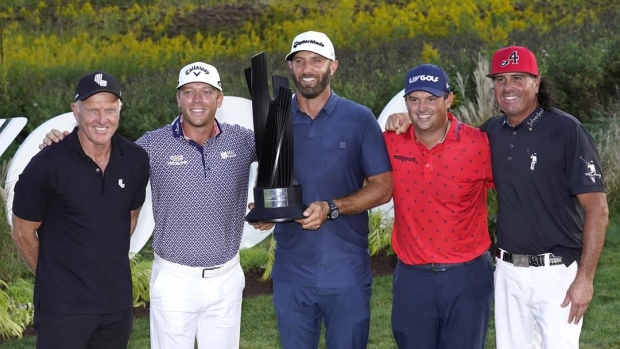 The Official World Golf Ranking will not award points to LIV Golf events this year, rejecting the MENA Tour’s request to immediately add the Saudi-funded series to the schedule.

The OWGR said in a statement on Thursday that the MENA Tour had not given it sufficient notice and that there would be no time to complete the assessment ahead of the LIV Golf Invitational in Bangkok starting Friday or the event in Saudi Arabia. next week.

In a move that signals how fast LIV Golf wants world rankings for its 48-man fields, it has forged an alliance with the little-known MENA Tour, which has not held its own tournament since March 2020 due to the COVID-19 pandemic.

Representing the Middle East and North Africa, the MENA Tour is a developmental journey that has been awarded the bare minimum of points in the world rankings since 2016. It has 54-hole events with a 36-hole cut and offers a purse of $75,000. LIV Golf Events has a $20 million grant for 54-hole no-cut events.

The MENA Tour is now aligned with the Asian Development Tour, one step lower than the Asian Tour. LIV Golf has already invested $300 million in the Asian Tour, creating an ‘International Series’ that has started this year.

The OWGR said it is now reviewing “significant changes” to the MENA Tour’s membership structure and schedule.

The MENA Tour has not only submitted the next two tournaments of LIV Golf as part of the program, but all players of LIV Golf such as Phil Mickelson, Dustin Johnson and Brooks Koepka have also participated in the MENA Tour.

MENA Tour Commissioner David Spencer said he disagreed with the reasons for the OWGR ruling.

“We have had several communications with OWGR since submitting our 2022-23 schedule, MENA Tour handbook, waiver criteria and our field ahead of our opening event of our new season starting today,” Spencer said in a statement. “None of these communications pointed to any technical reason for the LIV Golf Invitational Bangkok to be treated differently from every MENA Tour event, all of which have been awarded OWGR since we were admitted to the OWGR framework in 2016.”

The OWGR said it would wait for the review to be completed before deciding whether to award points for the MENA Tour’s new “Limited Field Tournaments”. It said the MENA defined that as “any MENA Tour-approved event” with fewer than 80 players.

Meanwhile, the OWGR said regular MENA Tour events will still get points. That will not be the case for LIV Golf this year. After the events in Bangkok and Saudi Arabia, the final tournament is for teams only.

Bryson DeChambeau and Harold Varner III are among those sure to drop out of the top 50 by the end of the year, meaning they likely won’t have a path to play in the Masters and will need to qualify for two other majors.

None of the majors can say yet whether LIV Golf prompted them to change their eligibility criteria for next year.