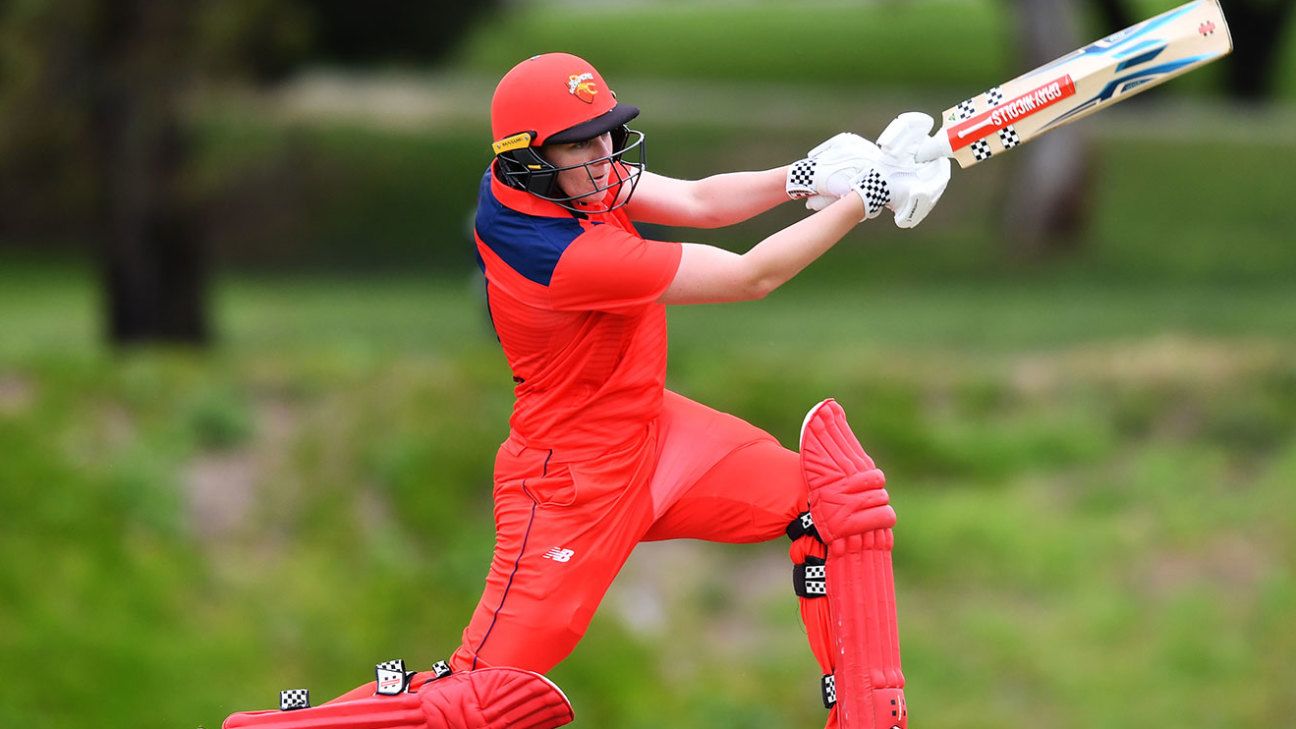 Nineteen-year-old Georgia Voll dominated North Sydney Oval with a beautifully built 145, while Queensland took a massive win over New South Wales. Voll’s innings were in three phases: she led Queensland’s early momentum as the main contributor in an opening score of 51, consolidated through the middle while losing partners at fairly regular intervals, and accelerated on death with the scoop as a regular option. The second-highest score was Laura Kimmince’s 35, who delivered just 15 balls, including three sixes, and caused a wave of mid-innings. Jess Jonassen (16) and Courtney Sippel (19) then played useful cameos as Voll continued to lead the way. New South Wales was poor on the field, losing services to Maitlan Brown in her fourth over after being pulled from the three big full toss after three bowling. The only bright spot was rookie Ebony Hoskin who claimed a wicket was the first ball in WNCL – Georgia Redmayne cleverly caught down the side of the leg by Alyssa Healy – taking the first three wickets in all. NSW’s pursuit started promisingly as Healy and Tahlia Wilson added 54, but Healy slipped – a lead when aiming for the leg side – and when Wilson was driven out in the 26th, the home side dropped out.