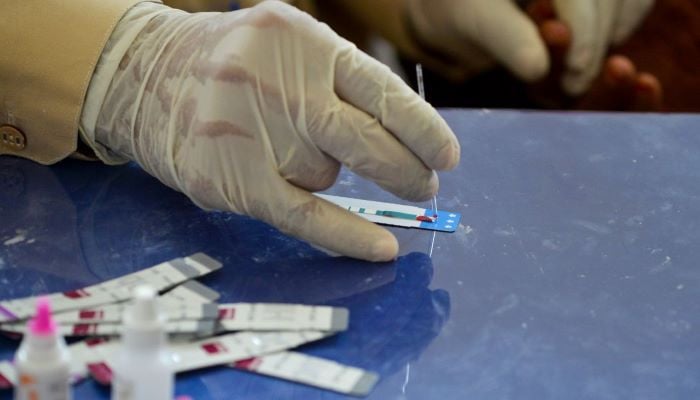 ISLAMABAD: A shocking number of 519 people have tested positive for HIV in Islamabad in the past 10 months – between January 1 and October 31, 2022, and their alarming majority are young men in the 18 to 25 age group who are categorized as men who having sex with men (MSM) in addition to transgender people, officials said Wednesday.

“About 519 new HIV patients have been registered in the treatment center of Pakistan Institute of Medical Sciences (PIMS) Islamabad who have tested positive for HIV in the 10 months of this year so far. On average, 51 people are tested positive for HIV in Islamabad each month,” a National Health Services, Regulations and Coordination (NHS,R&C) official told The News.

The federal health ministry official, who asked for anonymity because he was not authorized to speak to the media, claimed that of 519 new HIV patients, about 40 to 45 percent were “young men in the 18-25 age group.” ‘ are those who categorize themselves as ‘homosexuals’ or men who have sex with men, while the other large group are transgender people, who were also involved in ‘unsafe sexual practices’.

“Considering the growing burden of HIV cases in the capital, we have established another treatment center for HIV patients at the Polyclinic Hospital, Islamabad, which has been functional for the past few weeks, but it has yet to be formally inaugurated,” said the NHS officer. .

Dr. Nailana Bashir, head of the HIV treatment center in PIMS Islamabad, which has been declared a ‘special clinic’, said that more than 4,500 people living with HIV are registered with them and their number is growing day by day. “Every day, two to three new people are tested positive for HIV in our diagnostic lab in PIMS Islamabad. Ironically, most of those who have tested positive in recent years are young, educated men who practice same sex. Most of them know their practice, so they look for the risks of their sexual behavior and get tested for HIV,” added Dr. Naila please.

She said that the increase in the number of young, educated men from affluent families in Islamabad was observed during COVID-19 peak days and that in recent years, most of the people tested for HIV in the PIMS Islamabad lab are young boys, both from the affluent class as young laborers living in their workplaces in the suburbs of Islamabad and Rawalpindi. When asked why HIV was spreading so quickly among the young men or boys in and around the capital, she said public health experts and officials should answer the question.

“When this center was established in 2005, people who had been deported from the Gulf countries mostly came to this center. Later, the number of injectable drug users increased, but now the number of young men and transgender people infected with HIV is increasing day by day “, she said. said, revealing that not a single female sex worker was registered with the HIV treatment center of PIMS Islamabad. She claimed that young men and boys who tested positive for HIV need psychological help because as soon as they learn about their HIV status, many of them have suicidal thoughts and some of them even try to commit suicide. “But I give them a clear message. HIV is now a treatable disease. An HIV patient can live a normal life if he or she takes medicines daily, has his or her basic tests done and seeks medical help, which is free in government hospitals,” added Dr Bashir.

Muhammad Usman, program director of the Dareecha Male Health Society also confirmed that young men and transgender people in Islamabad and Rawalpindi are increasingly testing positive for HIV and said their organization, a community organization, is committed to the well-being and well-being of the men and transgender people who tested positive for HIV. “Drug use is very high among male sex workers, transgender people and men who have sex with men. Under the influence of drugs, they abandon all kinds of precautions and often become infected with HIV,” Muhammad Usman added.