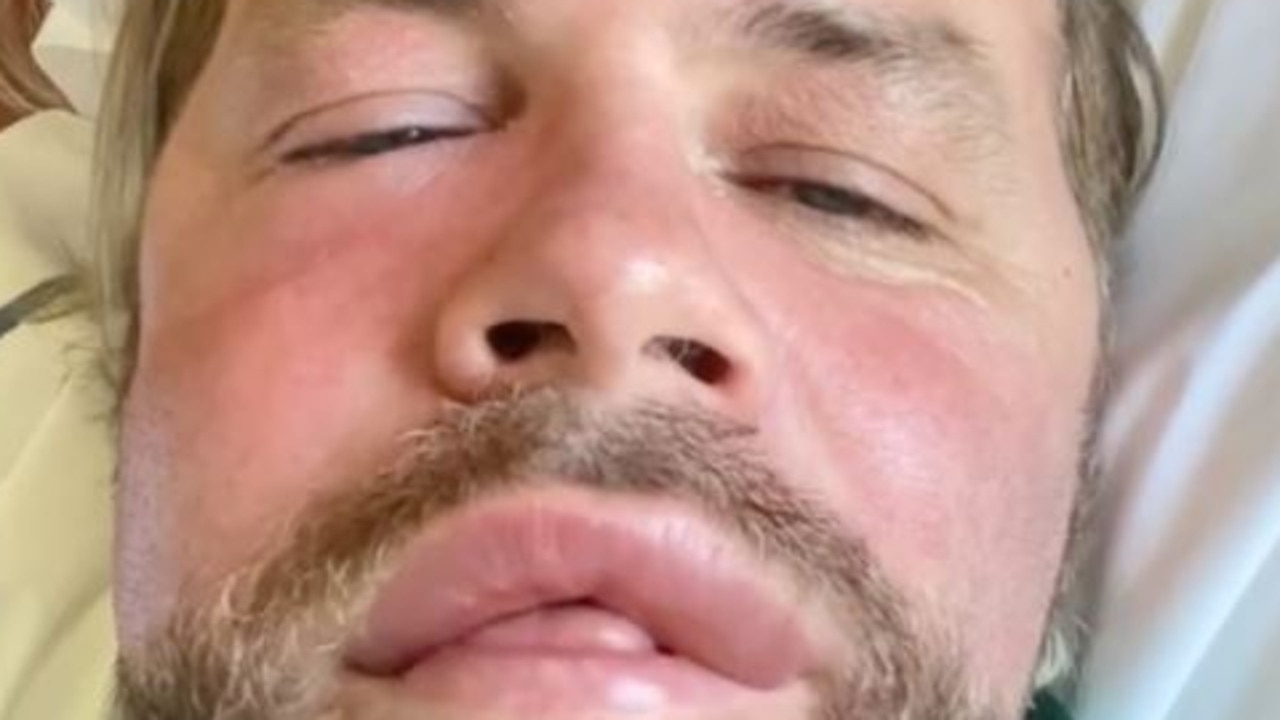 A pop legend has shown the shocking reaction he has had to a bee sting.

Westlife singer Brian McFadden, 42, took to social media to show off the horrific aftermath of the sting, The sun reports.

Lying in his hospital bed, Brian was seen with a very swollen face and lips, writing to his fans: “Stung by a bee and had an allergic reaction!! Own that look! Free Botox and fillers!!!!!”

He was seen in his hospital bed playfully singing LMFAO’s “Sexy and I Know It.”

Concerned fans and friends took to the comments to wish Brian a speedy recovery, with one person joking, “Looks good”, and another saying, “Omgggg feel better x”

A third person wrote: “That’s awful, I hope you feel better soon! at least you kept your sense of humor.’

Brian also shared separate photos of his sting timeline, from a slight swelling to ending up in the hands of doctors.

He wrote: “The timeline from the sting to the response. Still,’ and he showed how quickly the swelling started, as his lips got bigger and bigger and his eyes got smaller.

In the last photo, Brian can be seen with his thumbs up as he stares at the camera with a puffy face.

Brian shares children Molly Marie, 20, and 19-year-old Lilly-Sue McFadden with Kerry Katona and he has a daughter named Ruby Jean with his wife Danielle Parkinson.

He recently revealed that he has missed a lot with his two daughters – and fought with his ex Kerry.

The Irish singer, who opens up to Closer magazine, confessed that he regrets “not being there so much for his two oldest children”.

Brian said: “I was just a kid myself when I had Molly and Lilly, and I was at the peak of my career in Westlife then – we literally worked 365 days a year, and there was no FaceTime, so I couldn’t talk. to the children.

“I couldn’t see them until I got home.

“So it was a lot harder and I missed a lot of the things I would have liked to see with the girls.”

Thankfully, Brian and Kerry are now in a better relationship, and the fact that the girls are older makes it easier to co-parent.

He added: “It is very easy to co-parent now that children are no longer children. It was obviously a lot harder when they were growing up.”