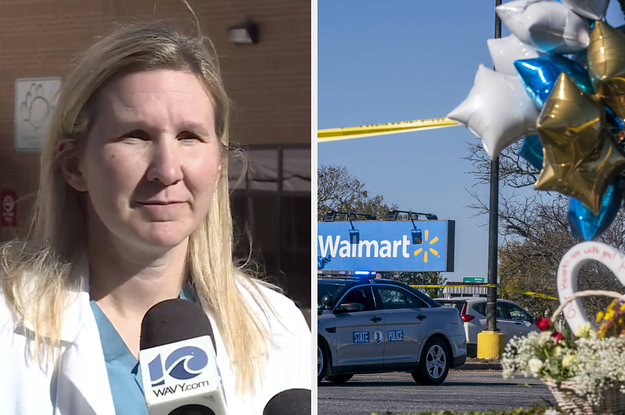 According to the American Public Health Association, gun violence in the US is a public health crisis and the leading cause of premature death in the country, responsible for more than 38,000 deaths each year. As of November 23 this year, at least 39,717 people have died from gun violence and another 21,582 from suicide, according to data from the Gun Violence Archive. There have been 608 mass shootings so far this year.

When healthcare professionals called for gun control in 2018, the National Rifle Association tweeted that they “stay in their jobHowever, it is very much up their alley, because of the time, care and resources they devote to saving lives. More than 100 people – many of them healthcare workers – are involved in the treatment of a victim from the moment they are shot until they are released from a hospital, sometimes the process takes months.

Sentara Norfolk General Hospital is a level one trauma center, vice president and chief medical officer Michael Hooper told reporters Wednesday, and it is prepared for incidents such as the Walmart shooting.

“Unfortunately, we have to deal with events like this very often,” he said.

But it takes its toll.

“It’s always disheartening when you see unnecessary violence at this level,” said Tracey Chandler, a clinical nurse manager at the hospital.

When news of the Walmart shooting broke, many on social media shared their fear at seeing yet another mass casualty. People only started to mourn the dead in Club Q when another shooting hit the headlines. It sparked new calls for action and renewed desperation over the number of lives lost.

Brett Cross, whose 10-year-old son Uziyah Garcia was killed in the Uvalde, Texas school shooting that killed 19 children and two teachers, tweeted that every mass shooting takes its toll.