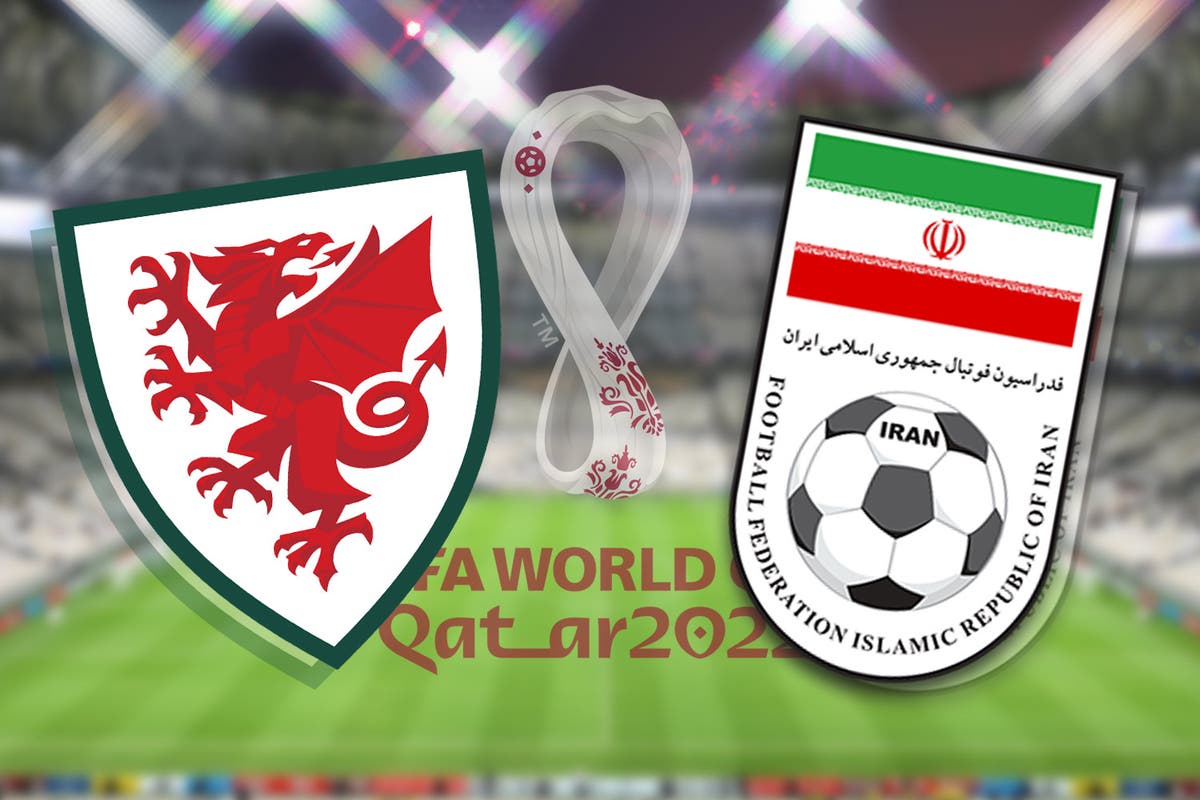 The second round of the World Cup group stage kicks off this morning as Wales take on Iran in a crucial Group B game. After drawing with the US in their opening game, Rob Page’s side know they really need a win here to give themselves a realistic chance of reaching the last 16 ahead of their meeting with England next week.

Wales were poor in the first half against the US, before Gareth Bale’s penalty saved what could prove to be a crucial point. It was a worrying display initially though, one improved by the half-time introduction of Kieffer Moore and he’s done enough to earn his place in the starting line-up here. Meanwhile, Bale becomes Wales’ most-capped international ever with his 110th appearance.

As for Iran, Carlos Queiroz has tried in vain to keep his focus on football amid the focus on protests at home. On the pitch it was incredibly lackluster against England, with goalkeeper Ali Beiranvand out today. Catch all the action live below with expert analysis from Malik Ouzia at Ahmad bin Ali Stadium.

How crucial can that Rodon booking turn out to be?

Wales have Joe Allen on hand if they want to bolster their defensive midfield and give that backline some protection.

A really nerve-racking 45 minutes for Wales, that. Not that they didn’t create attacking moments, but Moore’s presence up front was certainly a plus for Rob Page’s side.

But they need to keep an eye on Azmoun and Taremi, who have been really menacing for Iran down the middle, while Joe Rodon and Chris Mepham are both struggling. An intriguing second 45 minutes awaits.

The ball bounces dangerously across the Wales box, but Azmoun can’t quite get the decisive touch. It’s another moment for Iran that marks their approach in this game so far, as Rodon is booked for a tough challenge on Taremi.

Unfortunately for Iran – and fortunately from Wales’ point of view – they have failed to break through. Goalless at halftime.

If you were watching on the BBC, you may have lost a minute of pictures at that point. I thought it was my dodgy wifi, to be honest.

43 minutes: Hosseini plucked the ball from the corner as if he were picking an apple from a tree.

Iran then hoists it towards Taremi and gets a throw-in deep into Welsh territory.

42 minutes: Both teams get back into form as the half nears its end (despite a huge amount of extra time).

Wilson’s shot is deflected and Wales are awarded a corner.

39 minutes: Bale out to his old staging post, the left wing, in an effort to get things going for Wales. He tried to find Moore, after which Williams fired a rather aimless ball into the penalty area. Iran defends well.

37 minutes: Good ball from Wilson to find Williams in space, but then the ex-Liverpool youngster gets his ball all wrong.

Too bad for Wales; that was a good move.

36 minutes: Rodon is brought into endless trouble by the rocket-hacking Azmoun. Somebody throw that man a life preserver, he needs help.

Iran is currently first on every loose ball, without really having made a big opening since the disallowed goal.

34 minutes: Moore commits another offense and steams into Mohammadi’s back.

There’s no way Rob Page will be happy with what he’s seen so far.