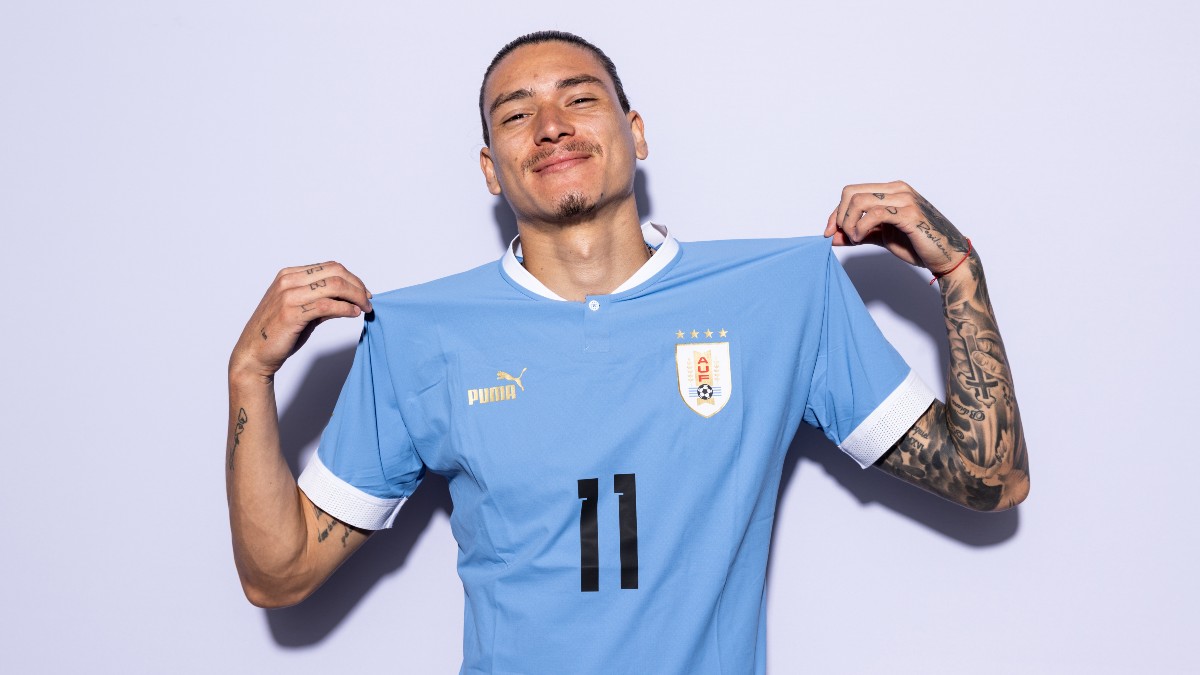 Uruguay kicks off World Cup action in Group H, taking on South Korea on Thanksgiving Day in one of the first games.

The South American side returns to the global tournament as one of only six countries to lift the World Cup Trophy more than once, with their last victory coming in 1950.

Meanwhile, their opponents enter the competition after finishing second in the Asian qualifier behind Iran. The Koreans want to reach the knockout phase for the first time since 2010.

If you were looking for your morning entertainment for your family party, this matchup featuring multiple global superstars is a good place to start.

Uruguay a mix of old and new

Manager Diego Alonso was hired in 2021 and he has a great mix of the old faces and some fresh new stars at his disposal.

Most fans will recognize Luis Suárez and Edinson Cavani from Uruguay’s past trips to the World Cup, and they’ll be joined by next-generation Federico Valverde, Darwin Núñez and Rodrigo Bentancur.

The one to watch from the new squad is Valverde, who has emerged as one of Real Madrid’s key players over the past year. The central midfielder was instrumental in winning the Champions League for Los Blancos last season and will be a vital player for his country in this competition.

La Celeste finished third in the CONMEBOL during qualifying behind Brazil and Argentina, and they are a trendy choice to make a deep run in this tournament.

The big question surrounding this Korean team is the health of star striker Son Heung-min, who underwent surgery on November 4 after suffering a broken face in an on-pitch collision during a Champions League match.

Son was seen wearing a protective mask during practice and the hope is that he will be good to go in this opener.

Even without the Tottenham Hotspur striker in the line-up, this side still has dangerous forwards to deter opponents, including Wolverhampton Wanderers striker Hee-Chan Hwang. The Premier League striker scored three goals and four assists in qualifying.

This is also the same country that held teams to just 11.2 xG in WCQ, but you have to wonder if that was down to competition rather than great defense.

Looking at this game from an odds perspective, the bookies have Uruguay as the moneyline favorite with -138 odds to go with a total of 2.5 goals. I do want to support the South American side, but I’m looking for a better price.

That said, my best guess is a Single-Game Parlay, combining a La Celeste win with the total flying over one goal at +137.

I have big doubts about how this Korean side will do against a very talented midfield from Uruguay. I also wonder how fit Son actually is after surgery earlier this month.

The Asian team will face a squad of dangerous strikers in Suárez, Cavani and Núñez, a front line that could score several goals here.

In fact, there have been at least two goals in five of Uruguay’s eight wins in qualifying and in 11 of their 18 matches overall.

I think the South American country has a good chance to top Group H, and I’m happy to get them for a premium in their opening game.

How would you rate this article?