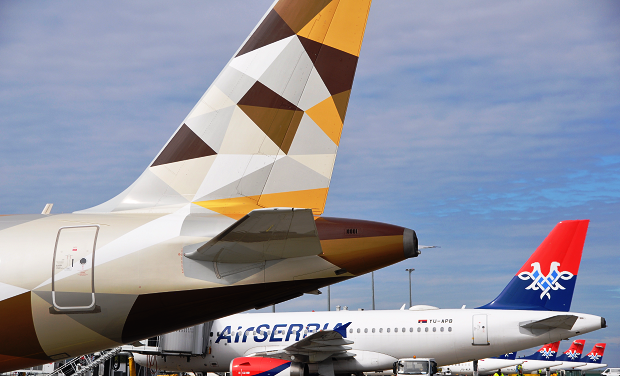 The Serbian government has bought 1.82 million newly issued shares by Air Serbia for a total value of 15.5 million euros, increasing its ownership stake in the national airline by 1.6 points to 83.58%. Etihad Airways’ stake in the company, in turn, has fallen to 16.42%. The right of preferential registration of shares was excluded in this case as it was determined that Etihad cannot currently participate in the capital increase in the current circumstances. Air Serbia has said the latest recapitalization, which took place at its own request, will further help the airline overcome the effects of the coronavirus pandemic and “strengthen its position as a regional leader that will continue to make a direct and indirect contribution to the Serbian economy.” economy”.

The Serbian State Aid Control Commission approved the capital increase and noted that the measure is in line with the country’s law. At the end of 2020, the Serbian government recapitalized the airline for an amount of 100 million euros and took an additional 31% stake in the company. “We are grateful to the government of the Republic of Serbia for providing support to the national airline to overcome business obstacles caused by the coronavirus pandemic,” the airline noted. Air Serbia has previously said it plans to break even or close with a small profit this year. It reported a loss of €77 million during the pandemic-ravaged 2020, which was reduced to a loss of €21.3 million last year.

Commenting on the airline’s ownership structure, Air Serbia’s CEO, Jiri Marek, recently said: “Air Serbia has played an important role during the pandemic, supporting the Serbian government with repatriation flights, as well as upgrading medical equipment and so on. I think we have proven that our operations not only contribute to connectivity, but also bring significant economic benefits.We believe that the government wants a strong national carrier that continues to grow.There are different models in the industry with different participation structures and different levels of state participation “Even combinations of private and state shareholding are possible. It is up to the Serbian government to find the most suitable model.”