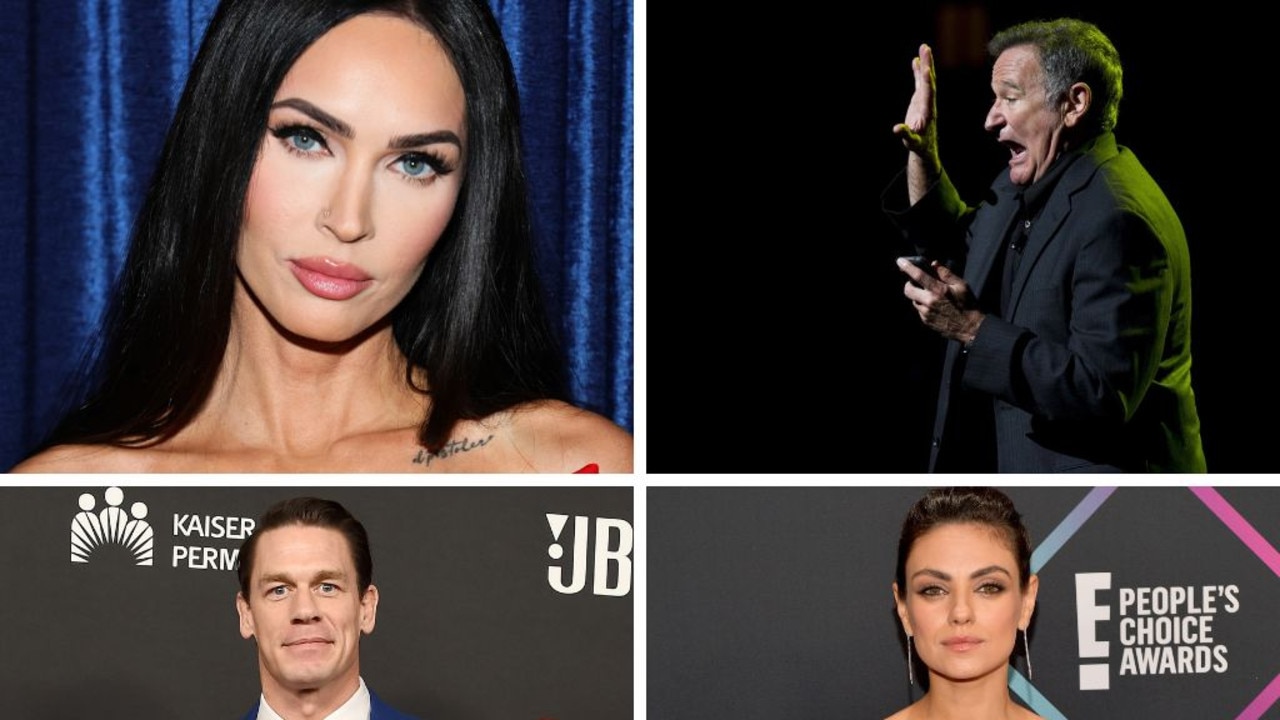 They may be best known for their roles on the silver screen, but those big movie stars are people just like us. And like the majority of people on this planet, most of them have tried video games at some point.

Best known for his roles as Superman and as Geralt in The Witcher, it makes sense that actor Henry Cavill is big on his video games. While he may be laughed at on talk shows for talking about his love for Warhammer, gamers around the world have been charmed by the fact that he built his own gaming PC while wearing a tank top.

Besides being a huge fan of The Witcher games – he says he’s played Wild Hunt twice – he also enjoys World of Warcraft and Total War. He admits he’s not a pro gamer due to the time constraints of his job, but he says he definitely plays a lot more games than the average Joe.

Known and loved for his comedic roles in films like Mrs. Doubtfire, Jumanji, and Aladdin, Robin Williams was also known for his love of Nintendo games. In particular, he was so taken with the original The Legend of Zelda that while he and his wife played it together during her pregnancy, they decided to name their daughter after the princess.

Zelda Williams also grew up to be a huge gaming fan who often played the series with her father. The pair advertised the Ocarina of Time remake and Skyward Sword for Nintendo in a series of commercials. Zelda has even worked on games herself and played voice acting roles for King’s Quest and upcoming The Last Worker.

Rapper Snoop Dogg is known for his roles in films such as Starsky and Hutch and Scary Movie, as well as for his love of video games. He has appeared at The Game Awards and is even a member of an esports team, FaZe Clan, for his love of FPS games.

He appeared in a number of games. There is 2004’s Def Jam: Fight for NY, a then popular fighting game featuring several famous rappers. Most recently, he entered the world of Call of Duty as a DLC character, allowing you to play the game like Snoop does in real life.

Made famous by the Transformers franchise, Megan Fox still loves a twist on the old joystick. She especially enjoys online player-vs-player games, although her favorite pastime is beating her partner at Mortal Kombat.

She also claims to be a huge Halo fan, with Reach being her favorite in the series. While competing in a Fortnite tournament against DJ Khaled, she admitted that she wasn’t super familiar with the battle royale shooter. However, by using her FPS knowledge, she absolutely destroyed Khaled, who doubted that a girl like her could even play games.

John Cena, best known as a wrestler, is also an accomplished actor, having starred in the series Fast and Furious and Suicide Squad. Not only did Cena take part in Nintendo’s ‘Nintendo Switch in Unexpected Places’ campaign by playing Breath of the Wild, but he also reportedly had words with executives during the filming.

Rumor has it that Cena has begged Nintendo executives for a new 2D Metroid game because of his love of Super Metroid on the SNES. His dream, of course, came true in 2021 when Metroid Dread came out, but who knows if Cena’s words had an impact on this.

I doubt it was a requirement that you had to be a gamer to play the part of Sonic in the movies, but I’m sure it was an added bonus for Ben Schwartz. In an interview, he named Chrono Trigger and Final Fantasy 6 as two of the greatest games of all time, claiming that he “loves an RPG”.

He even remembers cheat codes for old games like Contra and the classic Konami code, and shared his love for Goldeneye with Sonic co-player James Marsden. However, he only has one video game voice acting credit, and it’s for the video game that ties into the snail movie Turbo. Coincidentally, it also featured Snoop Dogg.

Mila Kunis is known for her major film roles, including Black Swan and Jupiter Ascending, but she is less known for her passion for World of Warcraft. She admits that she got really good at it and spent much of her time on the online role-playing game. She even admitted that at times she was so submerged that a whole day went by before she noticed.

Unfortunately, she says she relinquished her guild after fans discovered her Warcraft account via voice chat. She originally starred as her alternate character without using a microphone, but she says she gave up that account as well. She’s since moved on to Call of Duty, Civilization, and Mario Party, though she’s played a lot less since becoming a mother.

The High School Musical star is apparently synonymous with gaming among his friends. He even attended and ended up hosting the Halo 3 launch party in Los Angeles. The hosts asked him to stay until midnight after he played the game, pre-launch, at the venue.

Ex-girlfriend and co-star Vanessa Hutchinson was originally all-in on the gamer boyfriend, buying him an Xbox 360 and a selection of games for Christmas. However, it is rumored that she soon got bored of being ignored by him when she couldn’t get into the games herself.

Another Nintendo fan, Christina Aguilera, best known for her vocals, also starred in Burlesque and The Emoji Movie. In an interview, she said of her childhood, “I played the Nintendo NES, and I think that was the first one where you had your Marios, your Donkey Kongs”.

Her history with the company led them to choose her as their family spokesperson for the Nintendo Switch. As a mother of two, she still enjoys playing party games with her kids, including Mario Kart and Among Us. She is also said to be a Pokemon fan, having really enjoyed Legends: Arceus this year.

He’s played everything from an ancient vampire in Twilight to giving his dark take on The Batman, but the role people didn’t see him in is that of a gamer. In an interview, he explained that he is a big fan of JRPGs, especially Final Fantasy 7.

Apparently, the choice between Tifa and Aeris was one that really touched him. But which girl is bae? Pattinson said, “One of the few times I’ve cried in my life was when Aeris died. My first love.” It may not be everyone’s choice, but kudos to the man for being passionate about it.

Written by Georgina Young on behalf of GLHF.