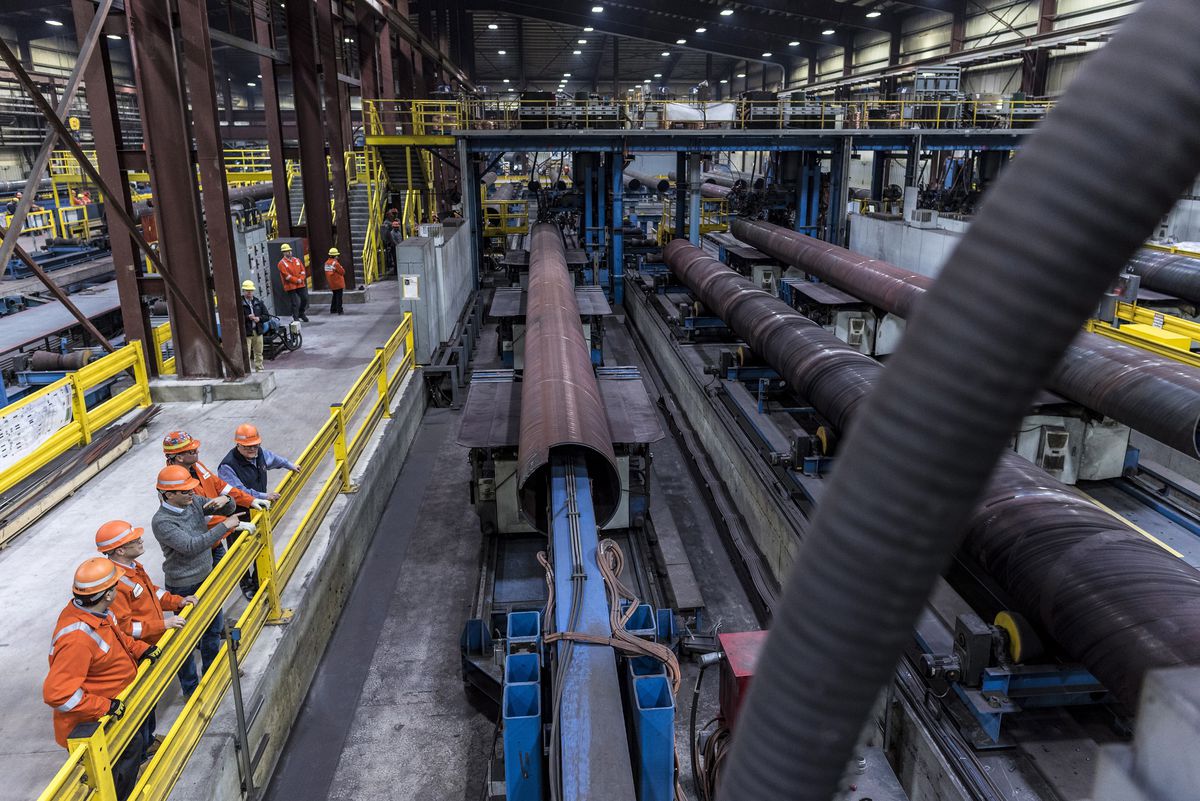 Evraz PLC is looking to sell its Canadian and US operations as the Russian steelmaker grapples with the fallout from Moscow’s invasion of Moscow, including sanctions against the company and its billionaire majority shareholder.

Evraz said in a statement Wednesday it would ask for proposals for North American operations, including steel plants in Alberta and Saskatchewan that serve the oil and gas industries. The Canadian company employs 1,800 people and Evraz has an additional 1,400 employees in the US, where it has factories in Oregon and Colorado and a headquarters in Chicago.

A sale would allow the company to “unlock the standalone value of its North American business,” Evraz said in the statement. The company did not respond to a request for more information.

Russian billionaire Roman Abramovich owns about 29 percent of Evraz. In March, weeks after Russian forces invaded Ukraine, Canada imposed sanctions on Abramovich as a close associate of Russian President Vladimir Putin. He has also been hit by sanctions from Britain, the European Union and the US

Evraz will not face Canadian sanctions. Britain sanctioned the company in May, but authorities there granted a license to do business with its North American subsidiaries.

It was not immediately known how much Evraz could generate from a sale of the North American company or a series of deals for its parts. Evraz says it is the largest manufacturer of large diameter railroads and tubing in North America and is also a major supplier of small diameter tubular goods and tubing to the Western Canadian oil industry.

Last week, the North American steel unit reported earnings before interest, taxes, depreciation and amortization of $296 million in the first half of the year, compared to a loss of $21 million in the same period in 2021.

Evraz North America operates Western Canada’s largest steel plant in Regina, which it acquired in its 2008 purchase of Ipsco worth $4 billion. In Alberta, it has operations in Calgary, Camrose and Red Deer. The company supplied 58 percent of the steel used to build the $21.4 billion Trans Mountain oil pipeline expansion project.

In June, Evraz announced the layoff of 170 people at the Regina plant and said another 50-75 workers would leave the company after completing a contract. Evraz blamed the cyclical nature of the company.

Abramovich was known as the owner of Chelsea Football Club in Britain before the government forced him to sell it as part of the sanctions against him. Part of the proceeds went to relief efforts in Ukraine.

After Britain took the actions against him, Evraz’s independent directors resigned from the board. As an entity under sanctions, global consultancies, banks and other sponsors also stopped working with Evraz.

The company says its working capital has been “heavily impacted” by restrictions on cross-border payments, the use of trade finance instruments, limited access to receivables and ocean freight insurance, as well as rising freight rates.

Your time is precious. Have the Top Business Headlines newsletter delivered to your inbox with ease in the morning or evening. Sign up today.