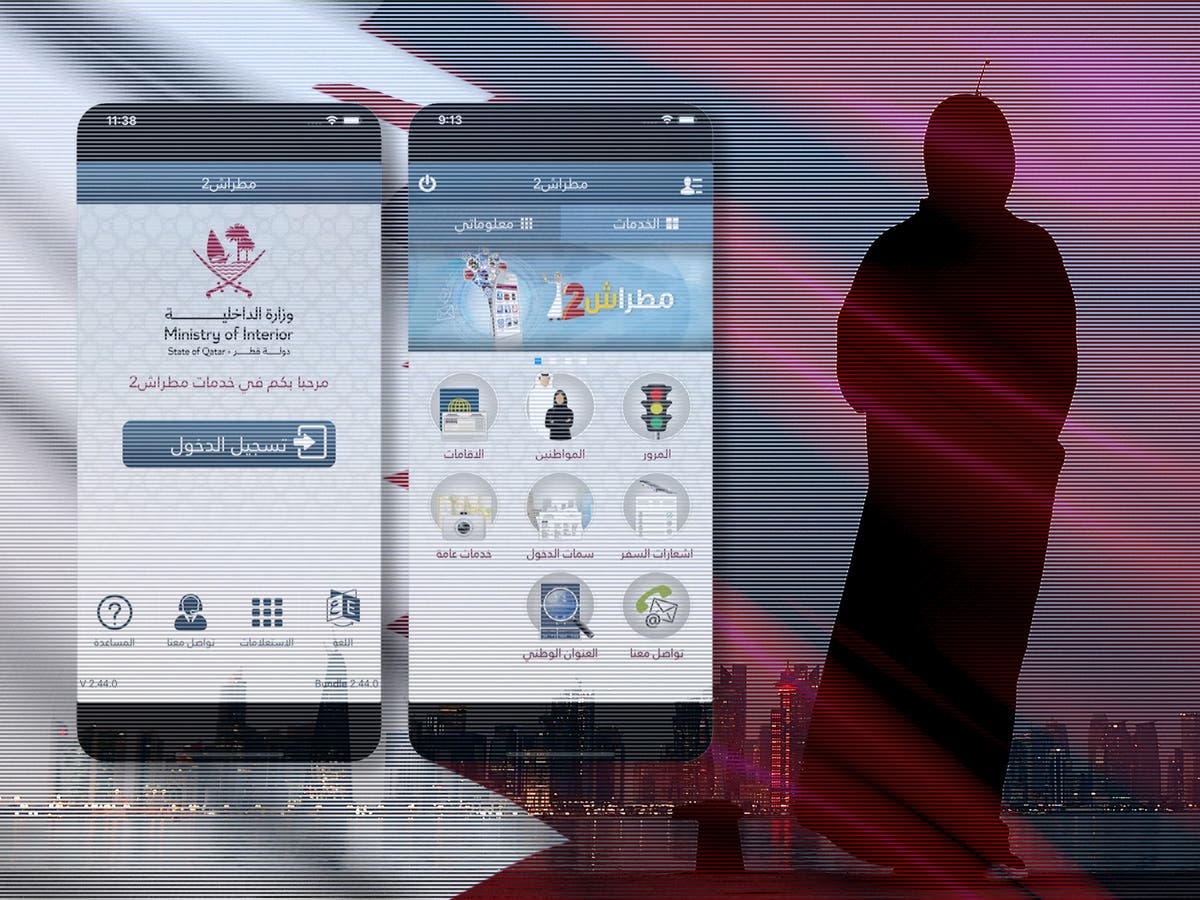 Google and Apple have been accused of facilitating discrimination by making an app available for download that men can use to prevent unmarried Qatari women under the age of 25 from leaving the country.

Under the Gulf state’s strict rules restricting human rights, single Qatari women aged 24 and under must obtain an exit permit with permission from a “guardian” — such as their father — to travel abroad. In stark contrast, Qatari men aged 18 and over do not.

Qatar’s Ministry of Interior (MOI) Metrash2 app is available on the Apple app store and Google Play – it has been downloaded over a million times on the latter platform.

The free app is boasted as providing Qatar residents with “an easy way to access MOI services through their mobile devices”. By allowing guardians to approve or cancel exit permits, it effectively acts as a key for young unmarried women to leave Qatar.

The revelation brings human rights issues in Qatar back into sharp focus with the World Cup kicking off on Sunday.

James Lynch, co-director of human rights organization FairSquare, said: “This is just the latest example of tech giants enabling discrimination and abuse by apps using their systems in the Gulf.”

He added: “Tech giants need to get to grips with how the apps that reside on their platforms are actually used and what damage they can do. By making apps like Metrash2 available in its current form, they lend legitimacy to their brands for legalized gender discrimination, in this case against young women in Qatar.”

Human Rights Watch (HRW) has labeled the discrimination faced by Qatari women as “systemic”, adding: “Women must get permission from their male guardians – they can be fathers, brothers, uncles, grandfathers and, when married their spouses – to exercise a lot of their basic rights, which include getting married, getting a government scholarship to pursue higher education, working in many government jobs, and getting some reproductive health care.

Last year, an HRW report said, “Interior Ministry rules require unmarried Qatari women under the age of 25 to obtain an exit permit from their male guardian to travel abroad,” adding: “Human Rights Watch was unable to not verify the legal basis for these rules . The Qatari authorities have not responded to Human Rights Watch’s questions regarding the requirement to obtain a guardian’s permission to travel abroad.”

In 2017, the report explained: “Qatar introduced online applications on the Hukoomi website and Metrash2 mobile application to enable male guardians … to issue exit permits for their family members – including children [and] unmarried women under 25”.

The report continued: “This online portal and mobile app provides other government services such as document services and driver’s licenses.

“Qatar’s online portal and mobile app provide guardians with two options: approve an exit permit or cancel an exit permit… It does not provide further options such as approval for multiple trips.

“While the introduction of the apps may have been designed to make it easier to give such consent, it also means that guardians can withdraw such consent just as easily. In addition, 12 Qatari women told Human Rights Watch that they experienced delays in immigration because the online system sometimes failed to register the approval of the exit permit on the app or because the permit expires… Women cannot check for themselves whether they have an approved or expired exit permit, as this information is only available to their guardians.”

The report’s author, Rothna Begum, a senior researcher on women’s rights at HRW, said The independent: “Instead of ending discriminatory male custody rules over women, Qatari authorities have tried to use mobile apps like Metrash2 to enforce such control over women. Qatar should end the discriminatory requirement that Qatari unmarried women under 25 be allowed to travel abroad by a male guardian.”

HRW is not advocating removing the app because, Begum said, “that could lead to unintended negative consequences for some women who surreptitiously change travel rights on their male guardian’s phone, as happened in the case of a woman who Watch spoke ”.

However, she added: “Google and Apple should strongly urge Qatari authorities to end discriminatory travel restrictions on women. Companies should always review apps to determine whether they can undermine or violate rights, with a special focus on apps developed or sponsored by governments. They should also review their terms of service to ban apps that are expressly designed to violate rights and make every effort to mitigate any human rights violations before making such apps available.

“These travel restrictions on women violate Qatar’s own constitution and laws, which guarantee equality before the law without discrimination based on gender and freedom of mobility. It also violates international human rights law, which provides for women’s right to equality before the law and the freedom to leave any country, including their own, and that any restrictions must be necessary in a democratic society, clearly provided for by law and proportionate to protect women. the rights and freedoms of others, and in accordance with all other rights (e.g. equality and non-discrimination).”

Qatar’s e-Government website explains the process for applying for an exit permit. It states: “This service enables Qatari citizens to submit a request online, on the website of the Ministry of the Interior (MOI), to issue exit permits to their sons and daughters. The permit is valid for seven days from the date of issue.”

It adds, “This service is also available through Metrash2, as well as MOI self-service kiosks and service centers.”

On the same website, a page about Metrash2 states: “The ‘Metrash’ service enables citizens and residents to obtain a wide range of services from the Ministry of the Interior (MoI) while enjoying the convenience of using their mobile phones, such as… Exit Permit (EP) Services.”

Separately, on a page on exit permits for Qatari women, the Qatari Ministry of Interior website states: “No permission is required for single women aged 25 or over (single – divorced – widowed) – from all walks of life – to to travel abroad. For those single women under the age of 25, permission from the guardian is required to travel outside the country.”

For men, the web page states, “No consent is required for those who are 18 years of age or older because they have reached legal puberty.”

To publish apps on Google Play, users must sign up for a Google Play Developer account, which has a one-time fee of $25.

There is a $99 fee per membership year for Apple’s developer program to distribute apps, but according to the website, a “government entity may qualify for fee waivers.”

Apple and Google declined to comment. The State of Qatar was contacted for comment. In response to last year’s HRW report, the Qatar government’s communications agency said in a statement: “Gender equality and women’s empowerment are central to Qatar’s success and vision. Qatar is an outspoken advocate for women’s rights at home and abroad.

“The Human Rights Watch report paints an inaccurate picture of Qatar’s laws, policies and practices regarding women. The accounts cited in the report are inconsistent with our Constitution, laws or policies. The government will investigate these matters and prosecute anyone who has broken the law.”