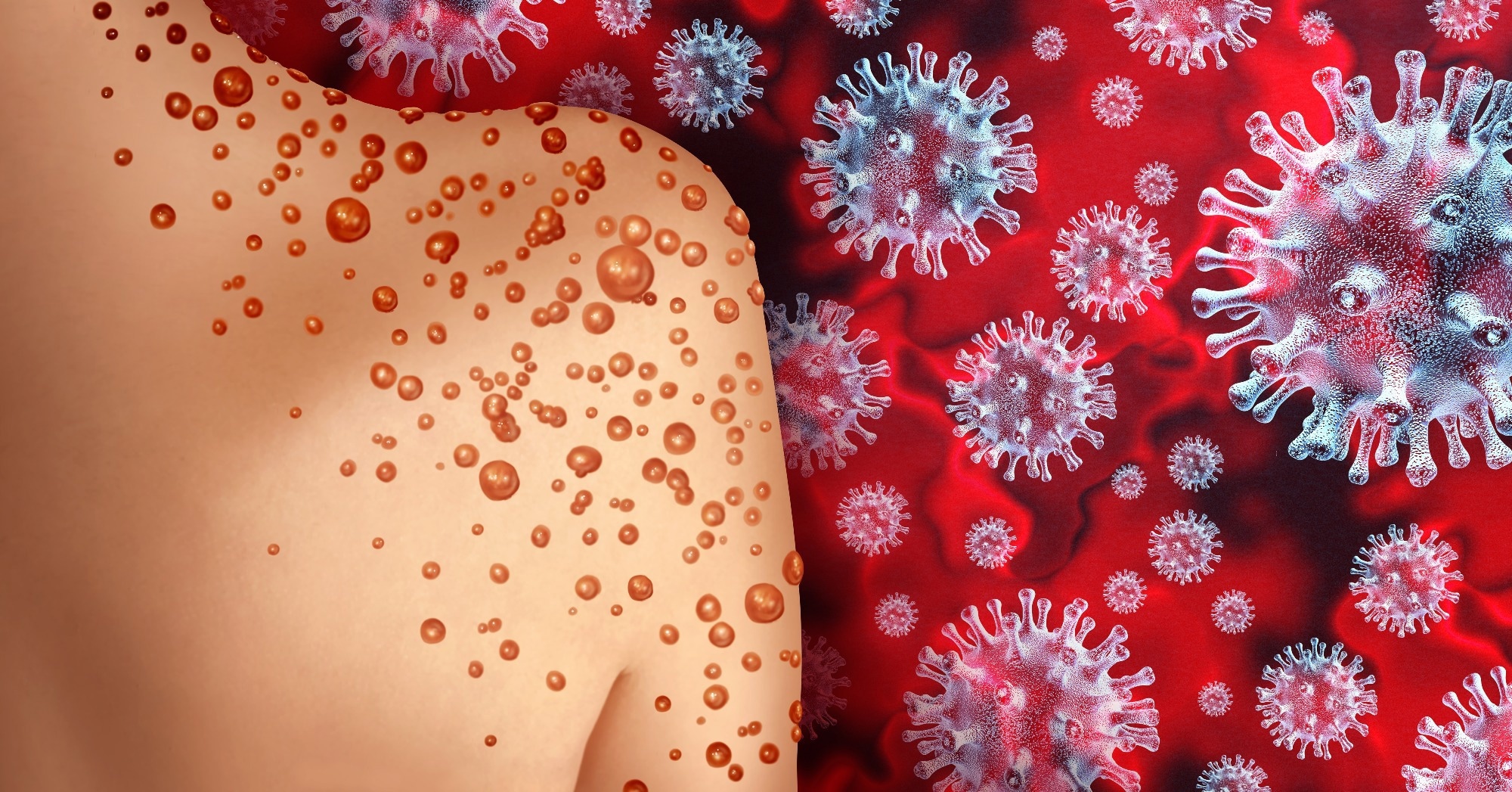 In a recent study published in the Micro organisms journal, researchers reviewed the various aspects of human monkeypox infections.

Several cases of monkeypox reported in non-endemic countries in North America, Europe and Oceania have indicated the emergence of monkeypox as an urgent and unusual public health problem, as the infection is not associated with animal or human travel. Particular attention should be paid to this increasing phenomenon, as more than 70% of the world’s population is currently unvaccinated against smallpox. Smallpox vaccines have been reported to provide significant protection against monkeypox. It is therefore essential to optimize surveillance and preparedness in reducing and controlling monkeypox infections.

In 2003, an epidemic of 47 cases of monkeypox infections was recorded in the US as a result of human exposure to MPX-infected prairie dogs. Before that, MPX infections were reported in Africa, with a majority of recent infections having travel-related exposure to the virus in Nigeria. A study in the Democratic Republic of Congo found that MPX incidence was 0.64 per 100,000 people in 2001, increasing to 2.82 per 100,000 people in 2013. Another study found that the average annual cumulative incidence of MPX infections between 2005 and 2007 was 0.55 per 100,000 individuals. 100,000 in the Sankuru district.

Nearly 98% of MPX cases reported since May 2022 have been identified in men who have sex with men (MSM). Remarkably, none of the infections have direct travel links to the endemic areas yet. Until July 5, 2022, 5949 MPX cases were detected across Europe using mechanisms of the International Health Regulations (IHR) and official public funds. Among these, 99 had the West African clade of MPX. In addition, 42% of the reported cases were detected in adults between the ages of 31 and 40 and were male. In addition, 96.1% of cases had rashes and 69% had systemic symptoms, including exhaustion, fever, muscle discomfort, diarrhea, vomiting, sore throat, chills, or headache, while no deaths were reported.

While the natural reservoir of MPX has yet to be established, rats are the most likely suspect. A possible risk factor is the consumption of undercooked meat and animal products from infected animals. Studies have reported that MPX is not easily transmitted, but can be transmitted through contact with contaminated lesion materials or body fluids, either directly or indirectly. Direct contact included exposure to respiratory secretions, fomites, or skin-to-skin contact with MPX cases. Interestingly, even presence in the patient’s room or less than two meters away from a patient without wearing an N95 face mask and eye protection during treatment that could generate aerosols from oral secretions, resuspension of dried exudates, or skin lesions can lead to indirect exposure. Transmission is also possible through the placenta, causing congenital MPX.

Studies showed that after entering the host’s body, the virus replicated at the site of inoculation, starting with localization in mononuclear phagocytic cells. Then the virus enters the bloodstream before localizing in the skin cells. After replication, the virus spreads through the local lymph nodes, leading to viremia within 10 to 14 days.

All first- and second-generation vaccines involve a live, replication-competent virus. These vaccines work by causing a lesion at the application site that generates the infectious virus. These vaccines are associated with an increased risk of side effects, including auto-inoculation to the rest of the body, inadvertent transmission to others, disseminated infection among immunosuppressed patients, and post-vaccine encephalitis.

While there are no approved treatments against MPX, a viral envelope protein called tecovirimat has been found to prevent the release of viral particles from infected cells, thereby treating several poxvirus-related diseases. Recently, seven MPX-infected patients in the UK treated with Tecovirimat showed significant profiling efficacy.

Overall, the study summarized the current MPX scenario and emphasized that a better understanding of the virus will facilitate the development of diagnostic and preventive measures against monkeypox.