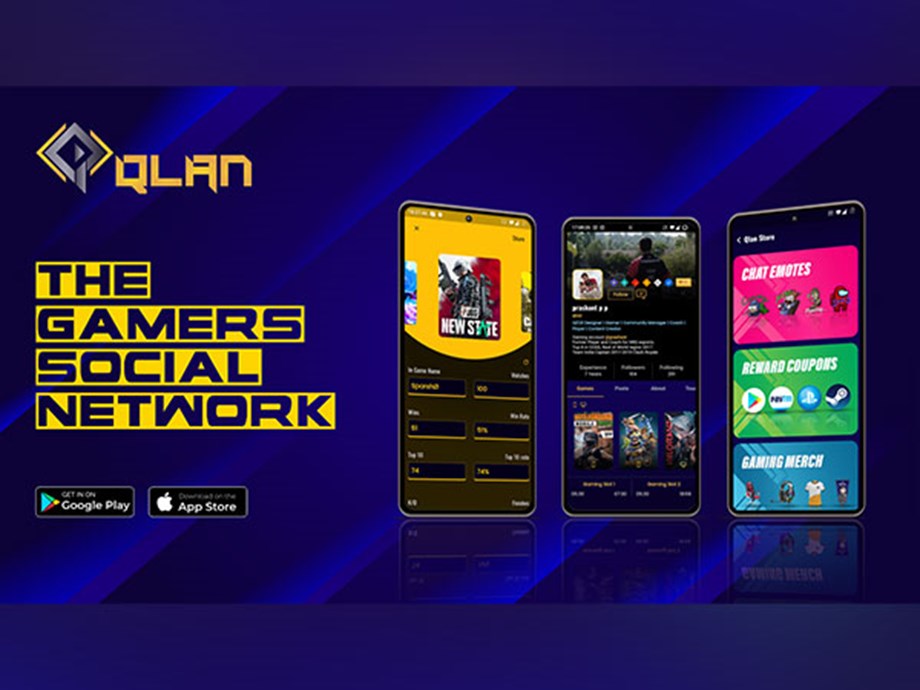 Qlan wants to introduce and empower gamers with unique user experiences and networking opportunities. The latest and optimized version will focus on making it easier to discover gamers, squads and esports tournaments on the platform by introducing exclusive filters and promoting esports tournaments to boost registrations for organizers and publishers with a data-driven reach algorithm. The beta phase of the platform attracted more than 50,000 users; the full version app will further enable unique community building.

Multiple features such as ‘Qlan Qoins’ which are earned by completing specific missions on the platform can be redeemed in the Qlan Store as game and cash coupons, as well as digital and physical benefits including custom stickers and more. The full version of the app also allows gamers to seamlessly communicate with each other through automated chats and sync and update their in-game stats on their profile. “Our vision to create an ecosystem for gamers that recognizes and rewards their talent, helps them grow within the community and showcase their skills was given a huge boost during the launch of the beta phase. We managed to get steady organic registrations and impressive engagement numbers in the beta phase and its positive impact so far have been very satisfying. Of course, this is just the beginning and there is much more to come. We want to make sure that no gaming talent in the country goes unnoticed and our platform is a go-to for game and esports enthusiasts, giving them the perfect opportunity and access to connect with the industry and people who matter,” said Sagar Nair, co-founder and CEO of Qlan .

The platform has also placed emphasis on revitalizing the all-new video content interface developed exclusively for gaming content. Users can also play interactive in-app games to earn lucrative cash and game rewards such as in-game currencies, wallet money, and gamepass for mobile, PC, and console games. The deeper understanding of our community we achieved during the beta is a huge motivation for us to consistently work on making this platform more dynamic. Our goal is to develop the platform with the goal of making every minute gamers spend on the app a valuable and satisfying experience. India’s ever-expanding gaming space needs a network like Qlan to help aspiring gamers turn pro and make valuable contacts in the industry, help them build and flourish their careers, and make some concrete moves. to make. We hope our users enjoy and benefit from all the interactive updates introduced in the latest version,” said Navin Talreja, Co-Founder and COO of Qlan.

Qlan has so far clocked an average daily engagement time of over 18 minutes with over 100,000 unique content uploads. (ANI)

Also Read: At Least 6 Dead in Nepal Earthquake With a Magnitude of 6.3 on the Richter Scale; tremors felt in northern India

(This story has not been edited by Devdiscourse staff and is automatically generated from a syndicated feed.)