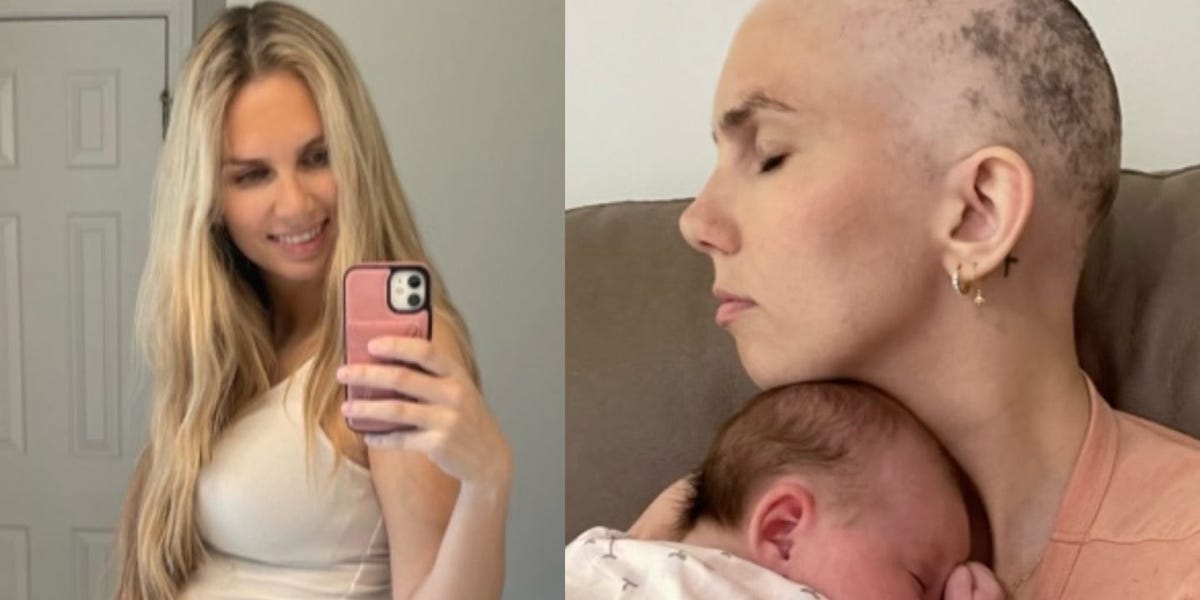 Lindsey Gritton said she was 34 weeks pregnant with her second daughter when she started feeling a burning sensation in her right armpit and the outside of her right breast in April. The burn would come and go, she said, but it lasted about a week. Shortly after, the 29-year-old said she discovered a lump on the outside of her breast, the size of a small marble.

Gritton said the lump resembled a blocked milk duct she had during her first pregnancy, but this one was a little different because she couldn’t unclog it herself and the pain persisted. She made an appointment with her midwife, who told her it was most likely a blocked milk duct causing mastitis, an inflammation of the breast tissue. The doctor prescribed her antibiotics, but Gritton said she was still skeptical.

Gritton recalled her doctor saying, “I’ve seen this a thousand times. I have so many people with this problem when they’re pregnant.”

“And I just knew what a clogged duct felt like,” Gritton said. “And so in the back of my mind I knew it wasn’t.”

Gritton said when she went in for her appointment a few days later, she knew by the ultrasound operator’s face that something was wrong.

“She kept going over it with her wand, and she kept looking at the screen. They aren’t allowed to say anything to you, but I could just tell from that look on her face that it just wasn’t right,” she said.

She said her ultrasound results indicated a high chance of cancer, and a biopsy a week later confirmed she had invasive ductal carcinoma. She said doctors had told her that the cancer had probably already spread because of the size of the tumor. However, they couldn’t know for sure until they did a PET scan, which wasn’t possible when Gritton was pregnant because of the radioactive tracers used in the scan, which can expose unborn children to radiation.

Gritton’s pregnancy was induced a week later, she said, three weeks before her original due date. After she gave birth, she said the PET scan confirmed she had stage 4 cancer that had spread to her liver. Two weeks later she started chemotherapy.

Gritton is hopeful, despite her diagnosis

Gritton said she has been undergoing chemotherapy for four months and going for treatments every three weeks. She said she was lucky to live close to her husband’s family in Gainesville, Georgia, who takes care of the children from time to time.

Gritton said she is hopeful that chemotherapy can eliminate most of her cancer. Her most recent scans showed that 80% of it is gone, she said.

Pleading for herself saved her life

Gritton said she wants to let women know how important it is to stand up for themselves when they are concerned about their health.

“If I hadn’t advocated for myself, I don’t even think I would be here today. Because from what they told me with my blood work and everything, my liver was already failing,” she said.

Young women should also be screened regularly for breast cancer, especially if they are pregnant, she said.