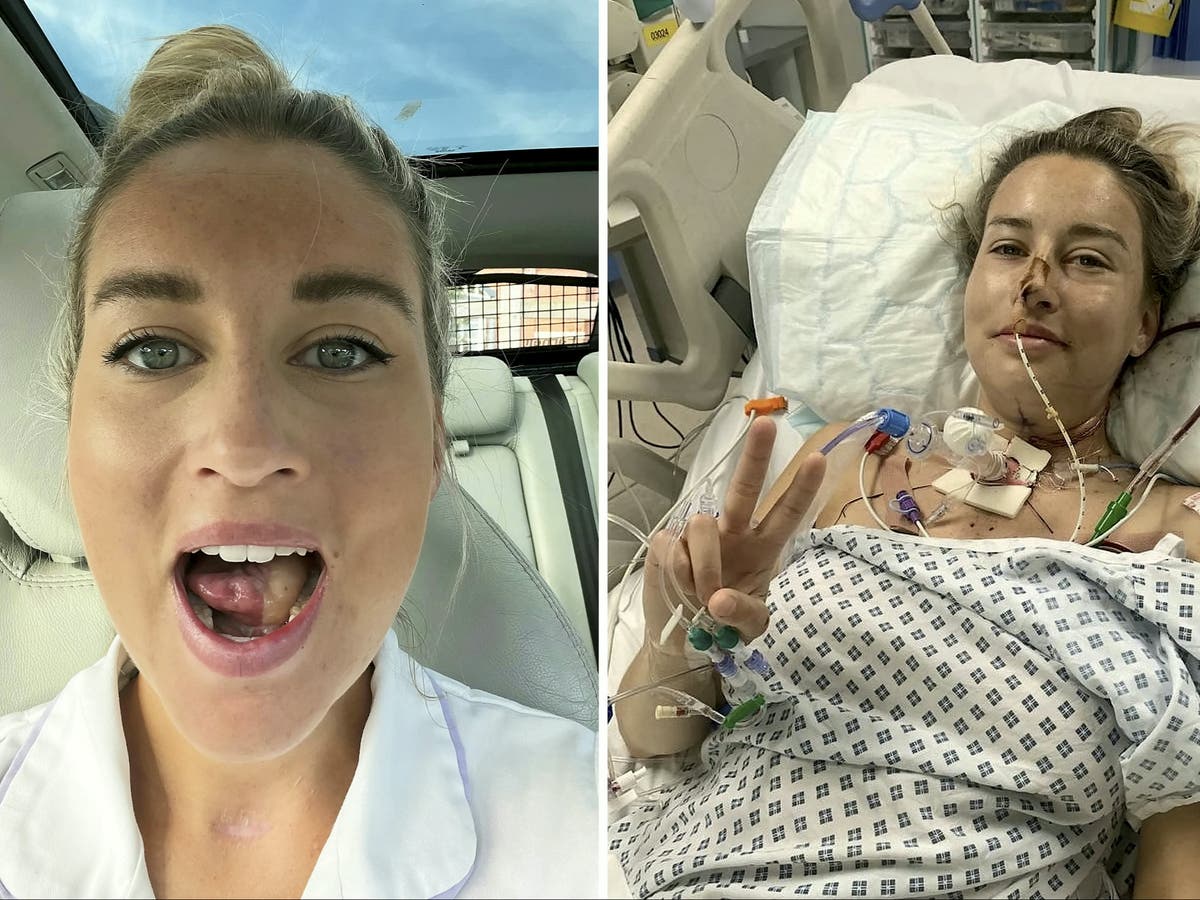 The number of oral cancer cases in the UK has increased by more than a third in the past decade, reaching an all-time high, according to a new report.

The number of cases has more than doubled in the past generation and previous common causes such as smoking and drinking are added by other lifestyle factors.

According to the Oral Health Foundation, 8,864 people in the UK were diagnosed with the disease last year – 36 per cent more than a decade ago, with 3,034 people dying from it within the year.

In the early stages, the symptoms of oral cancer can be subtle and painless, making it easy to overlook.

They may include a mouth ulcer that does not heal within three weeks, white or red patches in the mouth, unusual lumps or swelling in the mouth, head or neck, or a persistent hoarseness in the voice.

One in three mouth cancers is found on the tongue and 23 percent on the tonsil.

The other places to check for oral cancer are the lips, gums, inner cheeks, as well as the floor and roof of the mouth.

Nearly two out of three people have never checked their mouth for signs of oral cancer, despite it taking less than a minute.

Oral cancer survival rates have barely improved over the past 20 years, partly because so many cases are diagnosed too late. Just over half of all oral cancers are diagnosed at stage four, where the cancer is most advanced.

Dr. Nigel Carter, the CEO of the Oral Health Foundation, said: “While most cancers are on the decline, oral cancer cases continue to increase at an alarming rate.

“Traditional causes such as smoking and excessive alcohol consumption are rapidly being overtaken by emerging risk factors such as human papillomavirus (HPV).

“The stigma surrounding oral cancer has changed dramatically. It is now a cancer that can really affect anyone.

“We have seen firsthand the devastating impact oral cancer can have on a person’s life. It changes the way a person speaks, makes eating and drinking more difficult and often changes a person’s physical appearance.

“During the oral cancer action month, we will draw attention to oral cancer.

“We are urging everyone to become more ‘mouth conscious’ by being able to recognize the early warning signs of oral cancer and be aware of its common causes.

“Most importantly, if you notice anything unusual, don’t wait too long and seek help from a doctor or dentist.”

Charlotte Webster-Salter received the life-changing news that she had oral cancer when she was just 26. young woman who does not smoke.

But Ms. Webster-Salter represents a growing number of younger people being diagnosed with the disease.

Mrs Webster-Salter, who lives in Petersfield, Hampshire, said: “I had ulcers for about three to four years before I got my [mouth cancer] operation.

“I wasn’t worried about it at first, because I do get exhausted. I was jet lagged and flying my job all the time and sores are often a sign of celiac disease which I have so I blame it on that.

“They came and went, but always in the same area, they never completely went away, but they flared up when I got run over.

“They felt like ulcers, but just a bigger spot and they started to turn white, and they also had red around them, so they looked quite inflamed. I thought maybe it was a little bit of an infection or something.

As a precaution, Mrs. Webster-Salter went to the dentist and asked about it.

She said: “About a year before I had my surgery, I went to the dentist and they said, ‘Well, I don’t really know what it is, maybe because your teeth are rubbing, so we would advise straightening your teeth. and get your wisdom teeth pulled’.

“So I did. I paid for braces, had my wisdom tooth removed, and had really great teeth, but still had the sores.

“My mom kept telling me to get it checked, so I went to my doctor who sent me a biopsy.”

She finally got her biopsy in April 2021 after the sores got significantly worse. The biopsy showed that the sores were oral cancer.

She added: “I went in for the results and he asked, ‘Do you have someone with you today?’ I looked at him and said, “It’s not good, is it?” He replied, “No, it’s not. I’m really sorry, you have cancer.”

“I remember saying to him, ‘What do you mean? Certainly not,” and I think I almost laughed. It was such a shock because I’m otherwise a healthy person.”

Ms Webster-Salter underwent a nine and a half hour life-saving operation that involved the removal of part of her tongue. The removed piece was replaced with muscles from her leg.

They also took a lymph node from her neck to check if the cancer had spread, which it had not.

Due to the swelling from the surgery, she was given a tracheostomy, where a tube is inserted into the neck to help with breathing.

Ms Webster-Salter said: “My tracheostomy was fitted for seven days, so my body hadn’t swallowed or breathed through my mouth for so long that it often takes a while for your muscles to recover.

“I remember the first time they tried to take it out. They covered this hole so I could breathe through this and it wouldn’t, it just couldn’t, I think my body wasn’t ready because it was like I was choking because I couldn’t breathe through my mouth.

“It was like having a mouth full of straw or hay. It was just so hard, so hoarse, so tight. And I remember the panic, I was like no, I can’t do it, so they tried again the next day and then every day it got a little better and better.

After surgery, Ms. Webster-Salter had to learn to talk, eat and walk again through speech and physical therapy, but needs no further treatment.

Ms Webster-Salter added: “There is a stereotype for oral cancer. I was told ‘oh you’re too young’, ‘God it won’t be’. But it really can happen to anyone, not just smokers.

“People think you have to be like a very old man who smokes 50 a day, but you don’t. It took a little poster in the clinic to say, ‘Oh my god, that’s mouth cancer’ and by then it was too late anyway.

The goal of the Oral Health Foundation is to improve people’s lives by reducing the damage caused by oral diseases, many of which are completely preventable.