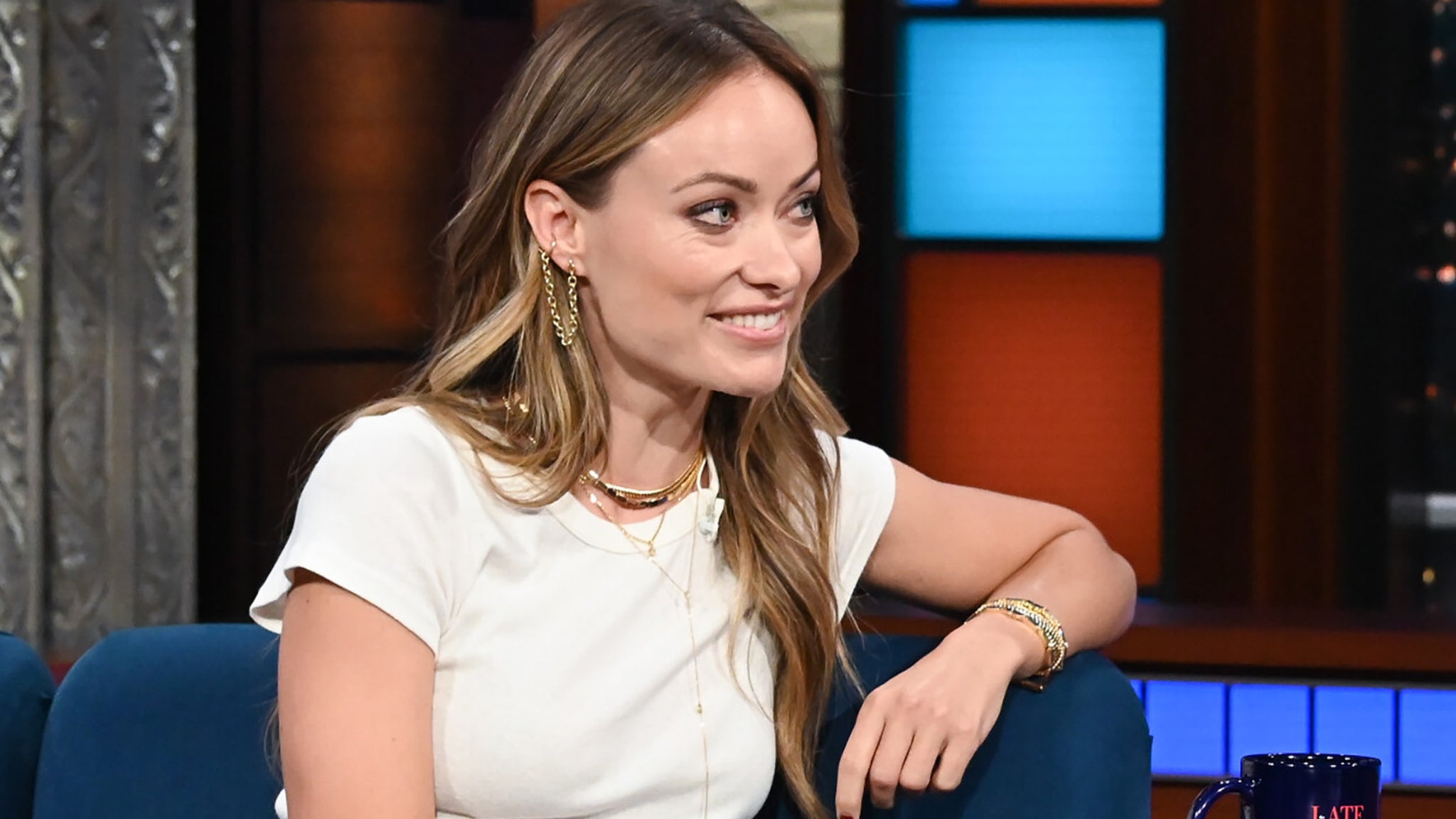 Wilde also elaborates on her rumored feud with Florence Pugh, wondering why female directors have to deal with these kinds of questions a lot more than their male counterparts.

Was Shia LaBeouf Fired By Olivia Wilde From The Set Of Her Movie “Don’t Worry Darling”? Are Wilde and star Florence Pugh arguing? Did Harry Styles Spit on Chris Pine? Anyone want to talk about the movie itself?

Wilde is certainly in the middle of a weird news cycle for an acclaimed director who is about to release their second film. The psychological thriller hits theaters on Friday, September 23, but much more time is devoted to behind-the-scenes drama. 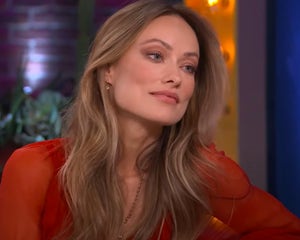 Olivia Wilde shares how she handles online stories, talks about life as a single mother

The director and actress addressed some of the production’s biggest rumors during a Thursday night appearance with Stephen Colbert on ‘The Late Show’.

One of the biggest stories to break out came early when Shia LaBeouf said goodbye to the film. When he was back in the spotlight in recent weeks to apologize for many different things, suddenly there were two different stories of what had happened, coming from Wilde and LaBeouf.

In one of those films, LaBeouf’s erratic and combative acting style didn’t match the kind of production set Wilde wanted to nurture and so she basically fired him. In the other message, she messaged him that she wanted him to stay and it was LaBeouf who stopped.

So what’s the truth? What if they are both right. Wait, huh?

Wilde commented on the shared messages, which she said were out of context. She went on to explain that she acted as a mediator early on to convince her stars to work together, but it didn’t work out. 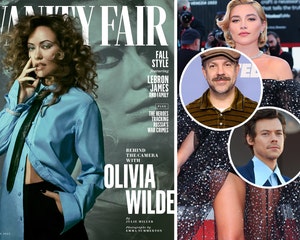 “When it became clear that it was not a sustainable working relationship, I was given an ultimatum.” It was the consequences of this ultimatum that created a situation where both versions of the story could be true at the same time.

But even that wasn’t the most ridiculous rumor to come out of the movie. When asked about the rumored feud between her and Pugh, Wilde initially evaded that question and skillfully turned to talking about “spitgate.” 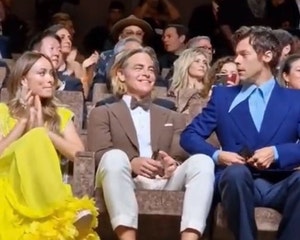 This moment came during the film’s premiere, with a clip that went viral as the internet debated whether Harry Styles spat on his co-star Chris Pine. Somehow, this became not just a trending topic, but a mystery that needed to be solved.

Well, Wilde is more than happy to oblige and tells Colbert it didn’t happen. “But I think it’s a perfect example of people looking for drama everywhere,” she said.

She also claimed that people can see video evidence of something not happening and “they will still see what they want to see, and that’s creating drama and that’s clickbait.”

To Colbert’s credit, he didn’t let go of Wilde. He allowed her to fully explain “spitgate” and then concluded that discussion by asking, “So no tension between you and Florence Pugh?”

Wilde kind of covered up her comments here, saying that she has “nothing but respect” for the star of her movie, and that “there’s nothing cooler than a busy actress.” She finally said, “I have nothing against her, for whatever reason.” 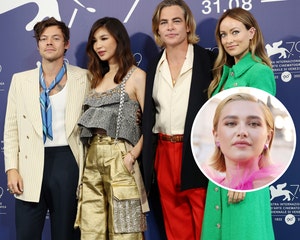 When pressed for Pugh not to show up for the film’s press conference, Wilde was willing to talk about how her male directing colleagues don’t have to face these kinds of checks over things that aren’t their film itself.

“They are praised for being tyrannical. They can be examined over and over again. It still doesn’t overtake conversations about their actual talent or about the movies themselves,” she said.

Colbert agreed, saying that even if every rumor about her and this movie were true, it would still be “pretty light Albert Hitchcock or one of the great directors we admire so much.” 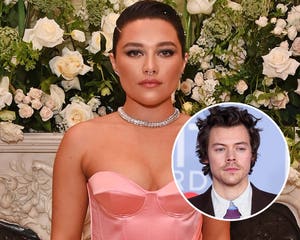 “This is something we’re used to,” Wilde said. “It’s just very different standards being created for women and men… in the world as a whole, of course, we’re not just talking about Hollywood.”

She said that going through this over the past three years to get this movie fully to this point has changed her way of thinking about the internet, but she also sees an incredible irony in what happened.

“This is all what the film is about,” she explained. “The film is about the stories that are fed to us and whether we choose to accept them or question their sources.”

Wilde also spoke about the film and the joy of playing opposite her daughter and portraying “the drunken 1950s version of” herself, inspired in part by her grandmother. You can watch that video below and watch “Don’t Worry Darling” in theaters on Friday.