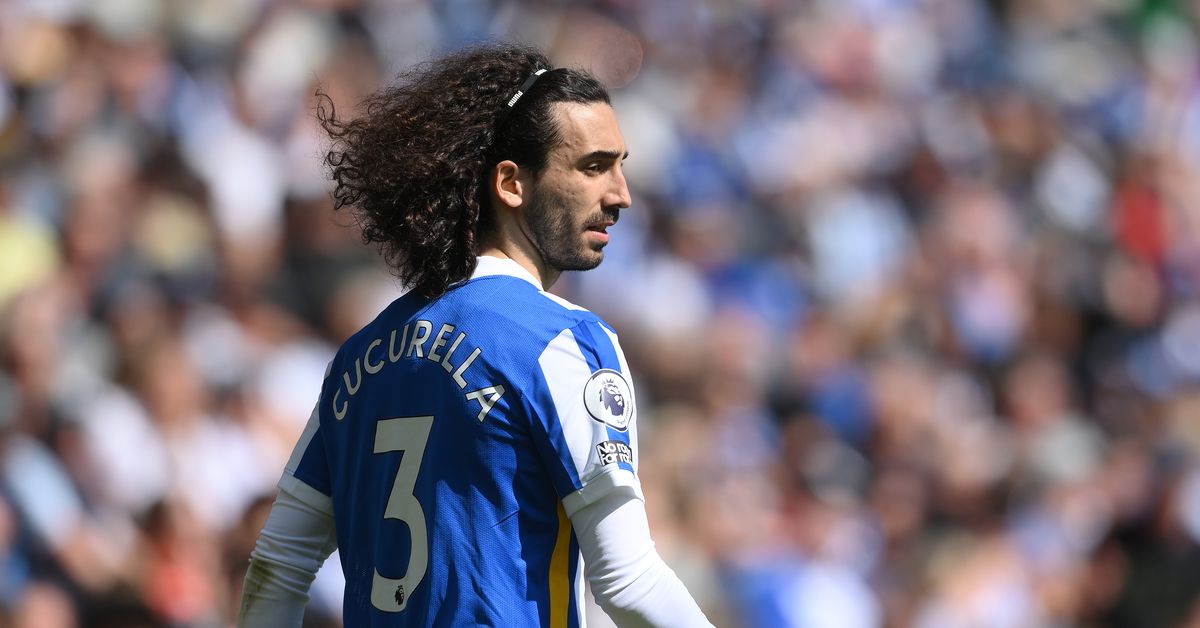 Chelsea’s latest big splash in the summer transfer window, pushing our spending to over £150m, comes with a lot of hair and big expectations as 24-year-old left-back Marc Cucurella comes over from Brighton & Hove Albion.

A dramatic week where this transfer happened, then didn’t happen and then happened again has now been seen over the line for a reported £55 + 7 million transfer fee, with Cucurella signing a six-year deal to tie him to the club until 2028. In return, Brighton will also get our young centre-back Levi Colwill on a season-long loan.

Following reports from numerous media outlets this week, we can confirm that an agreement has been reached with Brighton and Hove Albion for the signing of Marc Cucurella.

Cucurella had been on our radar for a while and Chelsea were already playing strong (perhaps £30million) for his signature a few years ago, although we would instead sign Ben Chilwell and Cucurella eventually in Spain with Getafe. He would eventually move to England twelve months later and impress Brighton well enough to become their Player of the Year and Player of the Year, earning his move to SW6.

Mostly a left back, Cucurella has also played a fair amount of left center back in a back three, which gives us a lot of flexibility on that side of the defense.

“Marc is an elite defender of proven Premier League quality and he will further strengthen our team for the new season. We will continue to work on and off the pitch and we are delighted to have Marc a part of Chelsea’s present and future.”