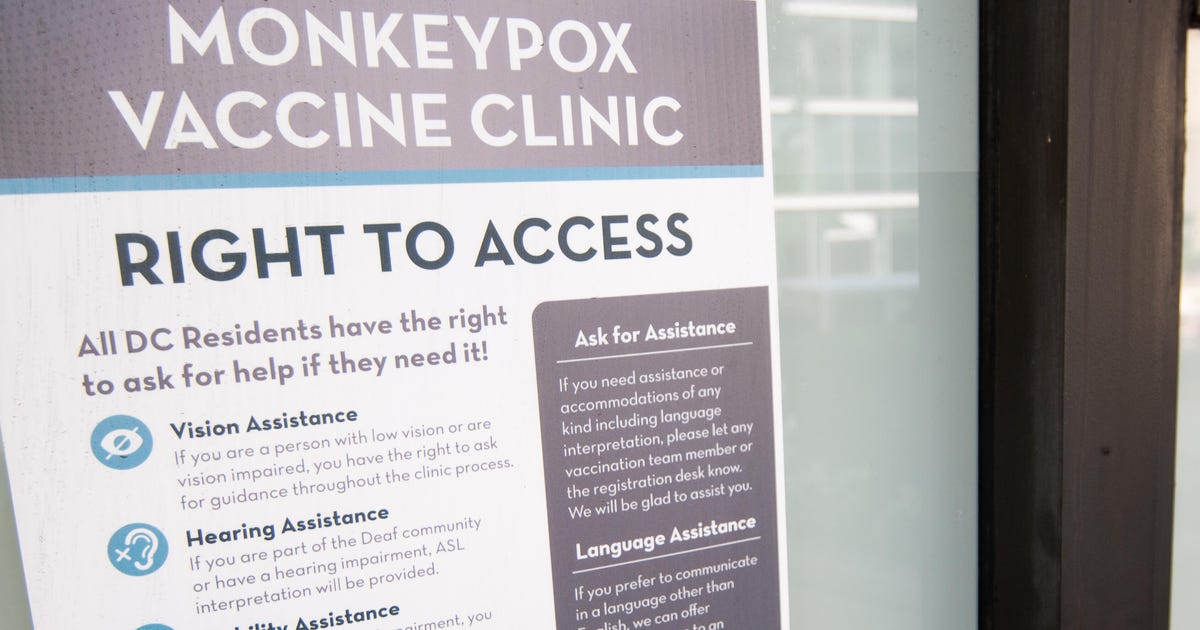 Monkeypox has been endemic to West and Central Africa for years, but its spread to dozens of countries where it usually goes unreported has led the World Health Organization to declare it a global health emergency.

As of Aug. 6, there were more than 27,800 confirmed cases in countries that have not reported monkeypox in the past, including more than 7,500 in the U.S. alone, according to the U.S. Centers for Disease Control and Prevention.

Health officials are especially concerned because the current outbreak is showing slightly different symptoms, including painful rashes, blisters and open sores. And most cases are among men who sleep with menwhich has not been the case in Africa.

Here are the symptoms to look out for, including early signs of monkeypox and how the current outbreak is presenting differently from the previous one. To learn more about monkey pox testing, transfer, and treatment, read.

What is monkey pox?

Monkeypox is a virus in the same family as variola virus, which causes smallpox, although it is milder and rarely fatal.

It was first identified in laboratory monkeys in 1958, and the first documented human cases were in 1970, in half a dozen children in Central Africa. Today, monkeypox is endemic to parts of Central and West Africa, especially the Democratic Republic of the Congo.

Initially, transmission was mostly through animal contact, but in 1996 most cases of an outbreak in Congo were human-to-human.

Read more: What gay and bisexual men should know about Monkeypox

The first reported cases of monkey pox in the US were in 2003, all of which were traced to infected prairie dogs.

The death rate is very low, between 1% and 10%, and deaths usually occur in young children and people with compromised immune systems due to HIV.

What are the first signs of monkey pox?

While many people don’t realize they have monkey pox until the telltale rash occurs, some early signs can include flu-like symptoms:

Symptoms of monkeypox are similar to, but usually much milder than, those of smallpox, which were eliminated in 1980, according to the WHO.

What are the symptoms of monkey pox?

Monkeypox can manifest as a rash or individual sores that look like pimples or blisters and can appear almost anywhere on the body, including the hands, face, chest, groin, and inside the mouth or anus.

Lesions may be flat or raised and full of clear or yellowish fluid and will eventually dry up and fall off.

How do monkeypox symptoms differ from previous outbreaks?

CDC Director Rochelle Walensky said in a June briefing that historically, after reporting flu-like symptoms, “a characteristic, often diffuse rash appears on multiple sides of the body, often on the face, arms and hands.”

But in more recent cases in the West, some patients have developed a more localized rash — often around the genitals or anus — that is quite painful. Others develop spots that resemble a pimple or blister as opposed to a widespread rash. And flu-like symptoms may never show up.

Some patients in the U.S. have reported proctitis, a painful inflammation of the rectal lining that can cause diarrhea, bleeding and discharge, according to the Mayo Clinic, as well as a continuous feeling of need to use the bathroom.

The CDC has warned that the different presentation could lead to monkeypox being misdiagnosed or missing altogether.

Read more: How do I get the Monkeypox vaccine?

The illness usually lasts two to four weeks, although the incubation period varies from five to 21 days, according to the CDC. That means people are likely to develop symptoms within three weeks of exposure.

Unlike COVID-19, monkeypox is generally believed not to be contagious during the incubation period. In general, you can spread monkey pox until the sores heal and a new layer of skin forms.

Transmission can occur through direct skin-to-skin contact with lesions, rashes, scabs, or fluids. It can also be transmitted by touching surfaces, clothing, or other objects used by an infected person.

Contact with respiratory secretions – such as through coughing or sneezing – can also spread the virus, although it is not yet known whether transmission can occur through semen or vaginal fluid.

The information in this article is for educational and informational purposes only and is not intended as health or medical advice. Always consult a physician or other qualified healthcare professional if you have any questions about a medical condition or health goals.