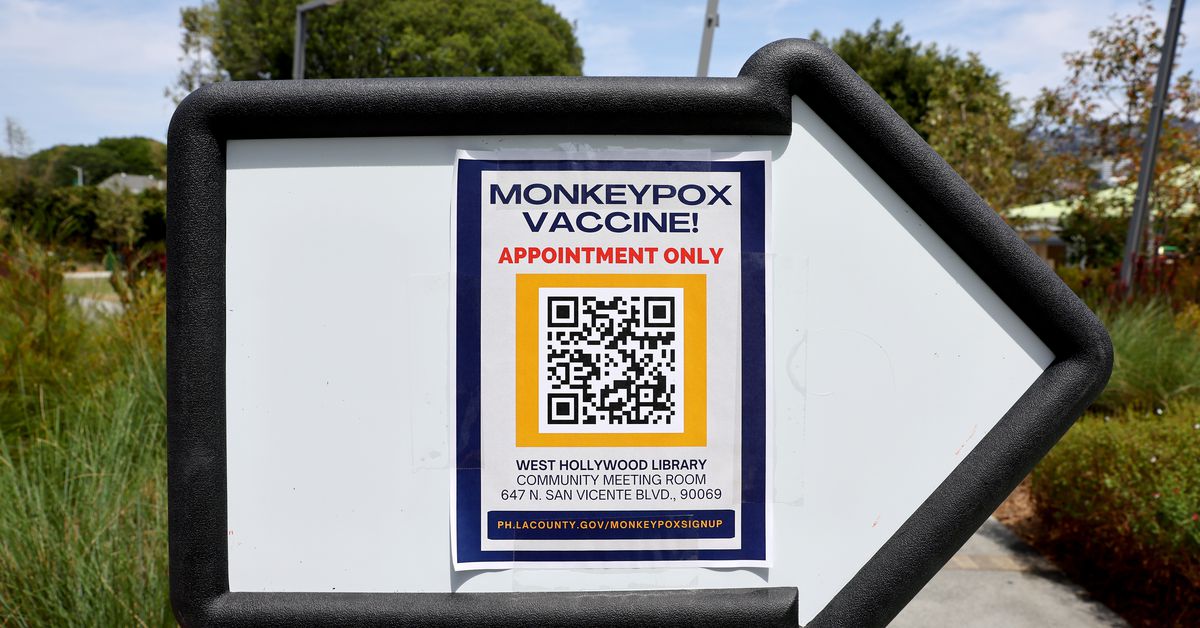 In May, public health officials around the world began tracking cases of monkeypox, including in places where the disease usually doesn’t spread. In addition to spreading in Central and West Africa, where the disease has historically emerged, outbreaks have also spread to Europe, the United States, South America, and other parts of the planet.

The World Health Organization has declared a public health emergency of international concern over the global spread of the disease, and the Biden administration on Thursday declared a public health emergency for the monkeypox outbreak in the United States, two months after cases of the disease began to crop up in the country. .

Here’s what you need to know about monkey pox.

What is monkey pox?

Monkeypox is a disease caused by the Monkeypox virus. It is a similar virus to the virus that causes smallpox. The first human case was identified in 1970 and since then it has mainly caused outbreaks in a handful of countries in Africa.

Should we blame monkeys for monkey pox?

Leave the monkeys alone. Monkeypox got its name because it was first identified in a research monkey in 1958. But this virus likes to hang out with lots of small furry critters, especially rodents. One of the last outbreaks in the US occurred in 2003 when some domestic prairie dogs shared space with infected mammals from West Africa.

TL:DR: Don’t lick your chinchilla if you have monkey pox.

Where does monkeypox spread?

Cases of monkey pox are appearing all over the world. At the moment, cases are mainly clustered among men who have sex with other men, but anyone can contract the virus.

What are the symptoms of monkey pox?

The most telltale signs of monkeypox are blister and pimple-like lesions on the body. In the past, cases of monkey pox usually involved lesions all over the body. However, during this outbreak, many patients have only a few blisters on one part of the body, such as the genital area. Patients also have a fever, swollen lymph nodes, headache, and other flu-like symptoms.

The disease is usually not fatal, but can be very painful. It usually takes two to four weeks.

I’m getting flashbacks – is this COVID-19 all over again?

No, this is not COVID-19 again. This is not a new virus. Scientists have known about monkey pox for decades, even if it hasn’t surfaced in so many countries before. There are already treatments and vaccines that work against it. Even if most people in the US had never heard of monkey pox, we’re not starting from scratch like we did with the coronavirus.

Is this monkeypox outbreak a pandemic?

No. Although Monkeypox is spreading all over the world, it is still considered an outbreak. There aren’t really any official criteria for a pandemic, but the World Health Organization is ultimately calling out whether a disease outbreak qualifies, and it hasn’t happened yet. The last pandemic declared was COVID-19 in March 2020, which was about yesterday or eight decades ago, depending on how distorted your perception of time has become over the past two years.

Monkeypox now stands out as a public health emergency both in the US and the world. Emergency declarations help countries and organizations free up resources to take more public health measures during an outbreak.

How can I be tested for monkey pox?

At present, monkey pox testing is still limited in the United States. People can be tested by doctors or emergency care providers. Tests require taking a monkeypox lesion and sending it to a lab for testing. However, some people with symptoms and rash say they still have trouble accessing tests — many doctors are still unfamiliar with the disease.

Are there home tests?

There are no home tests for monkey pox. Most tests still require health care providers to sample a monkeypox lesion, and there is currently no way for anyone to do that alone. Some groups are developing tests that use saliva.

Should I take a monkeypox vaccine?

The good news is that there is already one FDA-approved vaccine to prevent monkeypox: Jynneos. The bad news is that it is currently scarce in the United States. State and local health departments are making it available to people with known monkeypox exposure, because post-exposure vaccination can prevent the virus from multiplying. Public health officials are also offering the vaccine to the groups where the virus primarily spreads: men who have sex with men and people who have recently had multiple sexual partners in areas where the disease is spreading.

How is monkeypox transmitted?

Monkeypox mainly spreads through face-to-face contact – when someone has close physical contact with someone infected with the virus. At the moment it seems to spread mainly through sexual contact, which is one of the reasons why we see infections clustered in sexual networks. It would be possible to get monkeypox by touching objects or fabrics (such as sheets) that have come into contact with monkeypox lesions. But that’s probably not a huge transmission method, and basic hygiene measures (wiping surfaces, washing hands) should reduce the risk.

The monkeypox virus can potentially spread when infected people exhale and others close by inhale that exhalation, but it’s not nearly as contagious through that route as COVID-19. We don’t see any cases where people contract the virus simply by being in the same room for a short time as someone with monkey pox — which is what we’re doing with COVID-19.

Why is monkeypox suddenly spreading so quickly?

Researchers are still trying to figure out why monkeypox started to spread beyond the places where it is commonly found. It could be because of new features of the virus that allow it to travel undetected, but it’s an open question.

Should I be concerned about getting monkey pox on the subway?

Monkeypox mainly spreads through close physical contact, so the subway shouldn’t be a big risk – just wear a mask (masks are still required on the NYC subway) and wash your hands.

Does Monkeypox make it okay to film someone with a skin condition in public?

What? No. This is repulsive. Do not do this.

Where can I get the latest information about Monkeypox?