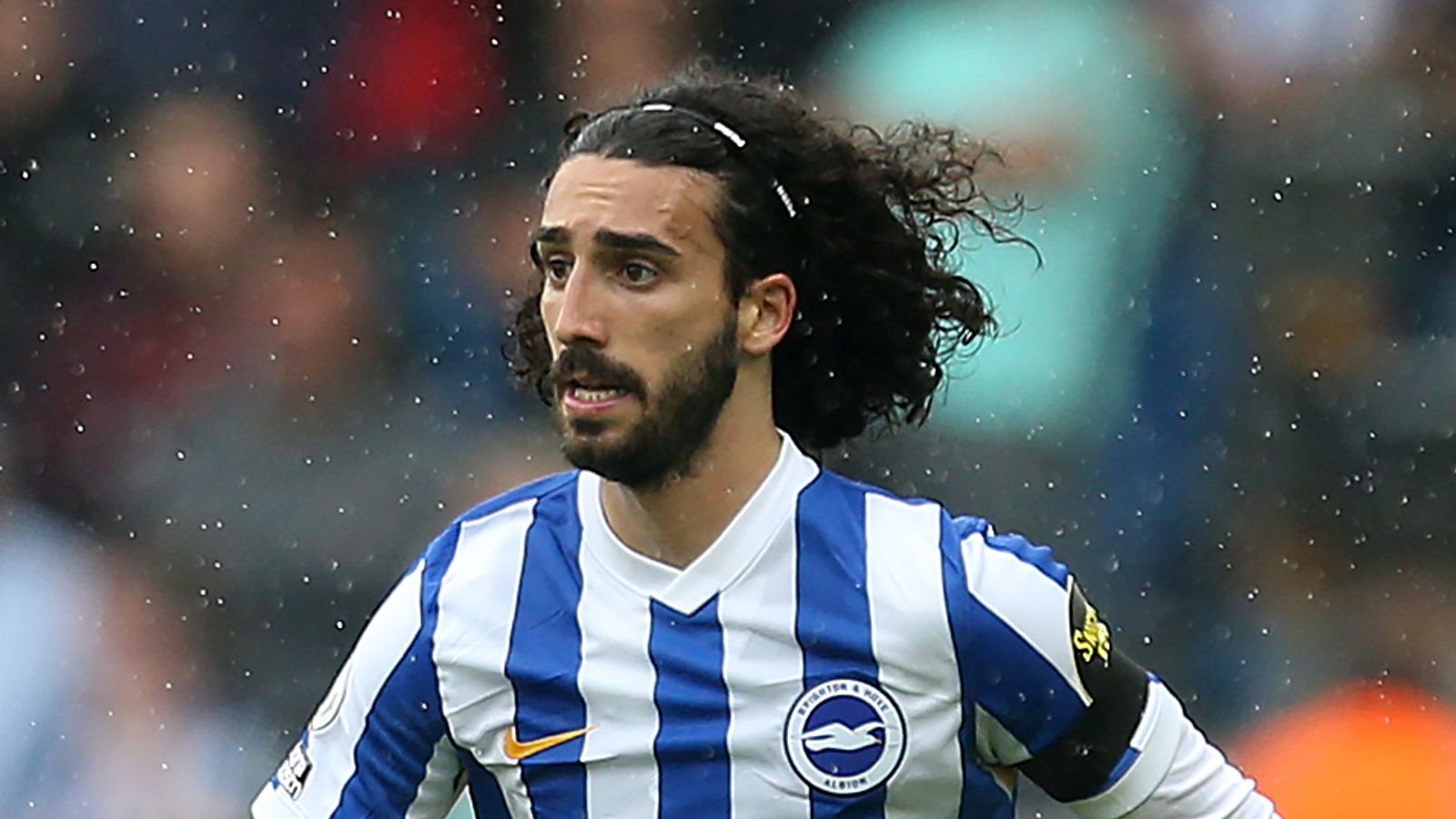 Chelsea have finalized the signing of Brighton’s Marc Cucurella on a deal worth more than £60 million.

The 24-year-old, who has agreed a six-year contract, was signed up in time to play against Everton on Saturday Night Football, live on Air sports.

Chelsea took a dive in Brighton announcing the deal and repeated the format of their Tweet earlier this week, denying reports that a deal had been reached for the defender.

It follows the arrival of Raheem Sterling from Man City (£47.5m), Kalidou Koulibaly from Napoli (£33m), Gabriel Slonina from Chicago Fire (£12m) and Carney Chukwuemeka from Aston Villa (£20m) for a total spend of £172 yards so far.

Cucurella will rival Ben Chilwell, who was bought from Leicester two seasons ago for £50million as a left-back – but head coach Thomas Tuchel says his new signing offers versatility across the backline.

“It helps for [fit-again] Ben to escape the pressure of ‘I have to deliver and we absolutely need you right now’,” said Tuchel.

Use Chrome Browser for a more accessible video player

Laurie Whitwell of The Athletic discusses the latest press stories with Chelsea willing to break the world record for Wesley Fofana and could there be a reprieve for Cristiano Ronaldo?

“We also have Marcos Alonso and Emerson, but Marc is the option in this position and he can play very well in the back. He has the profile of Azpi (Cesar Azpilicueta) with a left foot. He gives us a lot of options.”

“Ben is very ambitious, he couldn’t wait to get back to team training. It seems he needs a little more time to adjust to the rhythm and physicality of the match itself, which is normal. It is a demanding competition and we have to deal with him and not throw him in.”

Manchester City tried to sign Cucurella but could not live up to Brighton’s appreciation of the Spain international.

It is also a record amount for a full-back, matching the £60 million deal City have agreed to sign Joao Cancelo from Juventus to the Etihad in 2019.

Chelsea’s affairs are far from over with the Blues working on a deal for Leicester defender Wesley Fofana.

They are also in the running for Barcelona midfielder Frenkie de Jong, Manchester United’s main target this summer.

Colwill is loaned to Brighton from Chelsea

Levi Colwill has been loaned from Chelsea to Brighton for a season.

The England under-19 defender had a successful spell at Huddersfield Town last season and will now spend the new Premier League season with Albion.

Head coach Graham Potter said: “Levi has enormous potential and has already shown his ability last season in the Championship and with England at various age groups up to under 21.

“I’m really looking forward to working with him on the training ground and in games over the course of the season.

“He usually plays as a central defender, but has also played on the left as a fullback and he is a player who is comfortable with the ball.”