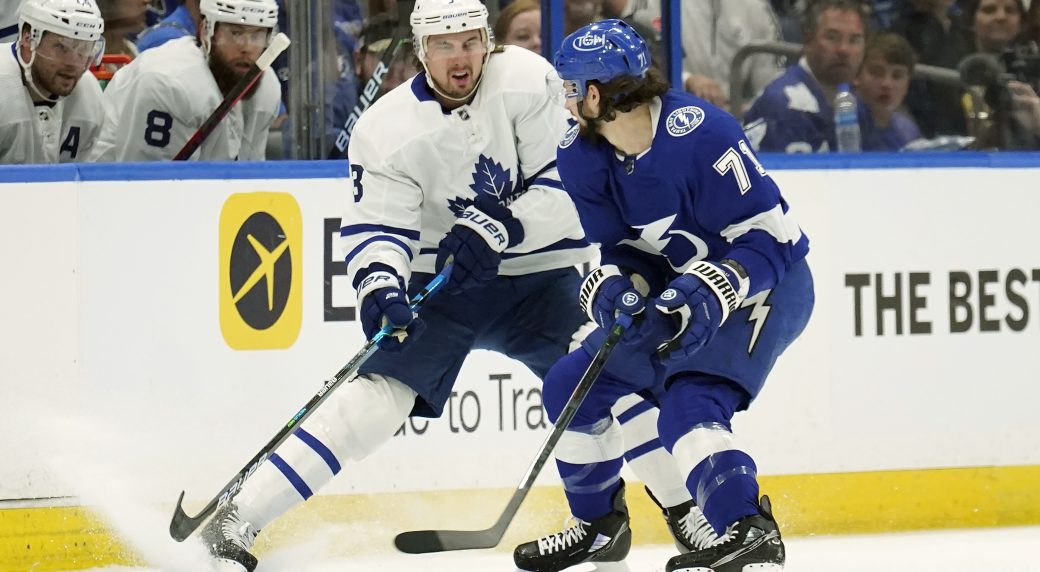 TORONTO – If you’ve yet to turn the page, as professional athletes are ordered after every last buzzer, the Great Big Book of Toronto Maple Leafs Games will be open until May 12 and 14 – a pair of agonizingly narrow-goal losses for the eventual Stanley Cup finalists .

For the sake of the nation, we will not confess the misery. But with two key figures in Toronto’s Game 6 and Game 7 defeats speaking publicly this week for the first time since those potential series clinchers, it’s worth capturing their feelings.

“You try to learn from every experience, right?” the attacker said Friday. “Actually no different than in recent years. You learn from those experiences, but you also try to wash them away as quickly as possible.

“Because once it’s done, it’s done. There’s not much you can do about it.” 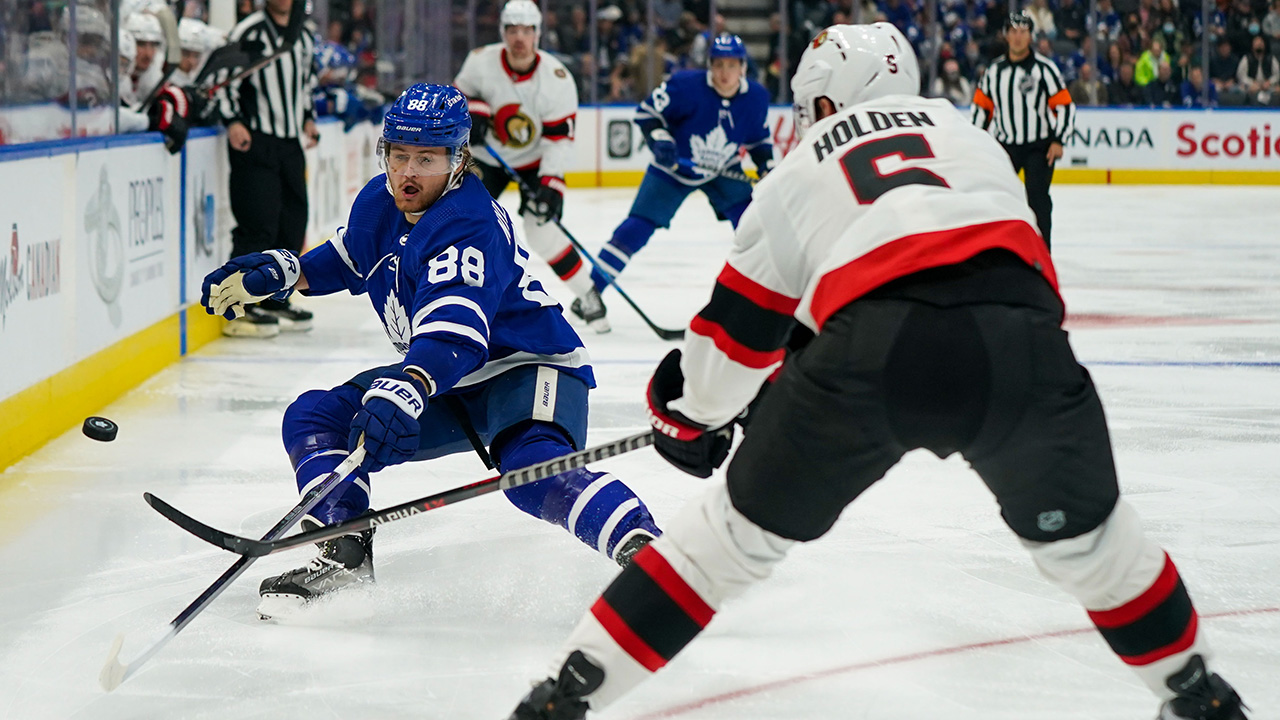 Game 6 took its toll on Kerfoot.

Fair or not, some will remember his 2021-22 campaign, not for posting a career-best 51 points and plus-19 rating, but for turning in an expensive neutral zone giveaway to Ondrej Palat in Period 1 and committing a high-sticking minor 200 feet from his own net in Period 3 that led to a prolonged 5-on-3 Tampa powerplay.

Both blunders led to lightning strikes and the Maple Leafs lost 4-3 in overtime.

“My emotions weren’t great. Obviously you never want to be on that side of things. And it’s different in a team sport than it is in an individual sport,” Kerfoot said.

“In an individual sport you can live with those mistakes a little easier because it’s all up to you. In a team sport you make such a mistake, it has consequences for the group. It affects the organization. It affects the fan base that cares so much about this team. So yes, it sucks.

“You never want to be involved in plays like that. But it happens. Like I said, you have to wash it out and move on to the next one. Obviously, the series didn’t go the way we wanted. But when the season is over, it’s over.” “Done. And you just have to focus on getting better. I mean, I care a lot about this game, this sport, this team. I want to do my best for this group. I just have to keep doing that from day to day.” 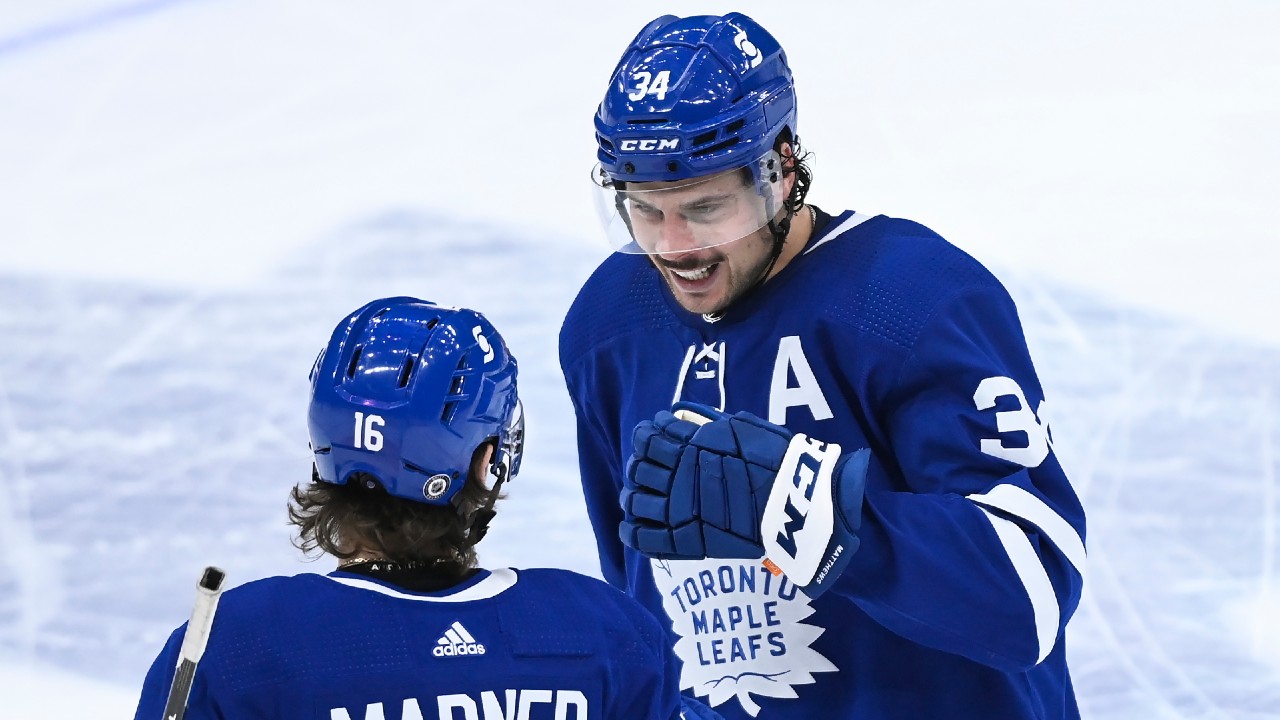 Credits Kerfoot for answering questions about an old game with new horizons ahead.

The player moves on, towards a chance of redemption and a critical contract year. He won’t cry over spilled milk.

“Penalties are coming. It was a difficult time in the game for something like that. But they won fairly. They are a very good hockey team,” Kerfoot said.

Leafs fans who believe in multiversa might be freaking out wondering how the playoffs could have gone if Tampa had left without a two-man advantage… or if Justin Holl hadn’t been called up to interfere in Game 7.

Holl’s pick of Anthony Cirelli in the cycle freed John Tavares to snipe a puck past Andrei Vasilevskiy that, for a moment, looked to bring Game 7 to 1-1.

Unfortunately, Holl was called for interference and the goal never made it to the backboard – a moment the defender relived during the off-season.

“That was a tough decision. I felt like we were both going down the same path. And I was actually trying to get out of the way, and [Cirelli] came to mind – or so I felt. And maybe if that’s not a target, it won’t be called. But it was just a kind of bang-bang situation. Obviously I didn’t like it, but that’s what it is,” Holl said.

“I don’t think I would have done it differently. I tried to get out of the way. You just try to make the right decision at the right time, and sometimes things don’t go the way you want.”