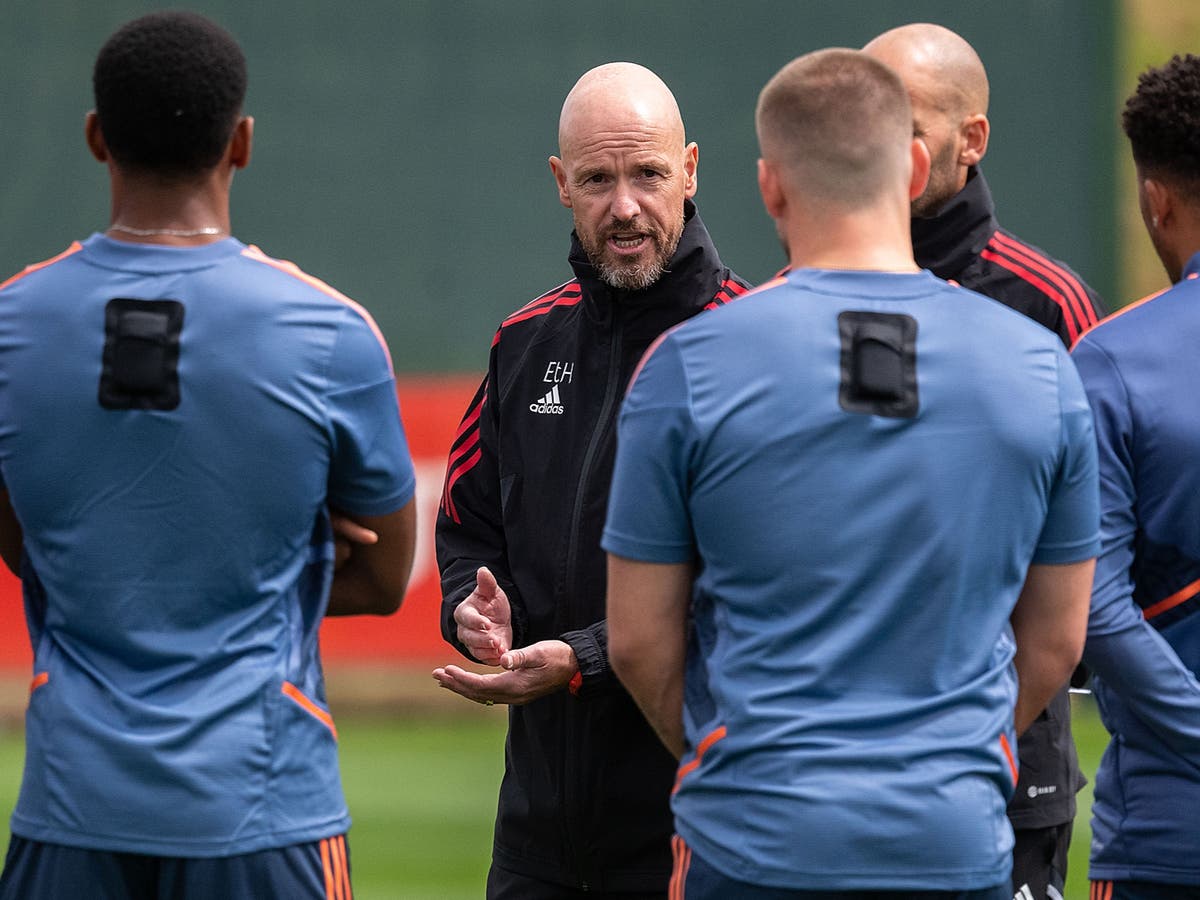 Manchester United have been eyeing Lisandro Martinez in a defensive role in midfield for the past week, with a view to potentially playing the new signing in that role against Liverpool. Erik ten Hag knows he has to change something within the team, to try to change everything else around the club. However, even a stuttering Liverpool can cause it to get worse before it gets better. Maybe much worse.

That’s an ominous thought, given how bad it has been. Ten Hag is ‘completely stunned’ by the first two results. He just didn’t see it coming, especially with how promising the preseason had seemed.

The Dutch coach has had a series of talks with staff and officials about how to get out of this, although some of them were just a reflection of another growing concern for Ten Hag. That is his accompanying shock to the club structure, amid so much uncertainty about the future of the property.

Ten Hag is now beginning to fully understand what some football figures warned him about, and how challenging the Premier League is. He noticed how high the quality of the bottom half is compared to their equivalents in the Eredivisie. That is very different from Ajax.

Take one of the most controversial stories of the summer. That is the status of a megastar in Cristiano Ronaldo.

Where Ten Hag initially wanted to make the Portuguese his centerpiece, he is increasingly annoyed by the situation. Many within the club now think it would be better if Ronaldo left.

It points to one of the main reasons the preseason was so different. There was a fresher mood around the camp. Players like Harry Maguire, Jadon Sancho and Marcus Rashford looked more alive, both in play and demeanor. However, Ronaldo’s return has greatly dampened the mood. It has changed the chemistry. He is more intimidating to some players than the manager.

Despite this, Sporting and Atlético Madrid would be willing to take him for free. The United hierarchy currently insists he stay. Joel Glazer, who has to make almost every decision at the club, is especially unwilling to penalize it. He attaches great importance to the commercial profile of Ronaldo.

Ten Hag still has to work around that, one of the reasons why he wanted another attacker. There’s only been more frustration there, pointing to some of the biggest problems with the structure.

United are scrambling to meet transfer targets, really exposing a club that doesn’t have a good plan and usually reacts to everything. It’s like Arsenal 2011, Chelsea 2017 or Barcelona 2020. Industry figures talk about how to sign almost anyone and you wouldn’t be surprised.

Take some of the names of recent days, up to and including a Jamie Vardy that many in Leicester City consider spent. Danny Welbeck, who has been exposed in meetings, is undeniably one of the better options.

Ten Hag has pushed for a striker for September 1, as well as a midfielder and another fullback, while continuing to lead Frenkie de Jong. He will probably be disappointed. Many now see De Jong’s signing as impossible.

Ten Hag will therefore probably not get one of the players he saw as essential to realize his ideal faster.

The first two games showed why the signing was much more important than people realized. That’s why they have been such a shock and have even gone beyond the terrible results they were.

At the most astonishing moment of the season yet, with Brentford’s almost farcical second goal, four United players failed to execute the fundamental first step of Ten Hag’s entire game plan. That’s why this is such a deep crisis. The players literally cannot do the basics.

When David De Gea wanted to play a simple pass from a kick-out, he and the three players around him hesitated so visibly, which so clearly energized Brentford and the entire stadium. They could feel the fear. They could sense opportunities. Mathias Jensen winning the ball and scoring became an inevitability.

What could Liverpool do in the same situation? Can Ten Hag really play the same way? Against this opposition?

Ten Hag is faced with a dilemma, in which it is impossible not to have great sympathy for the manager, albeit with some reservations.

The Dutch coach’s first two games show a manager who was ideologically dogmatic on the one hand, but who made far too many compromises on the other.

He has insisted that United play exactly the way he wants to, but with fundamental roles filled by senior players who can’t or won’t play that way. De Gea doesn’t have the ability to play with his feet at that level. Ronaldo does not have the will to push through like that, because he was against it again in training. And these are his team’s two bookends, the pillars.

Compare that to Pep Guardiola when he tried a similar approach at Manchester City. Joe Hart didn’t even get a chance. Guardiola just knew he couldn’t do it in training. Sergio Aguero, meanwhile, had to change his entire game.

Guardiola was ruthless. However, the city manager could afford to be ruthless. Can Ten Hag? It feels like there is an obstacle almost everywhere.

He could drop De Gea, but United currently have no suitable replacement, it would eat up their limited budget considerably to get one, and even then the Spanish goalkeeper is sitting on £350,000 a week. That is a lot of money to be left in the bank in a summer where United have been so frugal.

Likewise, the questions are increasing whether it is wise to invest in all of Ten Hag’s specific objectives before they have their recruitment department in order. There is an inherent risk of, in the words of one source, “filling the team with Eredivisie players”. The jump to the Premier League is huge, and that’s before you get to the more literal jokes about Martinez.

It’s no exaggeration to say that United’s start, and therefore their entire season, could have been shaped by the first few seconds of the season and that initial line-up. Ten Hag played against Martinez in the middle half and Brighton immediately aimed at him with a high ball. It immediately put United on the back foot, causing panic and doubt. You could say they haven’t recovered yet.

That is why Ten Hag has to make the switch. Given what Liverpool could be doing to United, it can be argued that the obvious solution is to sacrifice the system for this game and go as deep as possible.

The usual counter argument, from a coaching perspective, is that the short-term gains aren’t worth the medium-term costs. When a manager tries to introduce a new system, a team can never really understand it if it doesn’t go through with it in the most demanding situations. That’s how you really learn. There is another example of Guardiola. In his disappointing first season at City, when John Stones was pilloried for poor performances, as he initially struggled with the extent to which his manager wanted him to pass the ball regardless. Guardiola told him to ignore all criticism, all cries of the crowd.

The problem, as Brentford’s second goal showed, is that United are even far off the mark. They have so much to master to even get to that point.

It’s remarkable to say from a club of this size, but that’s the result of a string of bad coaching arrangements. The team as a group has had no training in modern methods. So it should be clear that United are only trying to frustrate Liverpool, especially given Jurgen Klopp’s own poor start to the season. It also helps that they don’t have the suspended Darwin Nunez, so they can’t bomb United in the same way.

However, if United try to carry on as they are, it could be even worse than Brentford. The stadium can become very hostile – if the match is happening at all.

All of this comes amid the prospect of more fan protests and increasing uncertainty about the owners’ future.

Ten Hag has no choice but to ignore that for the time being. He has to force a change.