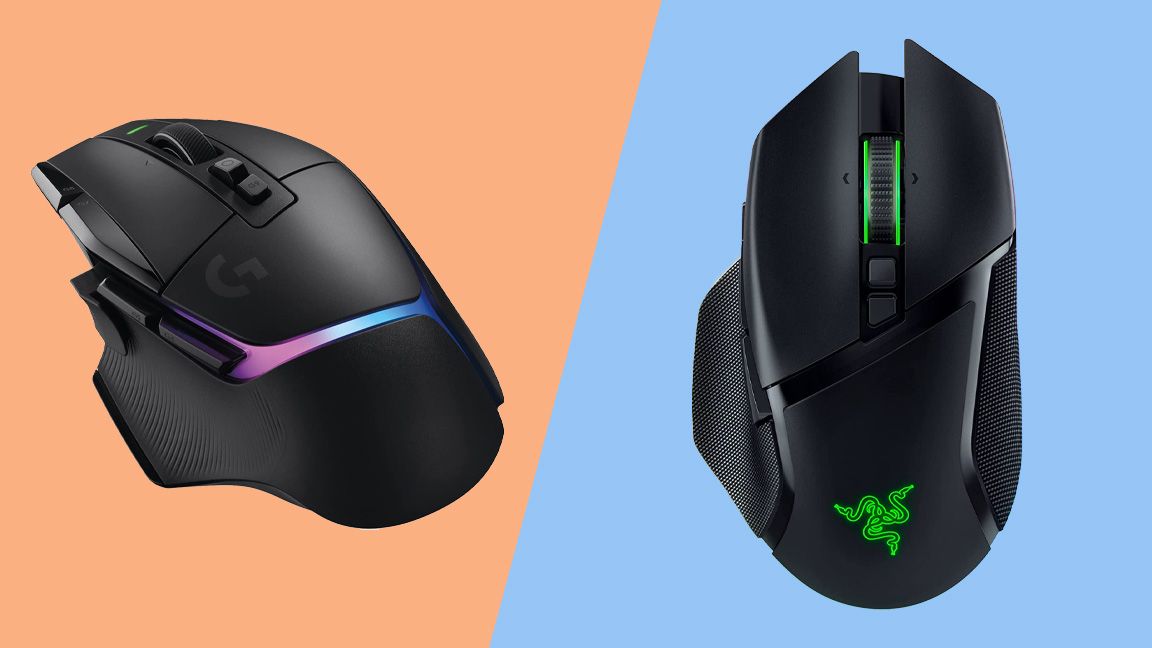 Among the many gaming mice that stand out as particularly high quality lately are the Logitech G502 X Plus and the Razer Basilisk V3 Pro. Gamers understand that having a quality gaming mouse can not only enhance your gaming sessions, but also protect your hands from permanent damage. That’s why it’s so important to choose one with excellent specs and great ergonomic design, and why gamers are especially demanding when it comes to those features.

Office workers already understand the importance of having the best mouse to improve productivity and work performance, so it’s just as important for gamers to invest in the best gaming mouse that will improve their sessions and overall competitive performance.

Now the question remains: which is the better of these two gaming mice? We analyze each based on three criteria: price, design and performance. From there, based on said categories, we’ll break down which gaming mouse is the best to buy.

In the US, both the Logitech G502 X Plus and the Razer Basilisk V3 Pro are identical prices, sitting around $160. That’s pretty steep for a mouse era, of course, but getting high quality is an investment and well worth the price of entry if you want a mouse that can play hard while supporting your hand and wrist.

The UK and Australia are in a similar situation, with prices for both mice being roughly the same. The Logitech costs £149.99 in the UK and AU$299.95 in Australia, while the Razer costs £159.99 and AU$289. The price difference between the two is literally ten, meaning that no matter which mouse you choose, there’s no real difference in cost. Of course, Australia suffers from a high sales price, but that is unfortunately common in the tech market.

And the fact that these gaming mice are readily available in all of these regions, and that prices are so consistent across those regions, is also impressive. They are also available in many other countries.

The Logitech G502 X Plus and the Razer Basilisk V3 Pro are designed with excellent ergonomics in mind. They’re both great for those using a palm or claw grip, with center bumps and deep dips in all the right places to make sure your fingers fit perfectly, as well as textured side panels to keep your fingers in place.

Overall, the Logitech is better suited for claw grips, with the Razer being more comfortable for palm grips, thanks to the former having side buttons slid slightly forward for easier and seamless access, while the latter has a better mid-bump and deep dips on both sides and a thinner body.

The Razer also has the Synapse software for adjusting the RGB lighting and DPI presets, changing polling rates (125Hz, 500Hz and 1000Hz), and reassigning or assigning a macro to the mouse buttons. The Logitech also has software to macro-program and remap all 13 programmable controls, which are hybrid optical-mechanical switches and require only a light touch to activate.

However, the Logitech takes a win over the Razer mouse due to its much lighter weight, meaning that during more intense gaming sessions you can move the mouse around much more easily and with less strain on your hand and wrist. The Logitech also has great thumb rest support, with the button there having an adjustable tail for those with shorter thumbs.

The DPI on the Logitech G502 X Plus and the Razer Basilisk V3 Pro is excellent, with settings high enough that only professional gamers will appreciate and the rest scratch their heads at the fast speeds. The latter has a slightly higher DPI of 30K versus the former’s 25K, though both are obscenely high values.

The Razer has two main features: the Hyperspeed Wireless that delivers low latency and the Focus Pro 30K sensor that delivers ultra-accurate tracking. Meanwhile, on the Logitech front, we’ve got the HERO 25K sensor that delivers fast and accurate performance no matter what game you’re playing, and the Lightspeed wireless connectivity that got a huge responsiveness boost from its predecessor.

There’s one problem with the Razer, though, and that’s its feet. Whether it’s a desk surface or one of the best gaming mouse pads, whether it’s a leatherette mouse or a desk pad, it suffers from dragging. This is of course a big problem if you play competitively and will definitely influence your buying decision. Fortunately, the Logitech mouse doesn’t suffer from this problem and works fine on any surface or pad.

In terms of battery life, the Logitech has a lifespan of 60 hours without RGB lighting and 48 hours with it switched on. The Razer can charge wirelessly, with the purchase of a Mouse Dock Pro, which is hugely convenient, but adds to the mouse’s already high cost.

Logitech G502 X Plus VS Razer Basilisk V3 Pro: Which One Should You Buy?

The Logitech G502 X Plus and the Razer Basilisk V3 Pro are both excellent gaming mice with great performance and a host of features that can only enhance your gaming sessions. Their ergonomics are also top class, with design features that ensure the highest level of comfort and ease of use.

However, the Logitech G502 X Plus is a slightly better mouse than its competitor because it has a lighter form factor, has a superior battery without the need for another accessory to enhance it, and is flexible enough to fit on any desk surface or mouse pad. to work.

Much of this particular decision comes down to preference, as some prefer a heavier mouse and the ability to charge it wirelessly without worrying about running out of battery during an intense gaming session. But for those looking for overall design and performance, the Logitech is the way to go.