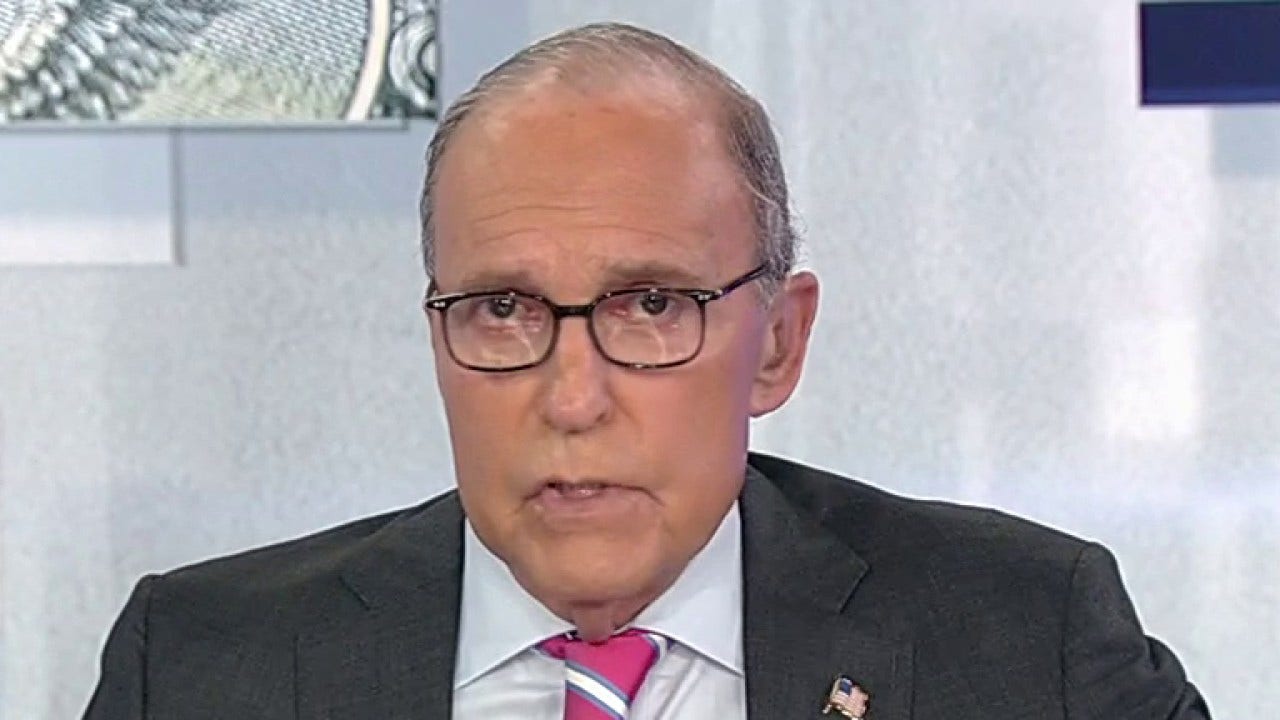 Good news today, in two parts. First, more Americans are at work. That is definitely good. Corporate wages rose 471,000 in July, with an annual pay increase of 5.2%, 6.2% if you’re a worker.

The unemployment rate has fallen to 3.5%. The small business household survey, not so strong: +179K.

So in the first half, the economy was negative during a recession. We’ll see about Q3 after the good job report. We still have a major inflation problem, although market price indicators have declined.

The Fed has more work to do to deplete its balance sheet and bring its Fed fund target above inflation. I don’t know where that will end up, but 2.5% is still way too low. My guess is that base inflation is probably around 5 to 6%, but let’s cheer that there are more Americans at work.

Besides, if we had decent supply-side economic policies with lower tax rates and deregulation, we’d have nothing to fear from a 5 to 6% wage increase, but we have a highly over-regulated economy and many threats and more are coming.

Think of the right policies as tax cuts and royal dollars. The first generates growth incentives, the second keeps prices low. That is the optimal policy mix. Second piece of good news: capex investments are being pulled out of the Manchin-Schumer monstrosity.

Thanks to Senator Kyrsten Sinema, probably the worst part of this stupid bill has been removed. Taxable profits will replace minimum company book profits, at least to the extent that 100% expenditure on factory equipment and technology is involved.

There is no legal text yet, so we don’t know everything we need to know about this deal yet, but the lethal shot at business investment, as far as I know, has been removed. So hats off to Senator Sinema. I’m sure she’s watching our show every night and constantly taking notes, removing the most economically damaging part of this crazy bill.

Also, the provision for carry interest, which taxes private equity funds based on capital gains with a three-year holding period, has been removed. Of course, that still leaves the IRS DC swamp facility to attack small businesses and conservative groups. There are also controls over the price of drugs, which, by the way, the CBO actually rates as a price increase, not a cost reduction and, of course, the war on fossil fuels — we’ll call it $430 billion — giving the EPA new power to to regulate greenhouse gases and God knows what else.

Then we have the social spending that includes new Obamacare subsidies. That costs about $250 billion, on top of the $430 billion fossil fuel war, plus of course the $285 billion CHIPS+ bill.

Fox News host Sandra Smith gives her take on the state of the economy as many Americans see record inflation on ‘Kudlow’.

So if you add it up, it’s almost a trillion dollars in expenses. It is not paid for. It just might drive inflation and there are all kinds of tax hikes left in this little piece of left-wing awakened utopia that we don’t really know much about.

Like I said, it’s a stupid, crazy bill. America doesn’t need it. Only the extreme left wants it. It won’t help the economy. It will not reduce inflation. It will create a lot more deficits and debt and, if you hadn’t guessed, it’s not my cup of tea.

House Budget Committee member Buddy Carter criticizes the president for trying to bail himself out of a recession, telling “Cavuto: Coast to Coast.” this will add to America’s rising debt.

In any case, there is no investment tax for small businesses. In any case, no wealth tax will be confiscated and the investment expenditure will in any case remain a tax-free deductible amount. So in the final moments of the left-wing progressive rule in Washington, I think I can say it could have been worse. I know the Watchers wanted it much worse, but you know folks, this is a pathetic bill and it’s a pathetic agenda and it’s a pathetic Democratic Party.

Nothing to beat inflation. Nothing about the . to grow economy. Nothing to close the border. Nothing to solve the crime wave. Their agenda is nothing. Pathetic, but I also know that the cavalry is coming and it would be great if we could save America and kill the rest of this bill.

This article is adapted from Larry Kudlow’s opening commentary on the August 5, 2022 edition of “Kudlow.”