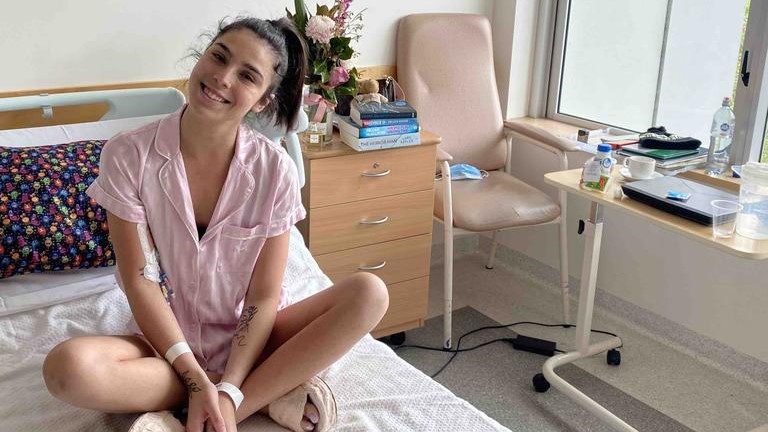 South Australian Jordan Lambropoulos was diagnosed with Crohn’s disease at the age of nine and has been fighting for her life ever since.

The 24-year-old woman from Adelaide regularly visits Sydney for treatments and surgeries. In the past six months alone, Jordan has had nine surgeries.

“Crohn’s disease is all I’ve ever known,” Jordan shared The advertiser.

While the disease itself is usually not fatal, it can cause serious complications if left untreated.

For Jordan, Crohn’s disease has been aggressive and she has never been in remission. She follows a restrictive diet and lives with a colostomy bag outside her abdomen, which she hides under her clothes.

Despite this ongoing battle, Jordan continues to maintain a positive attitude and spread awareness for Crohn’s disease through her social media.

“It’s not something that should be stigmatized because at the end of the day it’s a disease we didn’t get — no one chooses to live with a bowel disease,” she said.

“The best thing we can do is talk about it and raise awareness.”

Jordan will travel to Sydney again in January for a bone marrow transplant.

She dreams of studying medicine so she can become a surgeon and hopefully help others suffering from the disease.