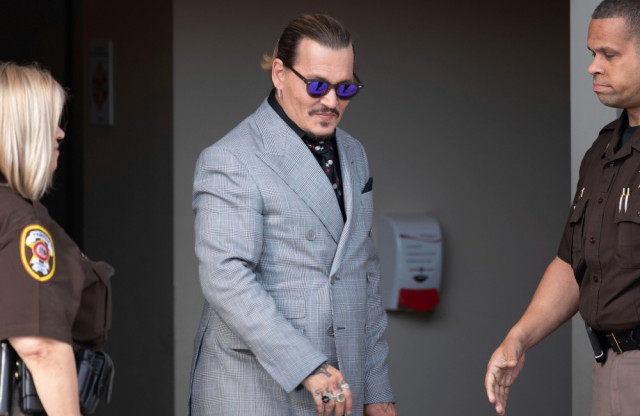 Depp goes out with his lawyer

The 59-year-old actor is said to have entered into a relationship with lawyer Joelle, 37, after she worked with him in 2018 on his libel case against the newspaper The Sun.

A source told UsWeekly, “Their chemistry is off the charts. It’s serious between them. They’re the real deal.”

The ‘Pirates of the Caribbean’ star, who was previously married to ‘Aquaman’ actress Amber Heard, lost his libel case against the British tabloid but won a defamation case against his ex-wife, in which she claimed to have been subjected to alleged domestic violence throughout their marriage for a magazine article.

The insider further noted that while Joelle, who was not working on his defamation case, had no “professional” obligation to attend the June hearing, she attended the Virginia courtroom to show her “support” for Johnny, claiming that the couple had “dates” in hotel rooms in the early days of their romance.

It comes after the news that the story about the infamous libel trial will be the subject of a new movie and is “soon” in production.

Sara Lohman directs from a script by Guy Nicolucci.

Adam Lewinson, Chief Content Officer, Tubi, said in a statement: “With our partners at MarVista, this Tubi Original was quickly put into production to capture a timely take on a story that became part of the cultural zeitgeist and a unique picture of what millions saw playing in the headlines over the summer.”