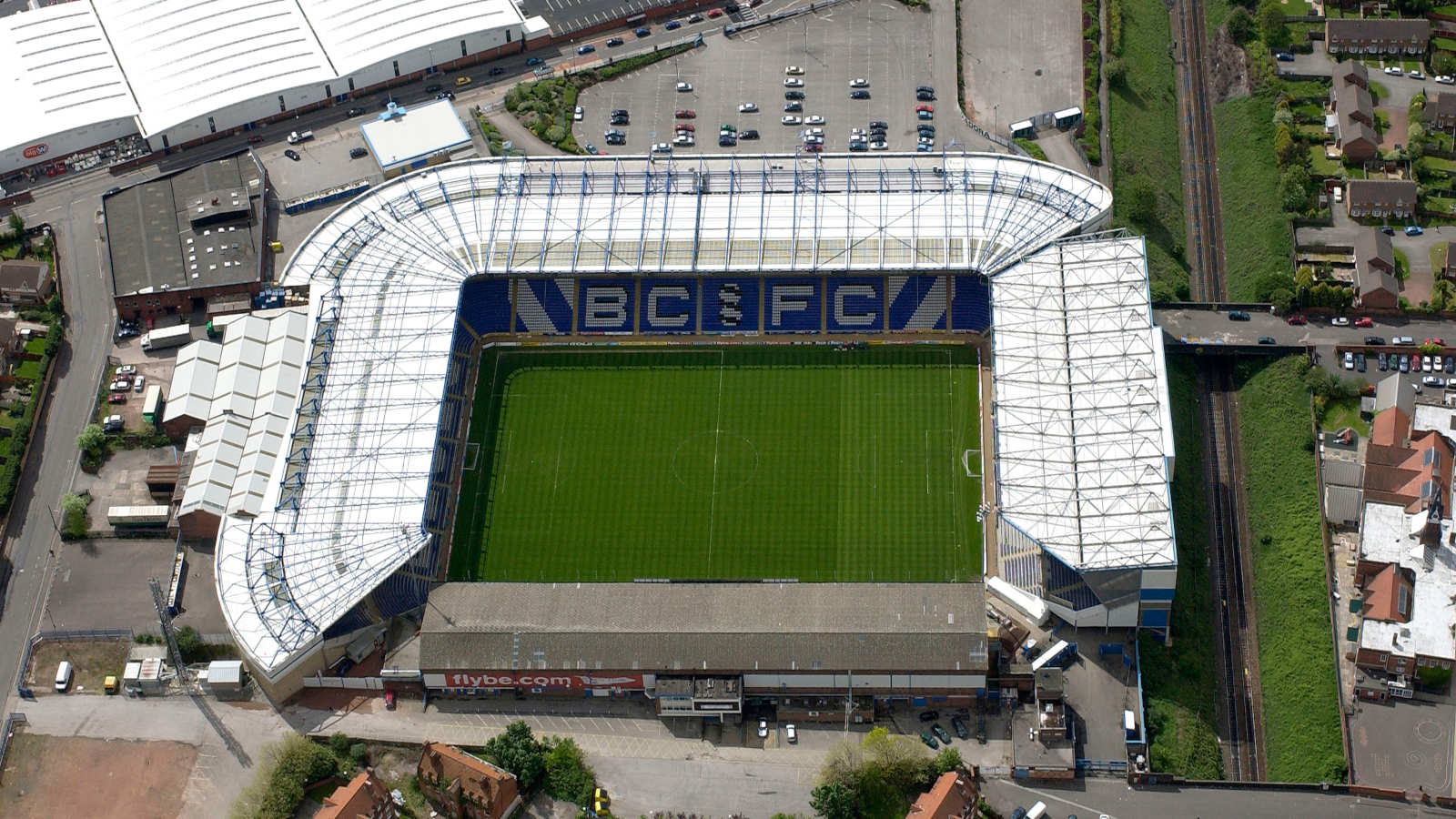 Reports of polio in London are reminiscent of how the death of a Birmingham City player in 1959 prompted people to get vaccinated against it.

The news that all children aged one to nine living in Greater London will receive a polio vaccine after the virus is discovered in sewage water will come as a shock to many. Polio is a disease that has been considered effectively eradicated, and its return is another unpleasant health surprise following the Covid-19 pandemic and recent reports of the spread of monkeypox.

For some, its return is a reminder of a bygone era. Polio is a terrible disease. One in 200 infections leads to irreversible paralysis, and of those who end up in this condition, between 5% and 10% die when their respiratory muscles become immobilized.

It occurred in this country until the late 1950s, when the death of a professional football player from the disease had far-reaching consequences for the health of all of us.

At the start of the 1958/59 season, Birmingham City fullback Jeff Hall was 28 years old and had been with the club for nearly nine years, having first seen the head scout playing on his national service.

After making his debut for the club in 1951, two years later he became a regular in the first team and was part of the team that finished the 1955/56 season in sixth place in the First Division – still a club record – and the FA reached Cup Final for second and last time to date. He also played 17 games for England.

The night before a First Division game in Portsmouth on March 21, 1959, Hall complained that he had trouble swallowing. There was nothing particularly bad about his performance the next day and it wasn’t until after the game when he appeared (according to journalist Dennis Shaw in his 2014 autobiography A Game of Three Halves) “to look awful, pale-faced, watery.” eyes, exhausted’.

Hall asked if he could return to the West Midlands in a car rather than with the team coach as he felt it would take longer.

Hall coached a Birmingham youth team that was scheduled to play in a five-a-side televised tournament the following day and was eager to come back to support them. Those who saw him at the tournament confirmed that he looked good, but this turn of events did not last. The next day he was rushed to the hospital where he was immediately diagnosed with polio.

Players from both Birmingham and Portsmouth were immediately quarantined, and those from other clubs who had played them in the previous weeks – including a broadcast crew who had filmed FA Cup semi-final repeat between Luton Town and Norwich City at St Andrews’ three days before Hall’s last appearance for Birmingham – were ordered to visit their doctors for tests. 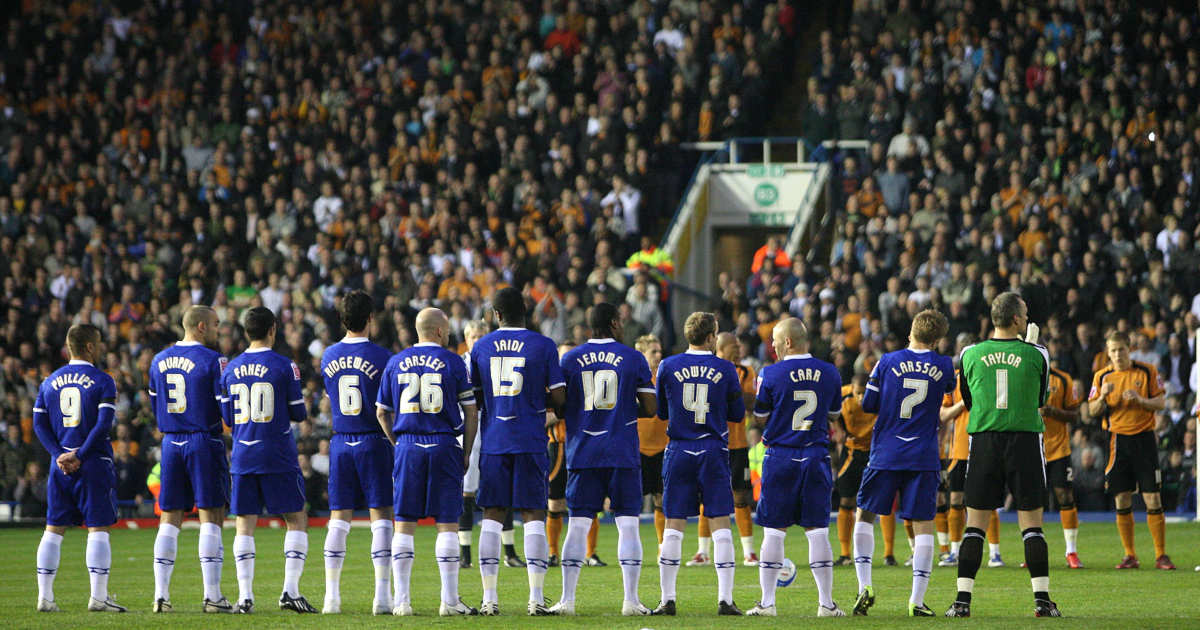 By this time, a polio vaccine had been available in Britain since 1956, but its introduction was slow. Initially offered only to children, public support had been severely tarnished by a rushed introduction to the US that caused people to get the virus through the vaccine itself, and by 1958 only a little more than half of those eligible had taken it.

It was already known at the time that strenuous exercise could help spread the virus throughout the body, and there was huge media coverage of Hall’s condition following his hospitalization in both the local and national press, with daily updates on his condition. The last of these updates was published on April 1, 1959. Despite extensive surgery as his condition worsened, Hall died on April 4, 1959. He was 29 years old.

The death of Roger Byrne, the Manchester United left-back in the Munich air disaster, just over a year earlier, meant that both England fullbacks had died before the age of 30 between 1955 and 1957.

Local newspapers in Birmingham began reporting a large increase in the number of people receiving the polio vaccine within days of first becoming ill, and the week after his death, a pre-written message from Health Secretary Derek Walker-Smith was sent. read on every football pitch in the country urges young people under 26 to get vaccinated without delay.

An extraordinarily brave television interview with his widow Dawn had an equally stimulating effect, and within weeks there were reports that stocks of the vaccine were running low and had to be suspended in some parts of the country.

Dawn Clements spent the rest of her life advocating for the vaccine and warning about the risks of this preventable disease, and within just a few years the benefits of her campaign had become apparent. There were over 3,000 cases of polio in the UK in 1955, the last year before the vaccine was introduced. By 1963, that number had dropped to just 39, and within two decades, the disease seemed to have been wiped out in this country.

There has still not been a reported case of polio in this country since 1984 and the UK was formally declared polio-free in 2003. recognized posthumously for her work on the Queen’s Birthday Honors list in 2016.

There is no cure for polio. The vaccine is the only option. But preventable as it was, Hall’s death was not in vain. It’s impossible to say how many lives were saved by the vaccination storm that followed his death, but the answer is likely in the thousands. Prior to the introduction of the vaccine, polio epidemics would result in up to 7,760 cases of paralytic polio in the UK and up to 750 deaths annually. The ‘polio season’ was a well-known medical phenomenon.

That this should have been reduced to zero is testament to both the power of vaccines, an advocate who tirelessly promoted them, and a professional footballer whose life wouldn’t have been cut short had he been able to take it himself.