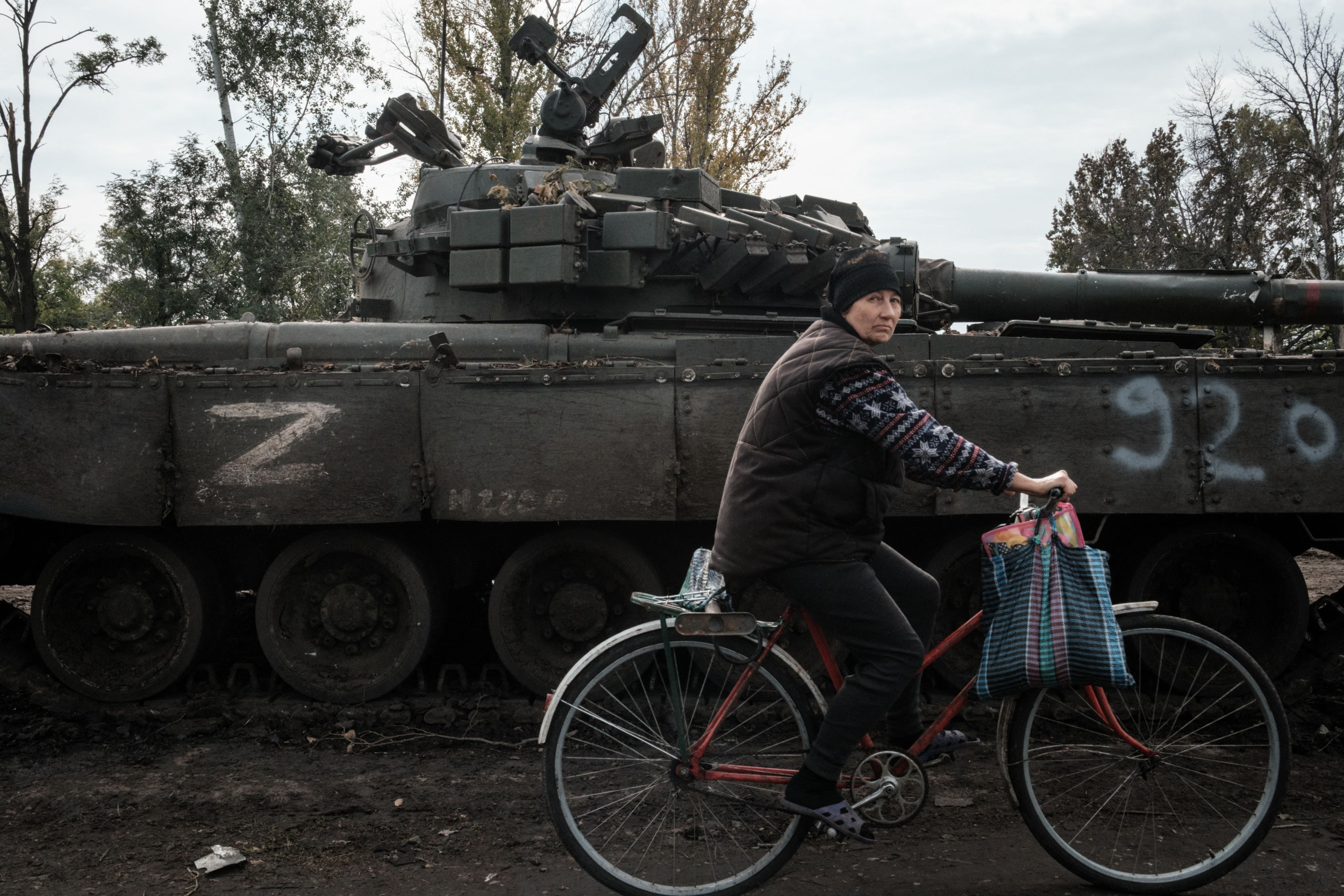 The counter-offensive by Ukrainian forces with which they recaptured occupied territory has been boosted thanks to the acquisition of Russian tanks, British defense officials said.

Ukraine relies on Western military support in its fight, but it can also count on the contribution of its aggressor, with recycled captured Russian equipment comprising much of Ukraine’s military equipment, the British Ministry of Defense said.

The Ministry said on Friday that Ukraine had likely captured at least 440 Russian main battle tanks (MBTs) and about 650 other armored vehicles since the invasion began on February 24. Russians.”

“The failure of Russian crews to destroy intact equipment before withdrawing or surrendering highlights their poor state of training and low levels of combat discipline,” the defense officials said.

It added that with Russian formations under “severe pressure in various sectors” and with “increasingly demoralized troops, Russia is likely to continue to lose heavy weapons”.

The findings are consistent with other stories of Russian weapons being left on the battlefield as Vladimir Putin’s forces hurriedly retreat.

A Ukrainian soldier named Birdie said: The Telegraph that Russian troops had “left behind an enormous amount of vehicles and ammunition” during the Kharkov counteroffensive. In the meantime, The Wall Street Journal reported that Russian forces had left behind large numbers of tanks, other armored vehicles, howitzers and armor.

An unnamed artillery officer told the newspaper that the Russians “no longer have a firepower advantage” after leaving heavy weapons and warehouses of supplies in a disorganized retreat.

Ukraine previously struggled to match Russia in firepower and relied on Russian or Soviet equipment.

But the WSJ reported that Russian equipment was being mobilized against Putin’s forces as Ukraine advances beyond the recently recaptured city of Lyman in the Donbas region.

The Oryx website, an open-source outlet that tracks the use and losses of military equipment, counted 449 Russian tanks captured by Ukrainians as of Friday.

The Ukrainian Armed Forces posted a mocking tweet on September 11, it said that Russia is “trying to maintain its status as the largest supplier of military equipment to the Ukrainian army.”

The Ukrainian military “loves its trophy ammunition,” it added.