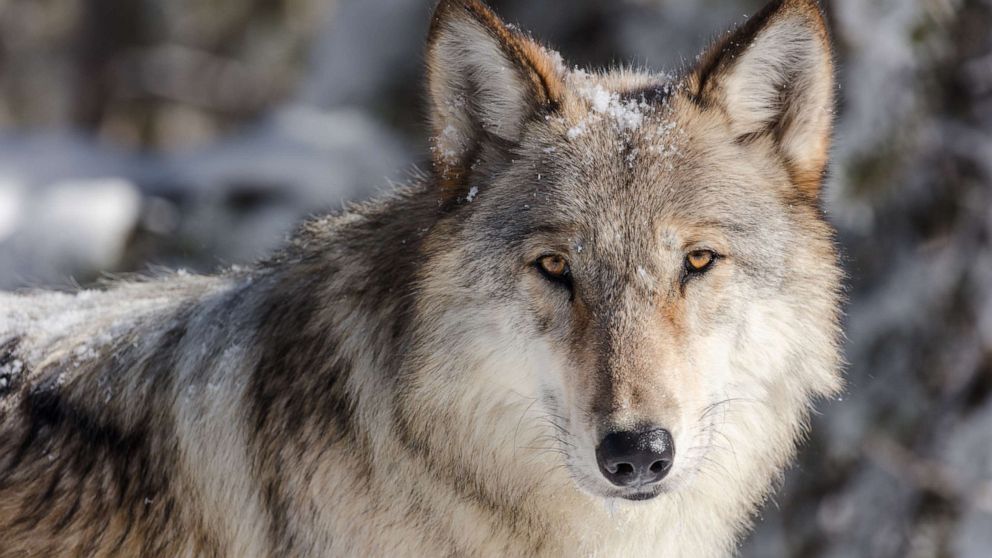 Gray wolves exposed to Toxoplasma gondii — the parasite that causes the disease toxoplasmosis — are more than 46 times more likely to become pack leaders than uninfected wolves, according to a study published Thursday in Communications Biology.

The researchers analyzed behavioral and distribution data from 1995 to 2020, as well as blood samples from 229 anesthetized wolves to study the link between risky behavior and infection with Toxoplasma gondii. They identified associations between parasitic infection and risky behavior in both men and women.

Infection with T. gondii often has no negative effects on the fitness of healthy individuals, but according to the researchers, it can be fatal for young wolves or wolves with a suppressed immune system. They don’t yet know how this parasite affects things like survival rates, according to Connor Meyer, a wildlife biology Ph.D. student at the University of Montana and one of the study’s authors.

The findings are the first to demonstrate parasitic infection affecting decision making and behavior in the species, the researchers said.

Previous research has identified associations between T. gondii infection and increased boldness in hyenas, as well as increased testosterone production in rats. The authors speculate that similar mechanisms may drive the risky behavior seen in wolves that tested positive for the parasite.

The wolves occupying areas that overlapped with higher cougar population densities were more likely to be infected with T. gondii than those not living near cougars, suggesting that wolves may become infected with the parasite as a result of direct contact with cougars and their environment. , the researchers found. Cougars in Yellowstone National Park are known to be hosts of the parasite.

The findings “tell the story of this entire ecosystem and how species interact,” said Kira Cassidy, one of the authors and a research associate for Yellowstone National Park and Yellowstone Forever, a nonprofit organization associated with the national park.

The researchers hypothesized that the infection would have broader implications for the wolf population, as infected pack leaders could lead their packs to more high-risk areas that overlap with cougars, potentially increasing the risk of further infection for uninfected wolves.

“So that’s probably the link there with the actual mechanism behind the parasite and the infection,” Meyer said.

The study, only the second of its kind to look at how a toxoplasmosis infection can strike a type of predator, is a “powerful kind of evidence of what long-term research can answer,” Meyer noted.

Cassidy added, “It can be very difficult in many places to approach a research question from an ecosystem approach, but Yellowstone is one of these places where we see all the species that were here hundreds of years ago.”

Gray wolves were widely exterminated in the western US in the 1940s, but populations have begun to recover in recent decades. Some say the increase is detrimental to humans because of the wolves’ ability to travel great distances and thereby spread disease. The wolves can also be a major factor in the decline of large game herds and the killing of livestock.

Earlier this month, a federal judge in Montana temporarily restricted wolf hunting and capture near Yellowstone and Glacier National Parks.

However, wolves are generally cautious around humans. In Yellowstone, they are “the most shy and cautious” of all large mammals, Cassidy said.

“If you see one, you’re incredibly lucky,” she said. “Overall, I would say they pose essentially no danger to humans.”