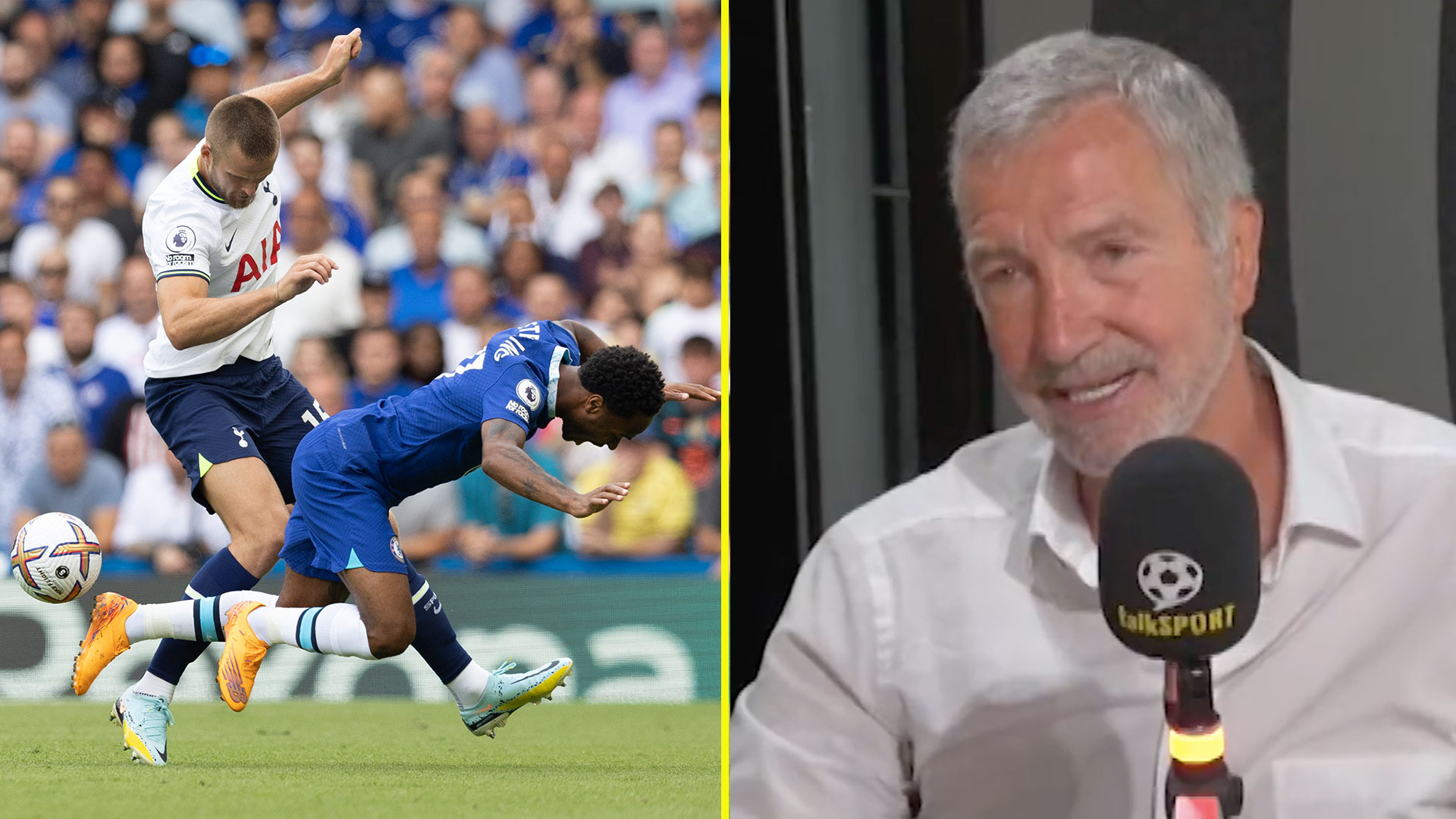 Graeme Souness insists he has no regrets about his comments following the fiery draw between Chelsea and Tottenham on Sunday.

The Liverpool legend came under fire for saying the thrilling Premier League clash at Stamford Bridge “showed it was suddenly a men’s game”.

Souness referred to referee Anthony Taylor’s more liberal approach to allowing a number of tackles in the 2-2 draw between Chelsea and Tottenham, but was criticized for saying the comments while sitting next to Karen Carney, a former English women’s international.

Speaking to Sky Sports, Souness said: “Referees are letting go a lot more and it makes for a better watch. We’ve all played the game, with simulation and people throwing themselves into the ground. I didn’t see that in today’s two games. It’s suddenly a man’s game now.”

Souness joined White and Jordan on talkSPORT for his now regular Monday morning appearance and spoke about the controversy surrounding his comments.

When asked by host Jim White if he regretted what he said, the 69-year-old replied: “Not a word. Let me explain. I’ve been advocating for years that referees play such a big part in the success of the Premier League.

“We have to be careful what we say today and I haven’t been very good at that, but we became like other competitions.

“They were blowing the whistle all the time and it wasn’t a good watch. Our game has always been unique, meatier, more in your face and more intense and we got rid of that.

“My comments yesterday said we have our game back. That’s the kind of football I remember playing.

“We have to get better. The directive to the referees is long ago, we have our game back.

“I enjoyed two football matches yesterday where men played against men and they started talking about themselves and arguing with each other.

“Okay, I don’t think we should approve the thing on the sidelines, but I’ve been there. When you’re on the sidelines and things aren’t going the way you want and you feel an injustice has been done. You’ve been working these 90 minutes all week.”

“Clumsy Tortoises, Graeme Souness talking about ‘it’s another man’s game’, sat next to an English centurion Karen Carney, two weeks after the Lionesses ended 56 years of waiting and won the European Championship,” she tweeted. “Come on. It’s not okay.”

He said: “It’s ridiculous. I’ve seen some of the backlash. What absolute nonsense. How can someone, a man describing a game with men, apparently not use the words man or men in combination with a game in which only men appear.

“If we lose context here, we’ve come to a point where we have to say ‘wait a minute, the Women’s Super League, that’s bias’.

‘Are we going in that area? It’s ridiculous. Graeme made an observation about a game and made it in conjunction with what he was watching.

“If someone wants to make something more of it, they’re doing a particular case of equality and injustice. It’s lightweight activism. I see players of the England women’s football team making a song out of something, I’m so disappointed with it because I don’t think it’s necessary.

“If you want to take someone’s conversation out of context, misrepresent it and turn it into something it wasn’t, that’s up to you.

“I have a 14-year-old daughter and I want her to join the world and get the best opportunities, what a bunch of old cobblers.”

Offer of the day

ALL CUSTOMERS: wager Â£5 via the talkSPORT EDGE app with Paddy Power and receive a Â£5 free bet – available to all customers* – CLAIM HERE

Paddy Power All Customers: Place a Â£5 Sportsbook bet via the talkSPORT EDGE app between August 1 and 31. Receive a Â£5 Free Bet on the following Monday after your qualifying bet. General terms and conditions apply. 18+ Begambleaware.org

Bet365: Open Account Offer. Bet Â£10 and get Â£50 in free bets for new customers at bet365. Minimum Deposit Requirement. Free Bets are paid out as Bet Credits and are available for use in the settlement of qualifying bets. Minimum odds, wagering and payment method exclusions apply. Returns do not include stakes with betting credits. Time limits and terms and conditions apply 18+ Begambleaware.org