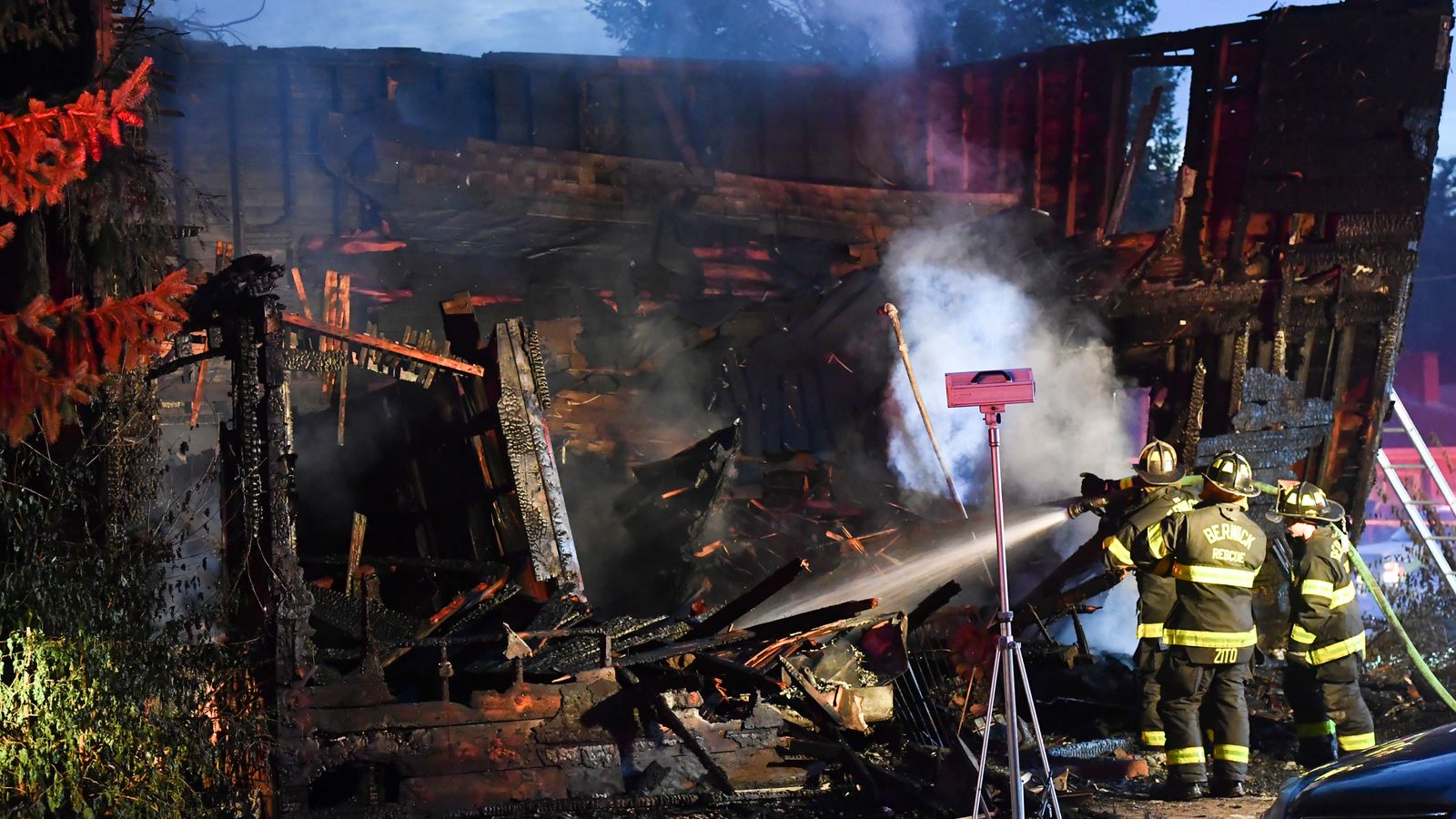 A firefighter fears that as many as 10 of his family members have died in a fire at a Pennsylvania house.

The fire at a single-family home in the town of Nescopeck was reported around 2:30 a.m. Friday, after what neighbors described as a loud explosion.

Three victims have been found so far and about seven people are still missing, according to authorities.

Harold Baker told Citizens’ Voice newspaper that 10 of his family’s victims are expected to eventually be found – his son, daughter, father-in-law, brother-in-law, sister-in-law, three grandchildren and two other relatives.

He said 14 people lived in the house, one of whom was a newspaper deliverer at the time.

The first call to emergency services was to a neighboring property, but Mr Baker realized it was his family’s home as the fire truck approached.

“As we turned the corner here in Dewey (Street), I knew immediately which house it was, just by looking down the street,” he told the Citizens’ Voice.

“I was on the first bike and when we stopped, the whole place was completely involved. We tried to get in with them.”

Mr Baker was relieved of his duties due to his relationship with the victims.

Neighbors reported seeing the porch consumed by flames after hearing the explosion sound.

Some said they also heard a young man screaming in front of the house, “They’re all dead.”

According to the police, a criminal investigation is underway, with officers questioning the survivors.