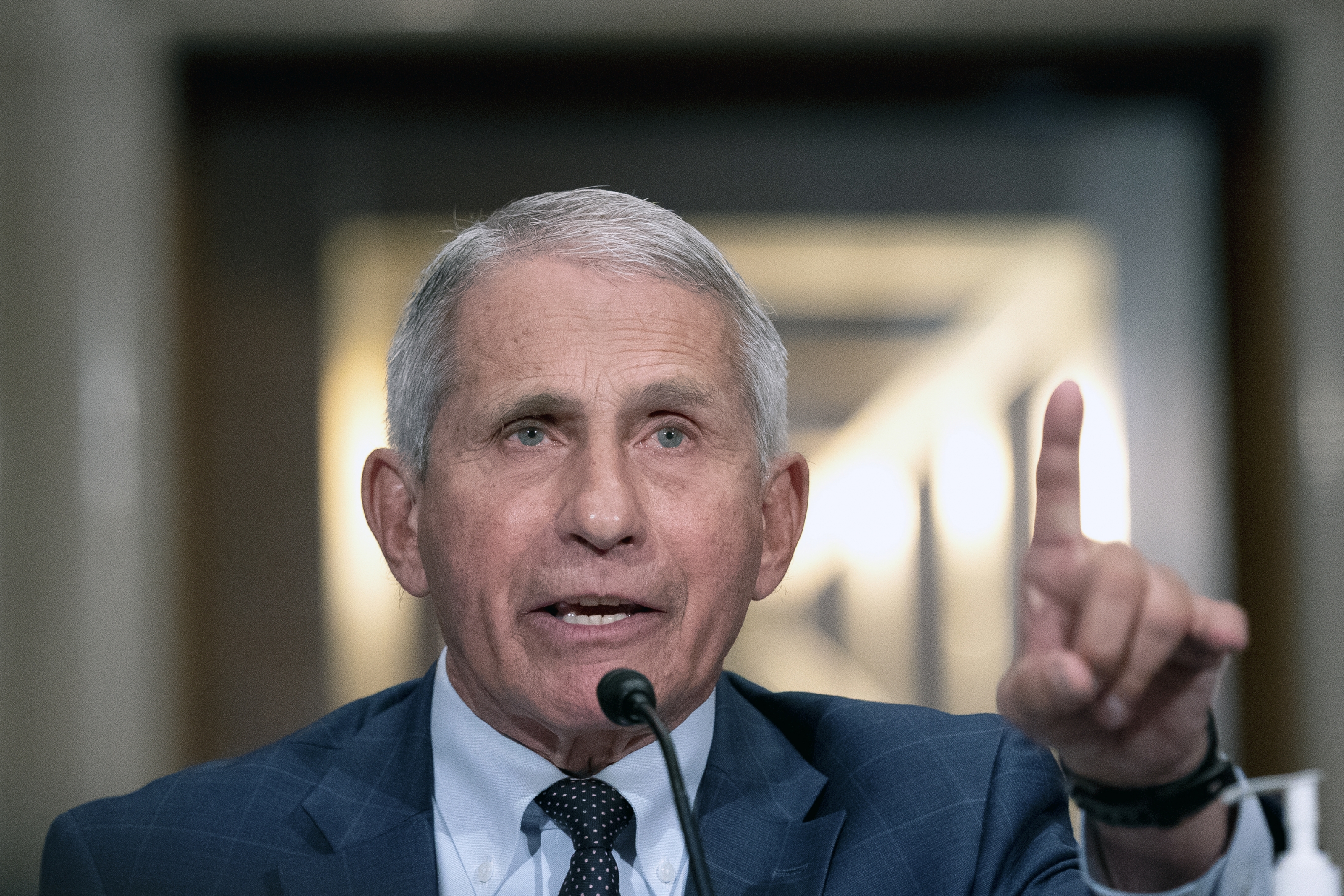 People lined up at a pop-up vaccination clinic in DC on Friday to get the monkeypox vaccine, hoping to reduce their risk of getting the infection. dr. Anthony Fauci says people should be aware, but not panic.

People lined up Friday at a pop-up vaccination clinic in DC for the monkeypox vaccine, hoping to reduce the risk of infection. dr. Anthony Fauci says people should be aware of the virus, but not panic.

The federal government declared monkey pox a public health emergency on Thursday to bolster response to the outbreak that has infected more than 7,100 Americans. The announcement will free up money and other resources to fight the virus, which can cause fever, body aches, chills, fatigue and pimple-like bumps on many parts of the body, The Associated Press reported.

This “all hands on deck” approach, Fauci said, will synergize all the different elements in responding to this “significant and serious outbreak.”

Fauci said he believes monkeypox can be controlled, for four reasons. First, testing has increased from 6,000 per week to 80,000 per week thanks to the involvement of at least five commercial companies.

And what was originally 136,000 doses of the Jynneos vaccine has been increased to over 600,000 within a few days, targeting 1.1 million doses. Fauci said it’s still not as much as desired or needed, but the process is speeding up.

Also, the process for health care providers to get TPOXX, an early treatment for people with monkey pox, has been accelerated, making it easy for a doctor to get the drug quickly without going through many hoops, Fauci said.

Finally, Fauci said there had been strong outreach to the community.

‘Protect myself as best I can’

Hazel Johnson, a DC resident, was one of the people who came to the pop-up vaccine clinic on Georgia Avenue NW. She heard about the clinic close to her home and came to pick up one of the 300 vaccines the district offers at each vaccination site on Friday.

Johnson said she is not concerned about monkey pox because she does not know anyone who has contracted monkey pox in the DC region.

“But I’m going to protect myself as best I can so I don’t have to worry about it. I have a lot of travel ahead of me. So I want to make sure I’m covered on all bases,” Johnson said.

Last month, DC reported the largest per capita monkeypox outbreak in the nation. Currently, DC has 280 cases, according to the latest tally from the Centers for Disease Control and Prevention.

Johnson and several residents told WTOP’s DMV Download podcast that the district’s response to the monkeypox outbreak has been quite good.

DC resident George who works in the nightlife scene said he’s seen the information about monkey pox and vaccines and is positive about how DC has handled it, especially vaccine availability.

“It’s not a big line like with COVID. It’s fun, there are different locations. So far I approve,” George said, adding that the pop-up clinics would be better and he hopes more days will become available.

Another person who declined to be identified said he was trying to apply online but days available were limited and going to the pop-up clinic seemed like the “only way I can get the vaccine”.

Eddie, another person in line Friday, said the district has made a good effort to open the walk-in vaccination clinic. He is to some extent concerned about the outbreak, which is why he is getting vaccinated.

‘You never blow away an emerging infection’

George said there is a lot of stigma on sex workers and people who work in the nightlife when it comes to monkey pox. Fauci said pointing fingers is the “worst thing you can do.”

Monkeypox can spread from person to person through direct contact with an infectious rash, scabs, or bodily fluids. It can also be spread by respiratory secretions during prolonged, face-to-face contact or during intimate physical contact, such as kissing, hugging or sex, the CDC said.

Last month, a child visiting DC was diagnosed with monkey pox. Another child in California also contracted it.

Fauci said five children are secondarily infected. “Does that mean every parent in the country should be terrified? No. Pay attention, but don’t panic,’ he said.

“You never blow away an emerging infection if you don’t know where it’s going yet. So you pay attention to it, you follow it and you react to it in an appropriate way.”

WTOP’s Luke Garrett and Megan Cloherty contributed to this report.