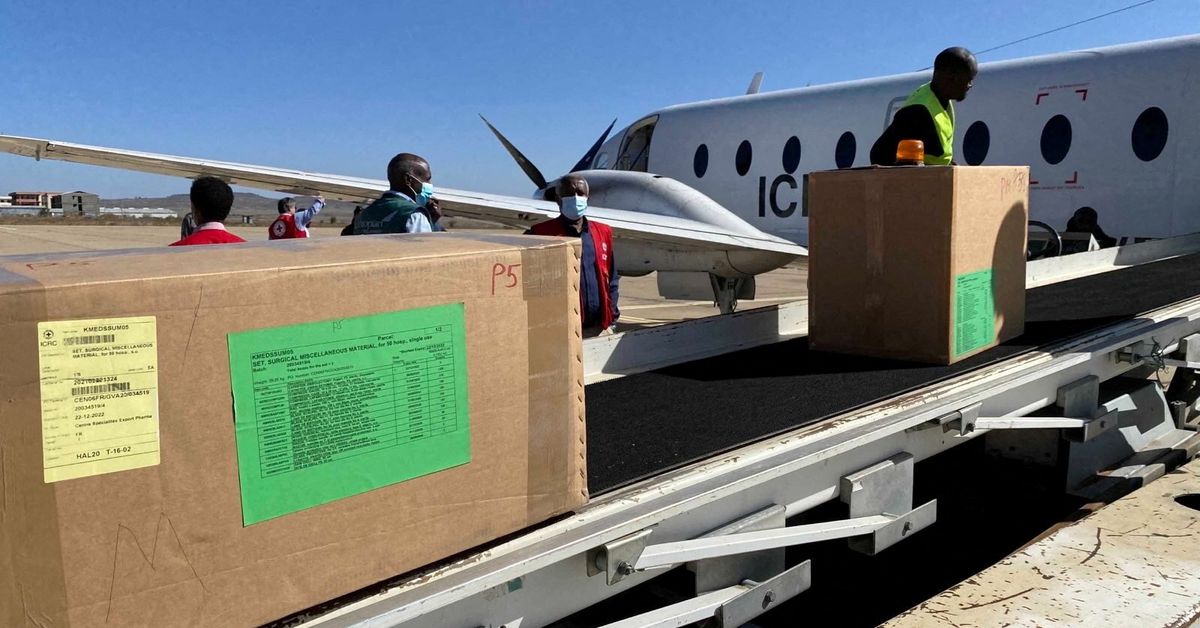 NAIROBI, Oct. 7 (Reuters) – African Union-led peace talks proposed for this weekend to try to end a two-year-old conflict in the Tigray region of northern Ethiopia have been delayed for logistical reasons, Tigray troops and two diplomatic sources said Friday. .

The government of Ethiopia and Tigray forces said on Wednesday they had accepted the AU’s invitation to talks in South Africa, which would be the first formal negotiations between the two sides since the war broke out in November 2020.

The conflict in Africa’s second most populous country pits the federal government against regional forces led by a party that previously dominated national politics. Thousands of civilians have been killed and millions displaced by the violence.

An airstrike about 30 km outside the capital of Tigray, Mekelle, left at least five dead and 37 injured on Friday, said Kibrom Gebreselassie, the director of the hospital that received the victims.

The diplomatic sources, who asked not to be named, said the postponement of this weekend’s talks was related to organizing logistics and a new date had not yet been set.

Getachew Reda, a spokesman for the Tigray forces, said the AU did not consult Tigray’s leaders before sending out the invitations.

“You don’t expect people to show up on a certain date like this is some sort of get-together,” he said in a text message.

Legesse Tulu and Ebba Kalondo, an AU spokesman, did not immediately respond to requests for comment.

Despite the agreement to hold talks, several parties have expressed concerns.

Some activists from Amhara, a region bordering Tigray that fought alongside the federal government in the war, oppose the talks.

“The current AU-led peace talks process excludes Amharas – the largest affected group in the war,” the Amhara Association of America, a lobby group, said in a statement.

Even in his letter accepting the AU’s invitation, the leader of the Tigray forces suggested he had reservations and asked for clarification as to who had been invited as participants, observers and guarantors.

“There are a number of issues that need to be resolved before (talks) take place, and mediators will then face a major challenge…to get the two sides to commit to another truce,” said William Davison, senior analyst for Ethiopia at the International Crisis Group think tank.

Meanwhile, the government of neighboring Eritrea, which also fought alongside the federal government of Ethiopia in the war, has not been invited to the talks, the two diplomats said.

Eritrean Information Minister Yemane Gebremeskel did not immediately respond to a request for comment.