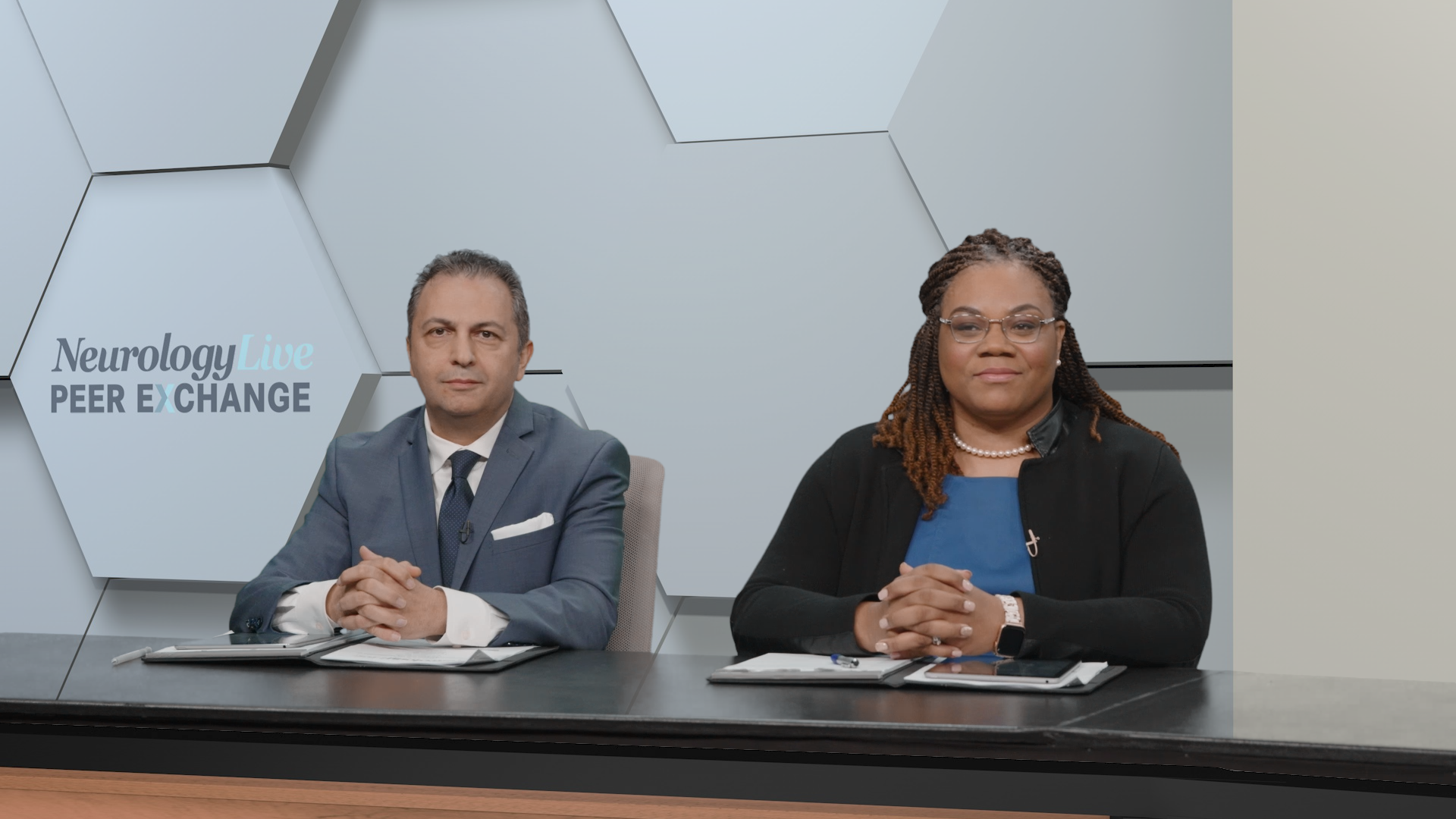 Stephen Krieger, physician: We are here at the ECTRIMS conference [European Committee for Treatment and Research in Multiple Sclerosis] in Amsterdam, the Netherlands, in the fall of 2022. It’s nice to be at a personal event. A lot of new work is presented here. A piece of work from Dr Ruth Dobson and colleagues on a project called the OPTIMIZE study this was done from the UK looking at how different patients are in real populations than in the studies and finding one of the main difference is that they are older. Patients in real life are older than in clinical trials because of course there’s an age limit in clinical trials, and we don’t have a real life age limit because we care for people with MS [multiple sclerosis] well into their geriatric time. Dr. Williams, how does age as a comorbidity affect how you feel about MS treatment or starting MS treatment in general?

Mitzi Williams, physician: That’s an excellent question. And I agree that there’s a lot of data that we don’t have. So, in a sense, we end up experimenting in the real world with our patients. One of the biggest concerns for me is immunosenescence. We are concerned about infection in our patients, especially those who may be on highly effective therapy. I do a lot of consulting. I have to look closely at co-morbidities, the general health of that patient, and see what would be the best option for them, especially for those starting therapy if we want to start with something that might be less effective, or those who are more likely to be in therapy and may have problems with that therapy. I think it’s a conversation that we constantly have and that we constantly have to reassess, especially once they reach a certain age.

Stephen Krieger, physician: Complementing this project from the UK in which patients in the real world are characterized as older and more complex than people in studies, there was recently the DISCO-MS study, which looked at stopping MS treatments after the age of 55 years old, thinking maybe they won’t be so needed. The results of that study are a bit complicated. I don’t know if any of you, Dr. Crayton, would like to comment on whether the DISCO-MS study results have influenced how you feel about whether or not to treat in the older age group?

Heidi Crayton, physician: I had a problem stopping DMT [disease-modifying therapy] at age 55. I think that’s still quite young. Honestly, I don’t think we’re into immunosenescence at that stage. People still continue to have inflammatory events at that stage in their MS journey. So that tainted the results for me in terms of usability. As Mitzi discussed immunosenescence, I think it’s something we’ve all come to discuss with our patients. For me it’s a little bit older, it’s been about 65 years since I started having that conversation about the crossroads of immunosenescence, which also means increased infection risks. I think of all that together. But it’s very individual; I have some patients who are 60, which I consider 75. I have some patients who are older, which I consider much more youthful. I tend to treat patients individually.

Stephen Krieger, physician: Like dr. Bandari said earlier, one has to personalize these things, and even a trial like DISCO-MS, while a true trial, is still a contrived one-size-fits-all strategy, which may not be for everyone. . Dr. Hughes, do you have an opinion on that study result?

Bruce Hughes, physician: I was much more hopeful that the data would be more useful. And it didn’t answer many questions for me. I completely agree with my 2 colleagues on the concept of immune aging. But I think with respect to discontinuation, the discussion should be de-escalation if you have, like what Mitzi said about infection risk, but also cancer risk as we age.

Stephen Krieger, physician: I think these are all very good points. In the DISCO-MS study, the results couldn’t say that stopping medication was as good as continuing medication, even in those over age 55, because there was some breakthrough disease activity and a few relapses. Small numbers, but enough to make us think more about how to successfully treat people when they’re older and have comorbidities, rather than stopping it.

Daniel Port, MD, MS: There are elements that you may consider selection bias in some of these studies. One of the big topics that we’ve always discussed is the distinction between the data we get from clinical trials versus real world experiences. For most of us as neuroimmunologists, we believe there is a big difference between chronological age and immunological age. As Dr Crayton mentioned how many 45 year old patients have you seen because they smoke, drink, don’t exercise their immunological age is probably 65 versus the opposite you have a 65 year old who is an active cyclist who is a mountaineer, and God knows what else, and they are much younger immunologically? I think it’s important for us and our colleagues to consider that carefully when we make a decision, especially when it comes to discontinuation. There’s an element of fascinoma that’s occurred in the medical field, that they somehow feel that once you get to age 55 you have to stop the medication, which is a misconception. Even 25 years ago, when I was training to be an MS doctor, that didn’t matter. People thought of a certain age, but I don’t think there’s a stop clock in immunology.

Mitzi Williams, physician: I think part of that stems from the thinking that used to be the theory that MS burned out after a certain age. For the record, 55 is not old. I had to say that. But I think part of that belief comes from that theory. And so I think this is a step in the right direction, this kind of research, but obviously we need to consider some of these things.