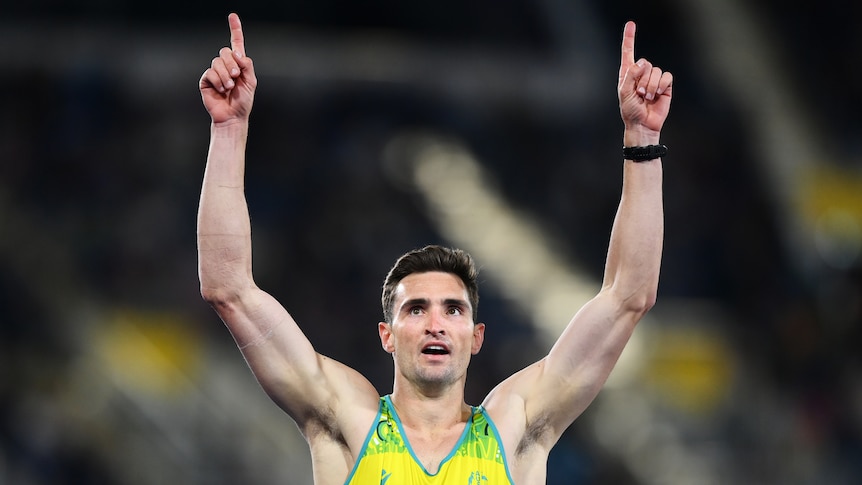 Australian Daniel Golubovic has come within three seconds of winning a gold medal in the decathlon at the Commonwealth Games.

Sitting in third place behind Dubler and defending champion Lindon Victor in the final event, Golubovic had to win the 1500m by a whopping 23 seconds to claim gold.

The 28-year-old gave himself every chance and set a furious pace for three and three quarters of laps, but fell painfully short, leaving a gap of 20.62 seconds.

Just 12 days after entering the World Championship in Eugene, all the decathletes looked absolutely exhausted on the final round, with Dubler and Victor in particular getting very tired in the final stages.

However, both just held on to win gold and bronze respectively.

“I was looking for that gold,” Golubovic, who finished 14th in last month’s World Championships, told Channel 7 after the race.

“But it’s cold here” [and] there was just nothing in the legs.

The thrilling final was a fitting conclusion to a two-day great game at the Alexander Stadium in Birmingham.

Victor, who finished fifth after Dubler’s eighth in Eugene, led Dubler halfway through the stage.

The pair alternated the lead during the second day, with the Aussie’s superior sprint hurl and pole vault countered by the Grenadian’s discus and javelin.

Golubovic was always there or around it though, steadily improving his position from fifth at the end of day one before jumping into the medal battle on day two.

“I think it just comes down to consistency,” said Golubovic, before paying tribute to the Australian backroom team.

“It’s been a wild couple of years and it’s been a long, long process to get here, but oh man, it feels so good to be on this stage now.”