Crude oil futures collapsed this morning as Brent crude fell more than 4% to start the week. First, the initial drop in oil prices was driven by weak data from China, with retail sales trailing significantly, raising concerns about the oil demand outlook.

Meanwhile, recent comments from Iran’s foreign minister have since exacerbated the drop in oil levels, after he stated that a consensus had been reached in the negotiations, provided Iran’s red lines are respected. This, in turn, has pushed the market price to allow for a nuclear deal with Iran, and so oil prices came under significant pressure during the London session. That said, while a deal would likely push Brent crude back below $90, the focus is now on the US response, as it is up to the US to decide whether it agrees with the deal. three remaining issues. As such, oil sensitivity to headlines has increased. For those who keep a close eye on the latest oil wells, #OOTT on Twitter is vital for short-term intra-day oil traders. A reminder that for those trading FX, the Canadian dollar is the most sensitive to oil prices, as shown in the chart below. 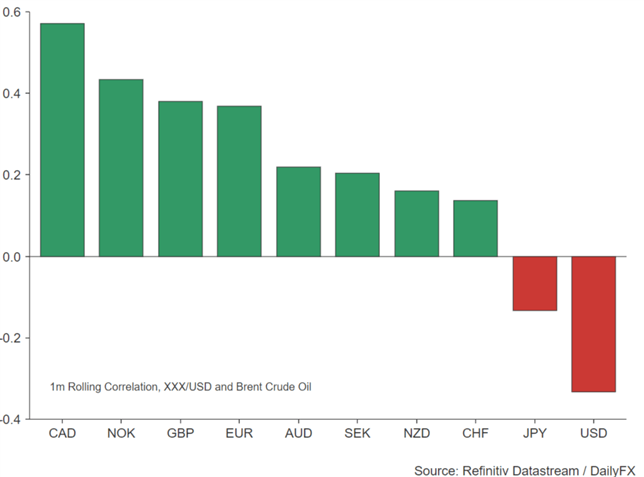 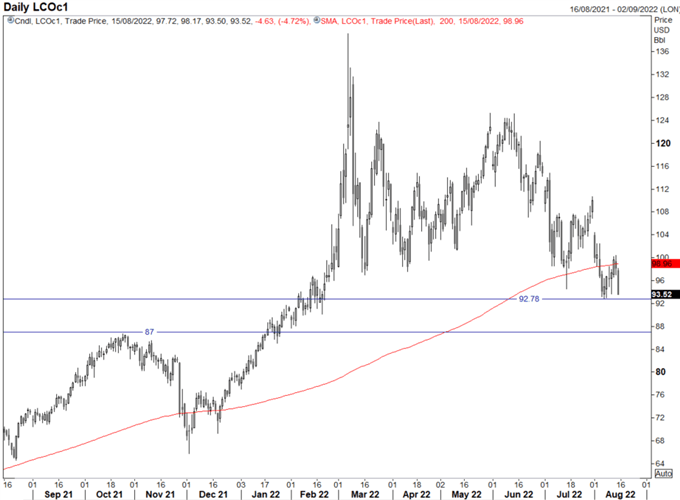