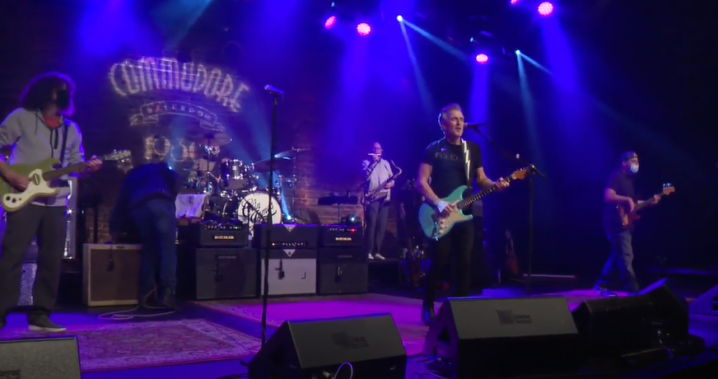 One of Vancouver’s major music venues has faced online backlash after announcing earlier this week that it was switching completely to cashless payments.

The venue said it would accept all major credit and debit cards and would not have an ATM on site, but offered no other details about the shift.

The response online was fast, postings on Facebook and Instagram generated hundreds of responses, most of them negative.

“This is really disappointing, Commodore. It’s an exclusion policy that prevents some people from participating in events,” one commenter wrote on Facebook.

“Cash is legal tender in Canada, if it’s due to employee theft, correct your policies. Cash is king and no one can track your movements when you pay cash. Unlike debit, credit, arrival can etc. Welcome to the book 1984,” added another.

“What about the merchandise sellers who take cash, it affects their sales if no one can get cash at the venue,” one commenter wrote on Instagram.

“I’m sure the staff is against this. Maybe reconsider based on that. If they are better with that idea, then all is well. But personally as a bartender I wouldn’t be 100% interested in this,” wrote another.

Numerous comments threatened to stop going to the venue because of the policy.

Live Nation, which operates the Commodore, has not responded to multiple requests for comment.

Morgan Ayres, CEO of Vancouver-based Pinnacle Hospitality Consulting, said the COVID-19 pandemic has accelerated the transition to cashless payments, but it’s still uncommon in the nightclub industry and the Granville Entertainment District.

Still, he said the technology is attractive because it allows companies to streamline their payout processes, save money on labor and align their bookkeeping.

Canada among the leading countries in cashless payments: study

While Ayres said the backlash could hurt the nightclub in the beginning, he predicted it wouldn’t have a major impact in the longer term.

“Customers are always adapting, this is the way of the future. Canada is committed to a cashless society — by 2030, cash purchases are estimated to make up just 10 percent of money spent in Canada,” he told Global News.

“Some demographics are reluctant to change, but the nightclub industry generally attracts a younger crowd.”

The venerable nightclub’s long history, strong brand and regular lineup of popular acts will likely protect it from any backlash, too, he said.

Ayers said if he had any questions, it would be about how the club’s staff feel about the change – now creating a digital record of all the tips they receive.

He said it also remains to be seen how cashless payments will affect those tips.

“We see suggested tips go up to 25%. Will there be customer backlash as a result?”