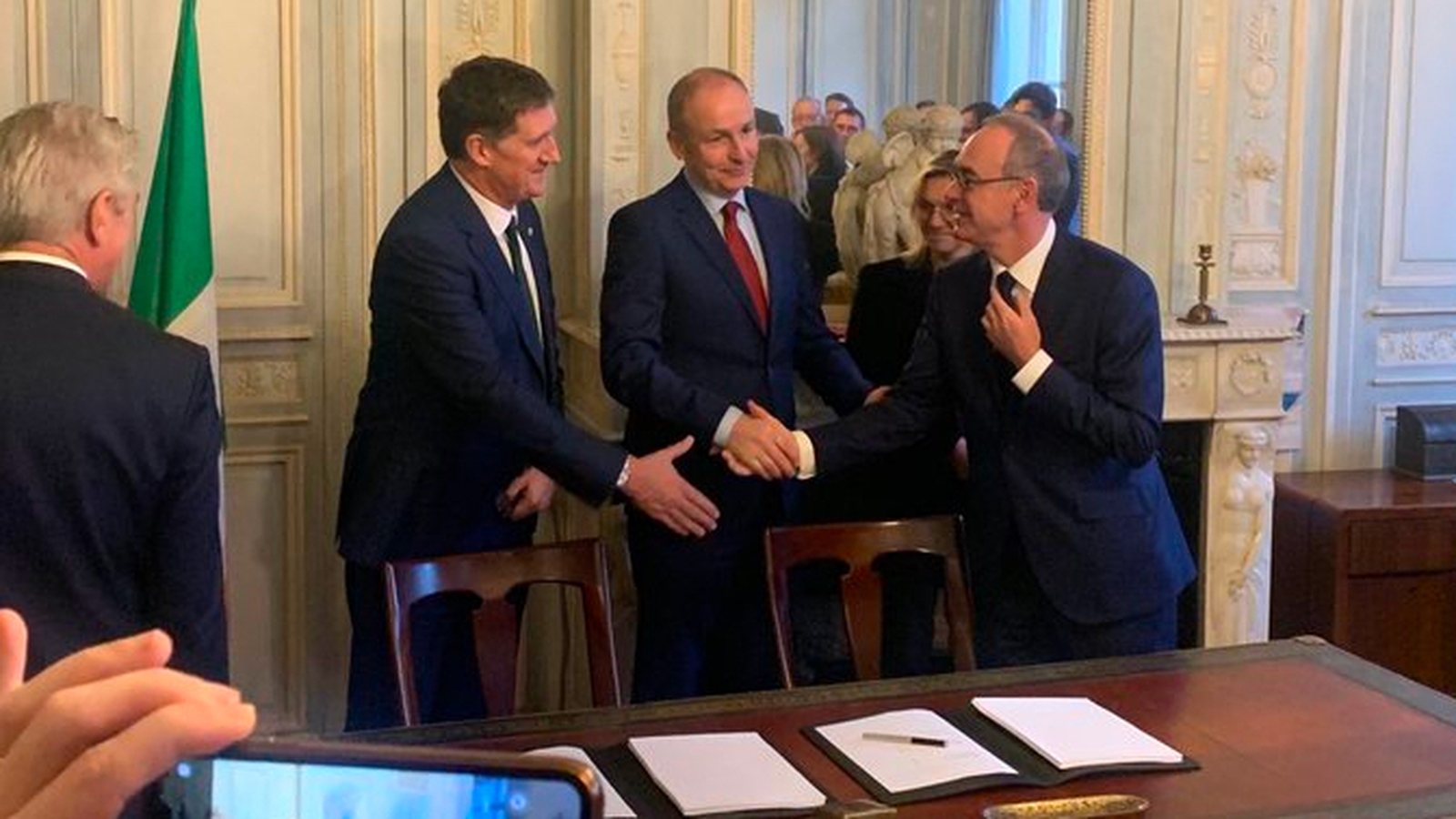 However, he cautioned that this would be a longer-term ambition and warned that electricity prices will be affected by the price of gas, which is likely to remain high for the next two to three years.

The final construction and financing arrangements for the Celtic Interconnector were signed this morning in Paris.

The Celtic Interconnector, a submarine power cable, will connect Cork to Brittany in northern France and will have a capacity of 700 megawatts of electricity.

It is estimated that this power exchange between France and Ireland will be able to power 450,000 households.

Mr Ryan described the interconnector as a “win-win” for both Ireland and France.

He explained that when Ireland generates large amounts of electricity from wind, it can contribute to France.

However, he added that “when the wind isn’t blowing, we have this back-up capacity from France”.

Some of the power flowing out of France will be nuclear, but Mr Ryan told reporters nuclear power was already flowing into Ireland from the UK.

Both Taoiseach Micheál Martin and Mr Ryan attended a signing ceremony for the interconnector at the Irish Embassy in Paris this morning.

Mr. Martin told those in Paris that work on the project would begin next year.

French Energy Transition Minister Agnes Pannier-Runacher, who also attended the ceremony, explained that France is committed to plans to expand its nuclear and renewable capacity.

At least €1.3 billion has been allocated to the project, including €530.7 million in grants from the EU’s Connecting Europe Facility (CEF) and €800 million from the European Investment Bank Danske Bank, BNP and Barclays.

However, the project will cost €1.6 billion and should be completed and operational by 2026.

Other stakeholders who signed the plans this morning include Xavier Piechacyzk, Chairman of the Board of Directors of French electricity company RTE France, and Mark Foley, Director General of EirGrid.

Mr Foley described the sign-off as a great day for Ireland.

He said interconnection often lowers prices for consumers, so this was a win for everyone.

By 2026, the interconnector with France will provide enough power for nearly half a million households and provide a much-needed energy backup post-Brexit.

He said this was arguably “the most important Irish infrastructure project of this decade” and it will restore Ireland’s connection to the European electricity system and market by building 10,000 megawatts of new renewable energy over the next decade France will be exported. the business cases for renewable energy”.

He said it would also give Ireland a “head start” in terms of security of supply, to also import from France when it is built.