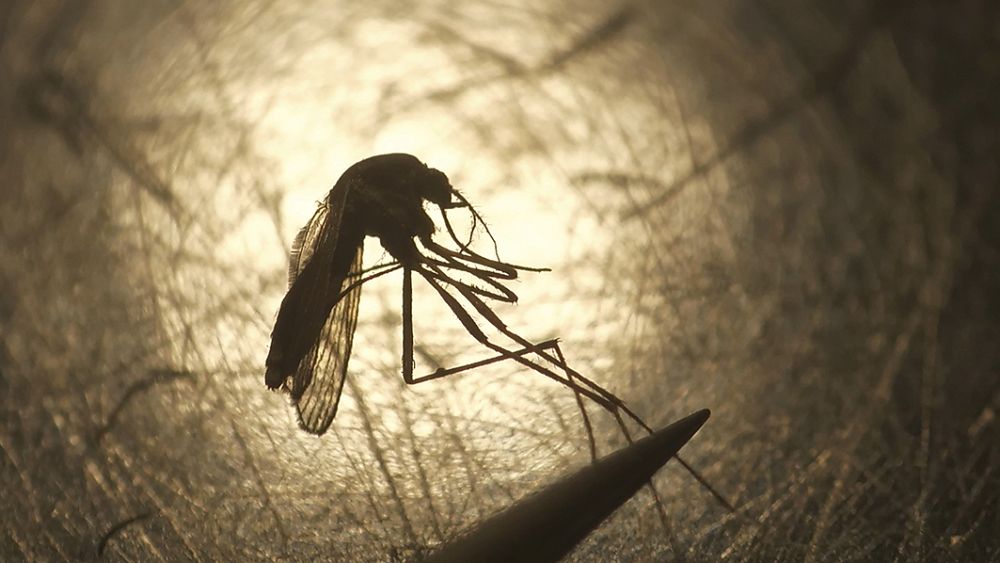 Mosquitoes are known as the bane of the Italian summer, as the hottest and most humid months of the year lead to an abundance of nuisance insects at any time of the day.

Italians are used to it and rarely encountered unprepared, as each summer they are armed with anti-mosquito sprays, citronella scented candles and their hands up, ready to strike mid-flight mosquitoes.

But Italians are less prepared for the threat of mosquitoes that may carry West Nile virus (WNV), a disease native to Africa, the Middle East, Asia and Australia that has recently spread to Europe and North America. .

This summer in particular, the number of cases has risen dramatically, raising concerns among health authorities in Italy. This is what we know.

How common is West Nile virus in Europe?

Since 1999, the virus, which causes the so-called West Nile fever, has traveled far from areas where it is traditionally common.

It is now found on every continent on the planet except Antarctica, and in the US it is the leading cause of mosquito-borne diseases.

In Europe it is still relatively rare; according to the European Center for Disease Prevention and Control (ECDC), about 55 cases of WNV was reported in Europe on July 27 this year.

But the data reveals an alarming fact: Of the 55 cases, 42 were reported in Italy alone. That is more than three times the cases reported in Greece (12), the country with the second highest number of cases of the four in Europe that have reported the virus on their territory.

The other countries, Serbia and Slovakia, reported 16 cases and one single case, respectively.

More worryingly, of those who contracted the virus and developed West Nile fever, five had died from the disease by the end of July.

How big is this year’s outbreak?

In the past week, the number of reported infections in Italy has risen to 94 on August 4, with 52 new cases in one week alone.

The total death toll from the virus has also risen from five to seven in the past week, with five deaths in the Veneto region, one in Emilia-Romagna and one in Piedmont.

Business in Italy is largely concentrated in the northwith the city of Padova in Veneto being considered the hot spot of the virus in the country.

The geographic distribution of the outbreak may be surprising, as southern Italy is hotter and more humid than the north, which is considered a better habitat for the virus-carrying mosquitoes. But the lowlands of Veneto, with their natural habitat, are actually the perfect breeding ground for mosquitoes; Entomologists found this year that the number of mosquitoes in the area had increased by 27 percent, the Italian newspaper reported Courier.

How do you recognize West Nile virus?

It is not known that all mosquitoes carry West Nile virus. Scientists have specifically identified the Culex species as the ones responsible for spreading the virus.

But what potentially sounds like very useful information is less than helpful, as there’s no outstanding feature to distinguish the species, which are considered the “average Joe” of mosquitoes.

Culex mosquitoes are 4-10 mm, brownish in color and with no specific pattern on their bodies. They differ from other European mosquitoes because of their trunk (their small biting “mouth”). Their legs also lack the same pale and dark ring patterns and their bellies remain round instead of flat.

It’s unlikely you’ll be able to observe a mosquito long enough to identify it, and if you do, it’s possible it’s already sucked your blood.

If a mosquito is infected with WNV, the virus is transmitted through its bite.

Most people don’t actually develop any symptoms at all, while those who do start to show them two to 14 days after being bitten.

Symptoms of WNV infection normally manifest in the form of a fever accompanied by flu-like symptoms such as headache, body aches and diarrhea.

In rare cases, the virus can cause an infection of the brain and mucous membranes (encephalitis or meningitis), which can be fatal.

Why are the cases increasing?

Cases of WNV are not new in Italy, but never so many have been reported in one summer alone.

While experts have not yet determined why the number of cases is now soaring, recent studies suggest a link between higher temperatures caused by global warming and the explosion of mosquito-induced infections.

Experts had warned a few years ago that climate change could lead to an increase in the number of disease-causing mosquitoes.

A 2020 study by Imperial College London and Tel Aviv University found that by 2030, higher temperatures could indicate the presence of dengue, yellow fever and Zika-carrying mosquitoes in Europe.

The experts behind the study found that disease-causing mosquitoes have already benefited from recent climate change around the world, and as this accelerates, it is likely that more will be introduced into Europe.

A previous study in 2019 had predicted that disease-causing mosquitoes will reach 500 million more people around the world than they do now, as temperatures rise. Higher temperatures also mean that the mosquito breeding season will become longer and longer, extending the period of disease transmission as well.

What are the Italian authorities doing about it?

There is not much the Italian authorities can do except tell people to stay away from mosquitoes, as there is no vaccine available against WNV.

Italy recommends people wear long pants and long sleeves when going outside at dawn and dusk (despite today’s high temperatures), keep mosquito nets on their windows, and make sure no water remains in flower and plant pots or dog water bowls.

Other recommendations include mowing the lawn to prevent the spread of mosquitoes and introducing fish to ponds and the like so that the insects can be eliminated naturally.

Should you be concerned?

Those who develop only mild symptoms, 20 percent of infected people, are over the virus within a few days or at worst, like you would have a normal fever.

The elderly are more vulnerable to the virus than the young, with most victims in Italy being in their late 70s and 80s.

But in Italy it could get even worse before the end of the summer. Virologist Giorgio Palù, president of the Italian Medicines Agency (Aifa), expects the number of cases to continue to rise until September, as reported by the Italian newspaper Il Gazzettino.