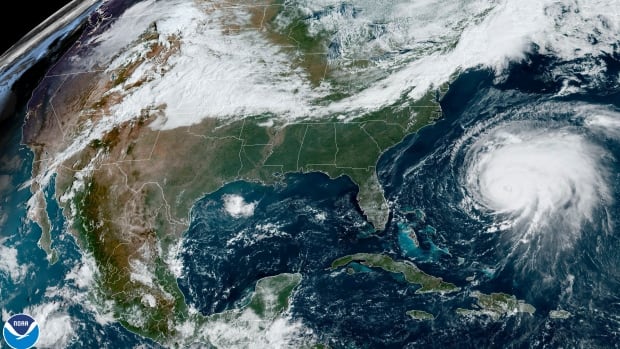 In a briefing Friday afternoon, Bob Robichaud, a meteorologist preparing for alert at the center, warned people not to focus on the hurricane’s trail as its effects will be felt over part of eastern Canada.

Environment Canada says this includes much of Nova Scotia, PEI, southeastern New Brunswick, western and southwestern Newfoundland, and some parts of Quebec bordering the Gulf of St. Lawrence.

The powerful storm that has ravaged Puerto Rico and the Dominican Republic will bring strong winds, torrential rainfall and significant storm surges to the region.

“It’s still a big hurricane and it’s only 900 kilometers from us [south of Halifax] and it’s getting bigger,” Robichaud said.

He warned that it is difficult for such a storm to “rest” when it comes ashore.

Robichaud said that rainfall of 100 millimeters to 150 millimeters is expected in Nova Scotia, with local amounts that could be greater.

He said wind speeds will not drop significantly until Saturday afternoon and into the evening.

Video from inside Category 4 Hurricane Fiona

Images taken by an unmanned surface vehicle (USV) in the Atlantic Ocean show the interior of Category 4 Hurricane Fiona.

Robichaud said Fiona is bigger than Hurricane Juan, the 2003 storm that ravaged Nova Scotia. It is comparable in size to Hurricane Dorian, which hit Nova Scotia in 2019, but it is stronger.

He said the two biggest risks the storm poses to PEI are strong winds, which can exceed 140 km/h, and a large storm surge.

Robichaud said the greatest potential for coastal flooding will be Saturday morning on the north coast of Nova Scotia, PEI and eastern New Brunswick.