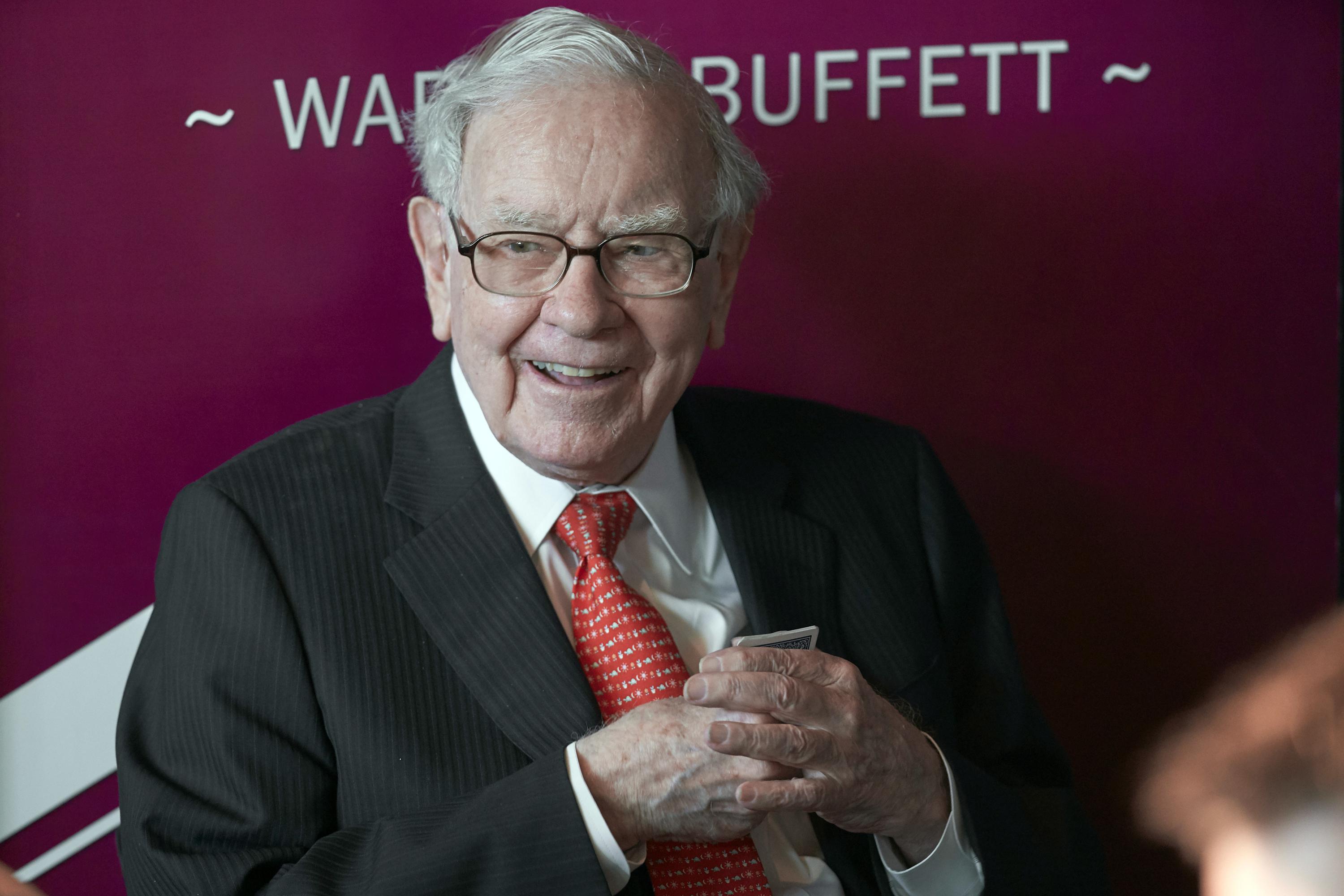 Share prices of three of Berkshire’s largest investments — Apple, American Express and Bank of America — all fell significantly in the second quarter.

Buffett has long said he believes Berkshire’s operating results are a better measure of the company’s performance because it excludes investment gains and losses, which can vary widely from quarter to quarter. By that measure, Berkshire’s earnings had increased significantly to $9.28 billion, or $6,312.49 per Class A share, compared to $6.69 billion last year, or $4,399.92 per Class A share.

The four analysts surveyed by FactSet expected Berkshire to report operating income per Class A share of $4,741.64.

In addition to investments, Berkshire owns more than 90 companies. Berkshire said corporate profits were up at all of its major units, including its insurance companies, major utilities and BNSF rail. Strong results at most of its businesses offset a $487 million underwriting loss at Geico, which reported increased damage in auto claims due to rising vehicle values ​​and ongoing auto parts shortages.

Berkshire said it was at $105.4 billion in cash at the end of the quarter, which had changed little from the $106 billion it reported at the end of the first quarter. That indicated that Buffett didn’t buy as many shares in the second quarter, even though it reported investing several billion in Occidental Petroleum stock. Berkshire spent more than $51 billion on equities in the first three months of the year.

Berkshire did spend $1 billion in the quarter to buy back its own shares, but the pace of those buybacks has slowed significantly. Berkshire bought back $3.2 billion of its shares in the first quarter and $27 billion last year. Before this year’s wave of purchases of stocks like oil producers Occidental and Chevron, and printer maker HP Inc., buybacks were Buffett’s biggest investment in recent years as he struggled to find major acquisitions.

Berkshire’s takeover drought also ended earlier this year when he signed an $11.6 billion deal later this year to acquire the insurance conglomerate Alleghany.