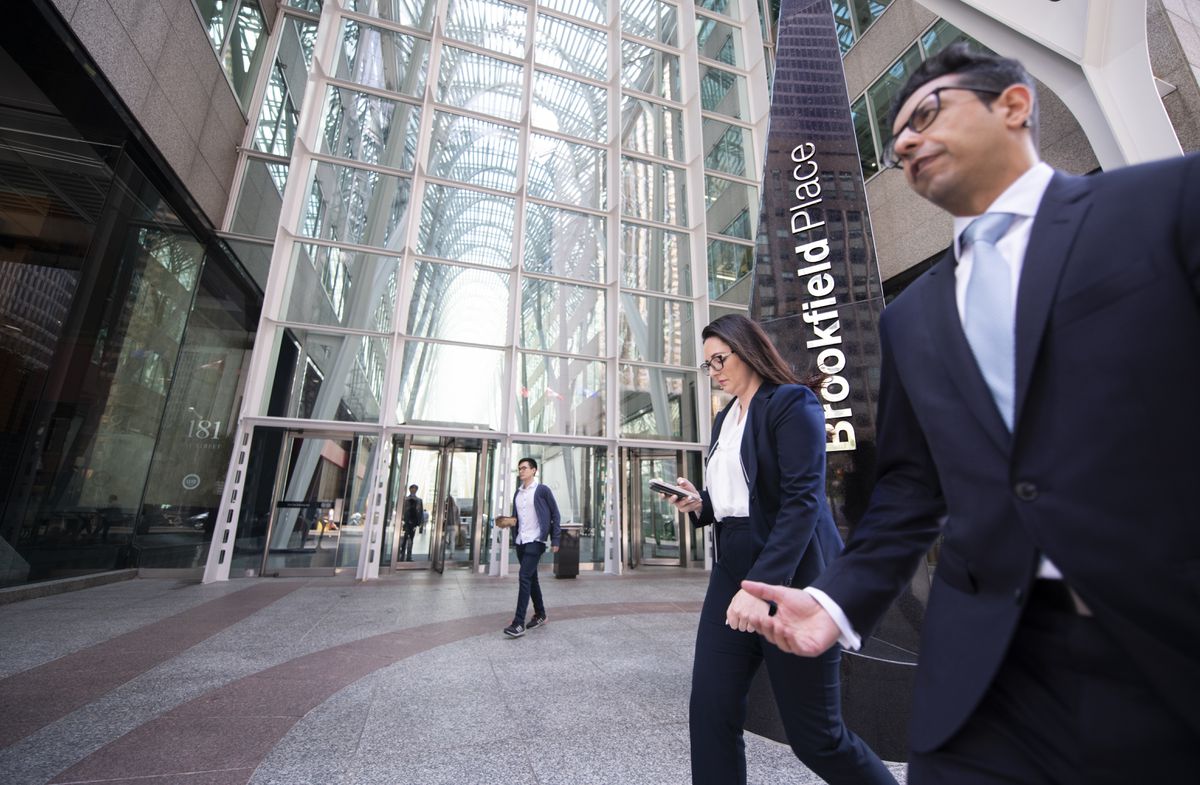 Brookfield Asset Management Inc. BAM-AT CEO Bruce Flatt says the inflationary environment is boosting the value of its investments, but the company’s second-quarter results show the company is not completely immune to current market conditions.

The company reported a 39 percent decline in net profit to $1.48 billion, due in part to lower gains on asset sales and an increase in interest expenses that outpaced revenue growth.

The company’s corporate finances, which remove some non-cash items from the calculation, and “distributable profits,” which remove additional expenses and add dividends to Brookfield’s investments, declined more modestly.

Brookfield posted US$2.41 billion in interest expense in the quarter, up 31 percent from the second quarter of 2021. Corporate borrowing on its balance sheet increased 11 percent to $12.05 billion.

“Interest rate stress caused significant market disruption in the second quarter of 2022, but it’s important to keep this in context,” wrote Mr Flatt in his shareholder letter, discussing interest rate hikes in a macroeconomic context.

Despite two rate hikes from the US Federal Reserve, and more to come, interest rates are expected to stabilize at historically “low” levels, which should still be very supportive for business…balance sheets for individuals and businesses are in a good position to withstand this shift, and before we know it, we expect to recover.”

Brookfield has invested billions of its own money in mammoth portfolios of what it calls “alternative assets” – real estate, infrastructure, energy and distressed debt. Brookfield also attracts outside money, from institutional investors and the wealthy, to invest alongside. The assets it buys are placed in partnerships, some of which are traded on US and Canadian exchanges, and others are private funds.

“With much of our infrastructure, renewables and real estate assets positioned to take advantage of inflation, our revenue streams and cash margins expand as the compounding effect of inflation manifests,” wrote Mr. Flatt. “With stock markets down 20 to 30 percent from their peak and credit markets ‘turning sideways for many corporate borrowers,’ he wrote, ‘the investment climate for companies like ours is getting stronger. We are therefore investing capital at excellent returns – much higher than we would otherwise have achieved under conditions such as those of late 2020 and 2021.”

Indeed, Brookfield seems to have no trouble attracting dollars from current and new customers. Brookfield said it had record inflows of $56 billion since the end of the last quarter. Its fee-bearing capital — the amount of money from outside investors that Brookfield manages — was $392 billion as of June 30.

Mr Flatt said a US$16 billion opportunistic debt strategy fund will soon be largely invested, paving the way for Brookfield to launch another fund.

Brookfield said in May it will divest a new asset management company to shareholders by the end of the year, creating an approximately $80 billion entity that will pay most of the dividends its shareholders now receive. The company invests for itself, raising billions of dollars in capital, but also manages money for others. Money managers who need little capital typically get higher valuations from investors, a benefit Brookfield didn’t receive with the two companies colluding as one.

Mr Flatt said in his letter that Mark Carney, former governor of the Bank of Canada, who has joined Brookfield as an advisor to the transition funds, will serve as chairman of the board of the new money manager, which is Brookfield Asset Management Ltd. will be called.

Mr. Flatt will become CEO of the asset manager and will also remain CEO of the current company, which will be renamed Brookfield Corp.

Your time is precious. Have the Top Business Headlines newsletter delivered to your inbox with ease in the morning or evening. Sign up today.