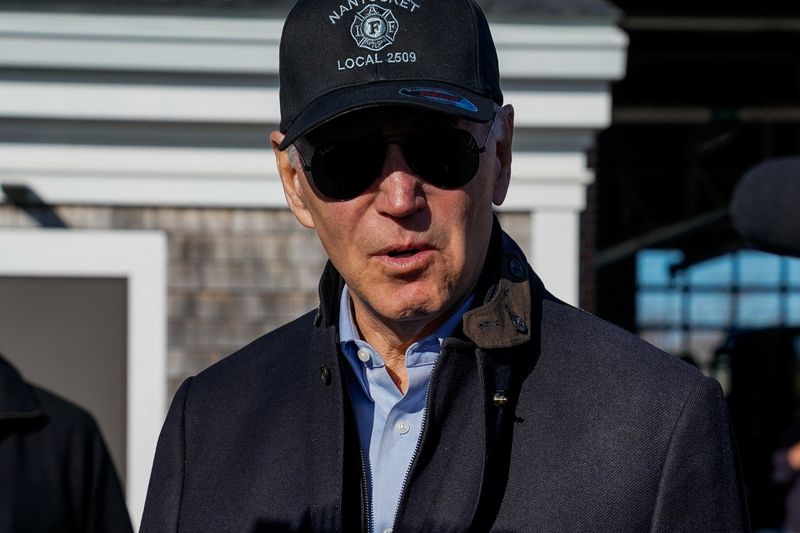 NANTUCKET, Massachusetts (Reuters) – President Joe Biden said on Thursday his administration was involved in negotiations to avert a looming US rail strike that could shut down supply chains across the country, but added that he is not yet directly involved dealt with the issue.

Biden spoke to reporters outside a fire station in Nantucket Island, Massachusetts, during a Thanksgiving holiday visit and declined to give details of how the talks went because it was “in the middle of negotiations.”

“My team has been in contact with all parties and in (a) room with the parties and I am not directly involved yet because they are still talking,” Biden said.

More than 300 groups, including the National Retail Federation and the National Association of Manufacturers, last month urged Biden to get involved to help prevent a strike that could halt shipments of food and fuel and cost billions of dollars. harm to an already struggling national economy.

Earlier this week, several of these groups reiterated calls for Biden and Congress to act quickly to prevent a strike or lockout by the employer ahead of the holiday season.

A rail disruption could freeze nearly 30% of U.S. freight shipments, fuel inflation and cost the U.S. economy as much as $2 billion a day by unleashing a cascade of transportation problems affecting energy, agriculture, manufacturing and , healthcare and retail sectors in the US.

On Monday, workers from America’s largest railroad union voted against a tentative contract agreement reached in September, raising the possibility of a year-end strike.

The Biden administration helped avoid a service disruption by holding last-minute contract talks in September that led to the tentative contract agreement.