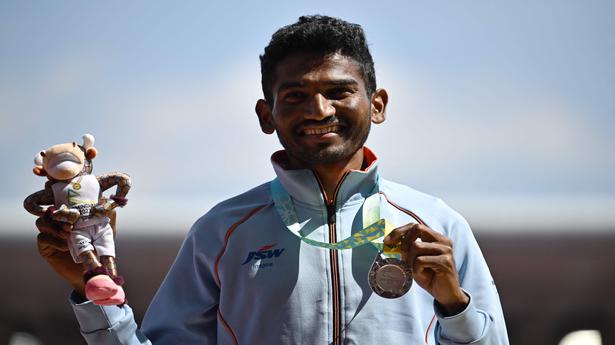 This is India’s fourth medal in athletics, after Tejaswin Shankar’s bronze in the high jump, Murali Sreeshankar’s silver in the long jump and Priyanka Goswami’s silver in the 10,000m race.

Sable finished 11th in the final of the men’s 3000m steeplechase at the World Championships in Eugene, Oregon. Sable clocked 8:31.75, well below his season and personal best of 8:12.48, which is a national record.

Podiums by nations in 3000m steeplechase since 1998 CWG

This is the size of Avinash Sable’s silver today! pic.twitter.com/vp95YFtmXZ

He holds the national records in three separate events – 3000m steeplechase, 5000m and half marathon. In 2019, he became the first Indian men’s athlete to reach the final of a world championship and he also nearly made it to the final of the same event at the Tokyo Olympics.

Just six years ago, Sable had nothing to do with athletics. He had joined the army as a sepoy (private) in the 5 Mahar battalion. He had served in the icy wasteland of Siachen, the jungles of Sikkim, and the burning desert of Rajasthan before being selected by his superiors to participate in a unit competition. Since he ran his first race, his progression has been nothing short of lightning fast – he is arguably the best Indian track athlete.