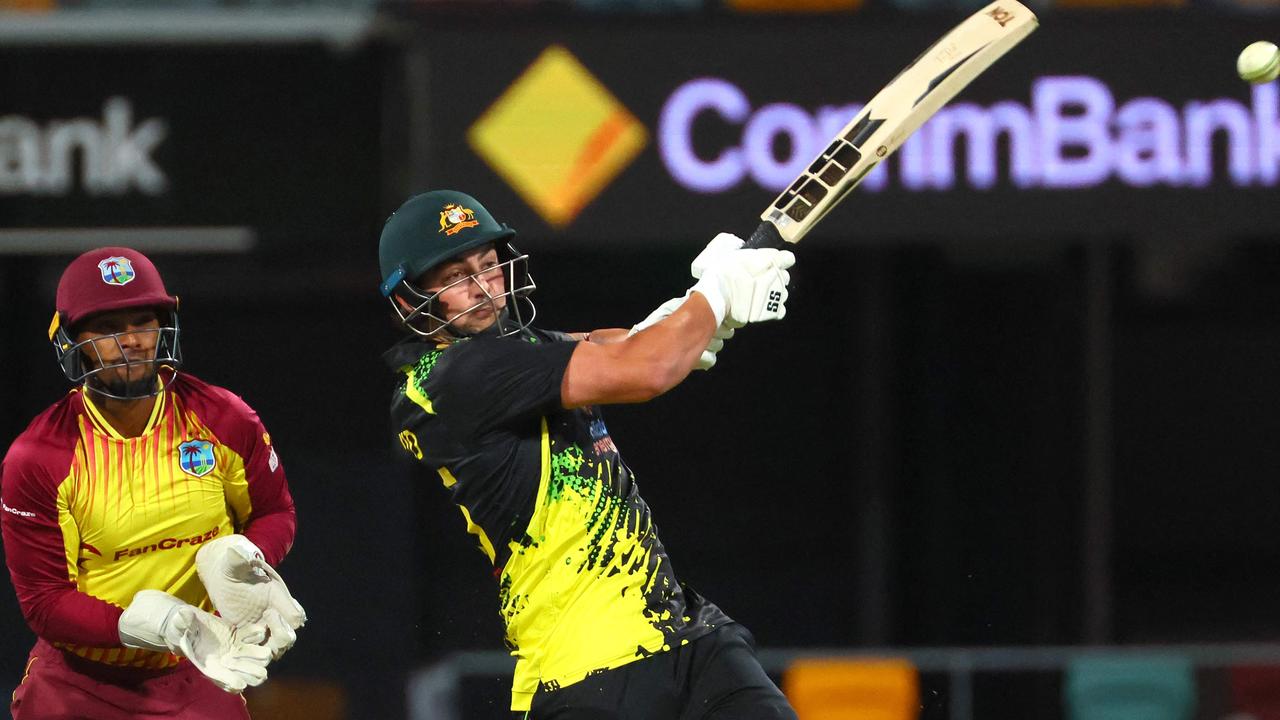 Australia have taken a 31 point win over the West Indies after some Mitchell Starc magic in the field and a lofty Tim David hitting the Gabba.

After being sent in to hit, David Warner (75 out of 41) came out swinging but had little support early with Cam Green (1) and Aaron Finch (15) dropping early.

When the Aussies lost 3-5 halfway through the innings, the West Indies were in full control before David went over the air in the 16th.

He easily knocked Obed McCoy off, reaching 42 from just 20 balls, helping Australia to 7-178.

And the West Indies were almost immediately behind as Starc (4-18) landed one of the summer’s catches.

The visitors regularly lost wicket and just couldn’t mount an inspired late attack to lose the T20I series to Australia 2-0.

David Warner was named player of the series.

The Aussies had changed their line-up from the first match, with Mitch Marsh (passing) off the side as he flies to Perth to avoid the tight turnaround for Sunday’s clash with England, where the Australian first-choice bowlers will not appear.

Steve Smith came back in as Finch moved on three to take the bat.

The West Indies won the toss and chose to bowl first, and the move paid off as Cam Green went early for just one shot.

The young West Aussie had to go after firing just four balls, having shot it off Alzarri Joseph’s bowling alley.

Aaron Finch, promoted to number three after coming out in game one in four, survived a review on the second ball he encountered.

Finch was hit on the pad by a swinging Kyle Mayers delivery, but replays showed the ball went down.

He survived another scream moments later when the ball hit his thigh protector.

Finch even tried to play a ramp and got him off the toe of the bat, but landed safely when he went to 2* from nine balls.

But then again, it was Warner who punished the West Indian attack while putting the Aussies back in the forefront.

He had the first six of the innings left in the fourth when he raced to 25* on just 13 balls.

The West Indies’ tactics were called into question when both Alzarri Joseph and Jason Holder got just one over before being taken off the attack.

“I think the only bowler who doesn’t want to face Finch is Joseph.”

Despite Finch struggling with his timing on the one hand, Warner on the other hand had no such issues.

He quickly cleared the half-century on 30 balls, then hit 25 runs off his next 10 deliveries.

Warner and Finch together won 17 of Yannic Cariah’s first over.

Halfway through, Australia was 1-88.

But the game soon soured for the home side in a matter of minutes.

Finch fell for 15 out of 18 when he hollowed out halfway, with Haddin believing the veteran was trying to “hit too hard” on the ground.

“His leg was open, he moved away from the ball and tried to strengthen it,” Haddin said.

“The bat turned in his hand.”

The Aussies committed the “cardinal sin” of cricket four balls later when David Warner fell for a well-made 75 from just 41 balls.

Odean Smith managed to avoid crashing into the stumps as he came under a skied pool shot in front of the captive and bowled.

Warner’s wicket left Steve Smith and Glenn Maxwell both fresh at the crease in the 12th, just as the home side had to put their foot down.

“You can win the game here,” Haddin warned.

“Suddenly Australia doesn’t have the platform to launch in the latest overs.”

And Maxwell only lasted four balls after a misunderstanding with Steve Smith, as Australia lost 3/5.

The all-rounder was caught just below the fold after confusing Smith’s follow-through with a run call.

“I don’t think there was a run,” Waugh said.

“It’s one of those shots that hits you and goes with the shot.

Rookie Tim David wasted no time as he backed up his game one duck with a massive 42 from just 20 balls.

David’s entertaining innings consisted of four fours and three sixes, including taking 20 from just four Obed McCoy deliveries before being hit flush by a full toss.

He got his marching orders on revision, much to the disappointment of the crowd.

“An inning like that there can become a semi-final or final of the World Cup,” Haddin said.

“The sky also just went out of the crowd when that was handed out.”

“Book it wherever you want — six or five,” Waugh added.

With David back in the dugout, the Aussies struggled to take advantage of the extra man in the field – as punishment for the West Indies’ slow pace.

Steve Smith was thrown on the first pitch of the final and Matt Wade singled off the penultimate ball of the innings to hold the bat for Pat Cummins.

And it didn’t pay off, as he was fired at the last ball, with the Aussies finishing 7-178.

Mitchell Starc made sure the Aussies got the best possible start in the field when he landed one of the great catches of all time.

Starc was still in his pursuit as he kept low and caught danger man Kyle Mayers (6 of 5) with a nearly one-handed catch coming back at over 65 mph.

“That’s very hard to do — 6-foot-5, on your follow-through. Excellent piece of athletics there!”

“That’s a classic catch if I’ve ever seen one,” Waugh added.

It was the ultimate revenge for Starc after Mayers threw him into the over for six earlier.

Adam Zampa apologized to Pat Cummins when he put Johnson Charles at 2.

Along with Brandon King, Charles started dragging the West Indies back into the game after Starc’s early hit, setting up a 50-run score.

But it was broken by Zampa when he tricked King (23 of 18) mid-flight and Wade was quick with the bails.

Suddenly 2-56 turned 3-62 as Aaron Finch seized a sharp opportunity to sack skipper Nicholas Pooran (2 out of 3).

Wade came under a skied Johnson Charles shot to make sure he ran 29 out of 30 as the West Indies attack was slowed down.

Facing a required run rate of nearly 12 for the last nine overs, Rovman Powell had his wicket undone on appeal and shook off a sharp blow to the gauntlet of a Starc delivery within minutes.

From there, the West Indies struggled with driving before Akeal Hosein went into the ground in the 16th over six.

The huge hit left the visitors needing 60 of the last four overs for the win. Powell survived thanks to some heavy punches as the ball drifted off his leg and rolled into the stumps, but his luck ran out when he was caught trying to get Pat Cummins into the stands.

Hosein fell and so did any chance of a thrilling pullback as Australia took a 31-point win.

Follow all the live action in our blog below!