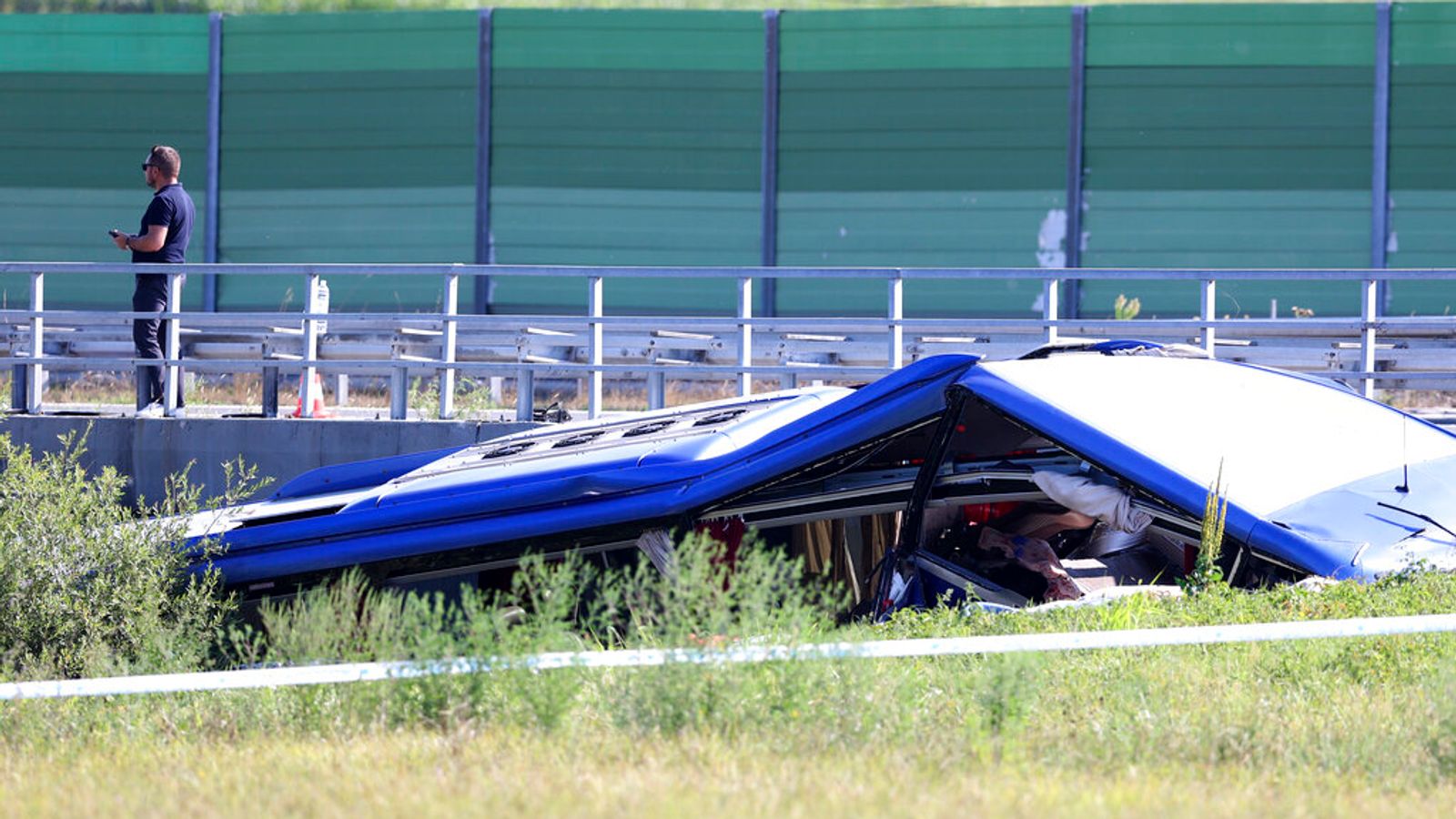 At least 12 people have been killed and 31 injured after a Polish bus full of religious pilgrims skidded off a highway in northern Croatia early Saturday morning.

About 18 people among the 31 injured were seriously injured after the A4 bus crashed into Podvorec, about 50 kilometers north of the capital Zagreb.

The most likely cause of the accident was that the driver fell asleep, state television HRT reported.

“All the victims are Polish nationals – we can confirm this at this time, a spokesman for the Polish Ministry of Foreign Affairs told TVN24.

“The bus has Warsaw license plates.”

The passengers were on their way to Medjugorje, a Roman Catholic shrine in southern Bosnia, Croatian Interior Minister Davor Bozinovic said.

Officials from the Polish embassy in Croatia were on the scene this morning, a spokesman for the Polish foreign ministry said.

Emergency services were deployed after the accident happened around 5:40 a.m. near Breznicki Hum, in the direction of Zagreb, police said.

An investigation is now underway into the cause of the crash.

The road in the vicinity of the accident has been closed to traffic in order to save the occupants.

Medjugorje is said to be the site of a number of apparitions of the Virgin Mary, first seen by six local children in 1981.

The village, located 20 km east of the Croatian border, is now a popular destination for followers of the Catholic faith.

The Croatian Minister of Foreign and European Affairs, Gordon Grlić Radman, expressed his condolences to the victims of the accident and wished the people a speedy recovery.

“The Croatian people stand in solidarity with Poland and its citizens,” he tweeted.