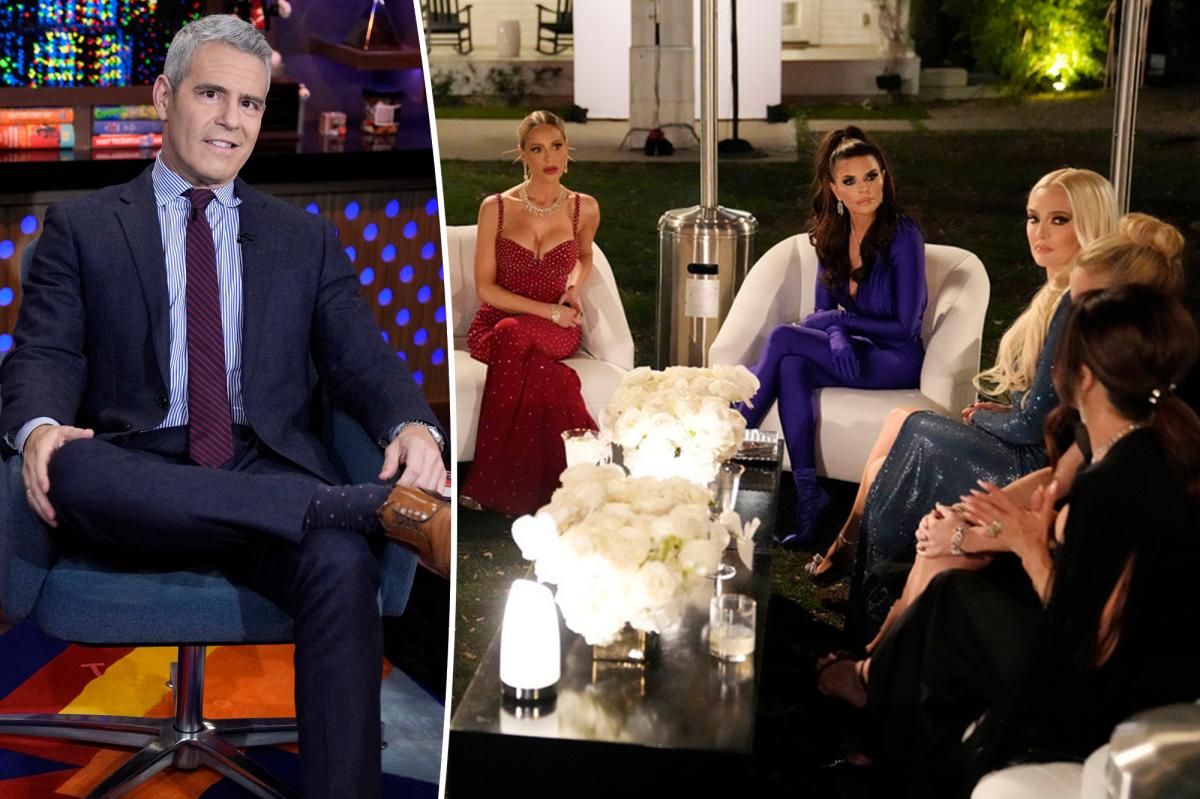 Andy Cohen revealed that the “Real Housewives of Beverly Hills” will be on hold for a “minute”.

“Beverly Hills, we’re taking a minute break,” Bravo’s head honcho told E! News earlier this week, adding, “and then we’ll be shooting with them again in the new year.”

Cohen, 54, didn’t go into detail about why the LA reality show isn’t following their usual schedule.

However, after some drama during a cast trip to Aspen in Season 12, Hilton, 63, warned Bravo that she might not return if Rinna, 59, and Jayne, 51, were asked back.

“I had said I would only be willing to come back as the cast [changed]the fan favorite told TMZ in October.

“If it was completely the same, absolutely not,” she continued. “Because I feel like they’re two bullies intimidating a lot of other girls.”

As Bravo works out its casting issues with “RHOBH,” Cohen shared which franchises are currently filming.

“We’re shooting the new ‘Real Housewives of New York City’ which I’m excited about and then we’re going to get to work on ‘Legacy,'” the executive producer teased to E! News, while we remain tight-lipped on further details.

Cohen also noted that the “Real Housewives of Salt Lake City” – now airing – is “in the middle of a gangbuster season.”

He said Season 3 will end in early 2023, just like the “Real Housewives of Potomac”, who he said are also having a “great season”.

Cohen concluded by saying that fans can expect “a lot more ‘Ultimate Girls Trips'” in the new year, which will return to Peacock for a third season.