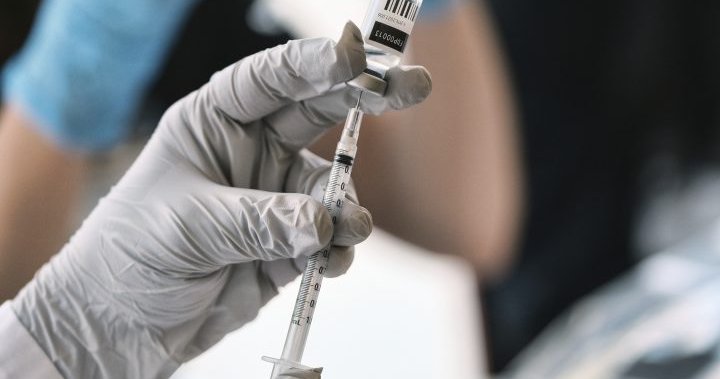 According to the BC Center for Disease Control, there are now 81 active cases of monkeypox in British Columbia, the majority of which are in the Vancouver area.

Sixty-nine cases were registered in the Vancouver Coastal Health zone as of Thursday, with six each in the Island and Fraser Health areas.

In a news update, the BC CDC said monkeypox still poses a low risk to the general public.

The number of files has increased since last week. As of July 27, there were 61 cases of monkeypox, 54 of which were in the Vancouver Coastal Health area.

Around that time, the provincial government announced that the monkeypox vaccine would be available to eligible patients in most parts of the province. A statement from the Department of Health said a community transmission had been identified and the vaccine would be offered in the Vancouver, Coastal, Fraser, Island and Interior health regions.

Priority is being given to patients in the Lower Mainland, where most infections have occurred, and contact is being made to identify anyone else who could benefit from the vaccine.

1:40
More monkeypox vaccine is available in BC

More monkeypox vaccine is available in BC

The BC government has already administered more than half of the 14,480 monkeypox vaccine doses it had last week.

According to the Department of Health, monkeypox, a member of the same family of viruses that causes smallpox, does not spread easily between humans and all identified cases in the province involve prolonged skin-to-skin contact, which is the suspected primary source of infection.

There are over 900 cases of monkeypox in Canada, with the bulk of the caseload in Ontario and Quebec. Infections have been found in more than 70 countries and the World Health Organization declared the monkeypox outbreak a public health emergency of international concern (PHEIC) last month.

Most people infected with monkeypox can recover on their own after a few weeks, but in some circumstances people can become very ill and die, the Public Health Agency of Canada (PHAC) states on its website.

Infected individuals usually develop symptoms five to 21 days after exposure to the monkeypox virus, including a painful rash that can last between 14 and 28 days.

The rash may be accompanied by other symptoms, including fever, chills, headache, swollen lymph nodes, muscle aches, joint pain, back pain, and exhaustion.

PHAC advises individuals who are infected to isolate at home and contact their healthcare provider or local public health authority.

With files from The Canadian Press