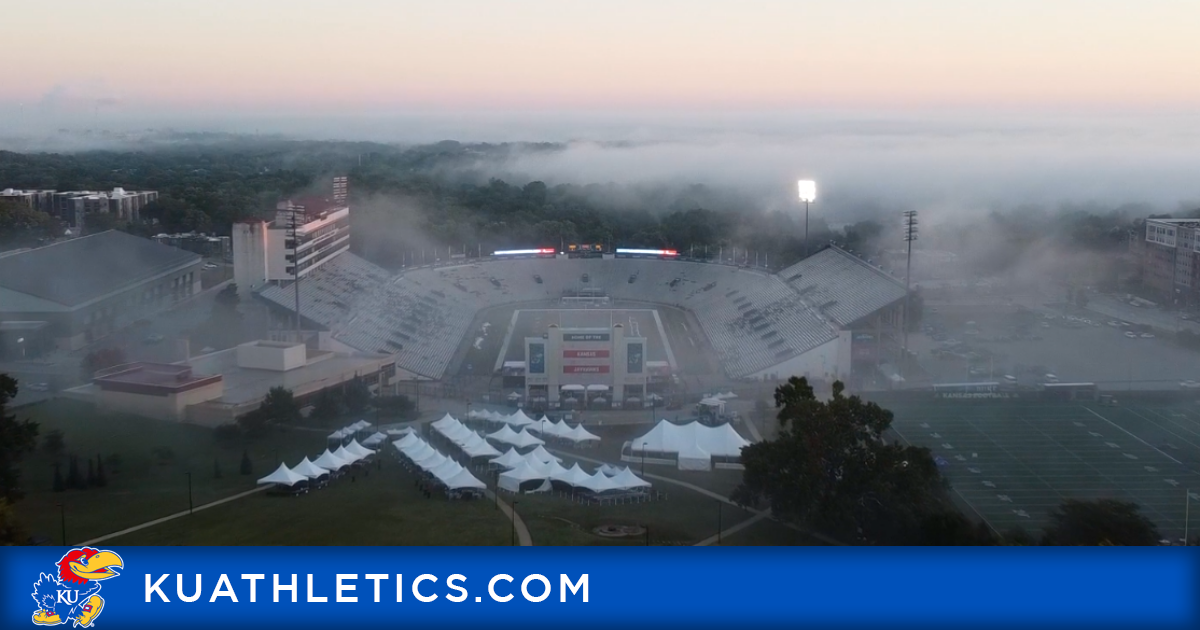 LAWRENCE — The University of Kansas continues a transformational development project to create a northern gateway to campus with new multi-purpose space and redesigned Kansas Football facilities.

The project will transform the area near the intersection of 11th and Mississippi Streets with new facilities, including a mix of conference and entertainment space, retail stores and other functions that will drive regional economic growth and generate revenue for academic programming.

The project includes major upgrades to the David Booth Kansas Memorial Stadium – one of the oldest football venues in the country – to create a world-class experience for fans and provide Kansas Football with the facilities it needs to play at the highest level. compete, as well as renovations to the Anderson family football complex.

KU has chosen HNTB, a global leader in the design of multi-purpose entertainment venues, as its lead architect, in partnership with Lawrence-based Multistudio. The KU has also retained the Nations Group, a nationally owned representative company that specializes in university athletic venues and mixed-use facilities. The firms will help KU develop more specific plans, timelines and cost estimates in the coming weeks.

“The intersection near 11th and Mississippi Streets is a primary campus entrance for prospective students, alumni, and guests touring KU and visiting David Booth Kansas Memorial Stadium,” said Chancellor Douglas A. Girod. “For these reasons, it is the ideal location to develop a new gateway with multi-purpose facilities to better serve these audiences, generate revenue for academic programming, stimulate economic growth in the region and reinvent our football facilities.”

The project will begin refurbishment of the Anderson Family Football Complex in the first half of 2023, as well as site preparation in regards to stormwater, sanitation, Wi-Fi availability and electrical system upgrades. KU will select a construction manager in the weeks ahead.

The project will be financed primarily through private donations, economic development funds, the sale of premium stadium seating and future development opportunities that will be created on the site.

KU leaders have pursued strategies in recent years to generate revenue for academic programming and drive regional economic growth by hosting conferences and events on campus. The development of this project will enable KU to pursue these goals in a way that benefits the University, the City of Lawrence and the wider region.

KU has commissioned an economic impact study to analyze the potential use of mixed-use space, which will be developed as part of the project. In addition, the university will soon start selecting a project developer to formulate a vision on how to use the multifunctional facilities in and around the redesigned football stadium.

Goals for a redesigned David Booth Kansas Memorial Stadium include upgrades to the in-game experience, such as the seat bowl design with improved sightlines that increase fan comfort and bring fans closer to the field; extensive concessions, restrooms and accessible seating; improved circulation in the hall; and new premium amenities such as club seats, lodge seats, and ledge suites. The stadium’s design will include multi-purpose spaces to augment all convention and conference facilities that may be part of the project. Kansas Athletics has partnered with Elevate Sports Ventures to hold fan focus groups to seek feedback on what fans want in a redesigned stadium. Additionally, Elevate recently completed a survey to understand which seating options and amenities are most important to fans.

“This project is unmatched in its vision to benefit a wide variety of KU constituents while ushering in a new era for Kansas Football,” said Travis Goff, athletic director. “Once completed, this project will ensure our football program has the facilities it needs to compete at the highest level and provide the best possible game day experience for student athletes and fans. In addition, we are delighted that this project goes beyond football and benefits the entire university and the regional economy.”

The university’s architecture and design partners will meet with football head coach Lance Leipold next week to discuss improvements to the Anderson Family Football Complex, which will focus on the student-athlete and recruiting experience.

“This project will have a major impact on the future of Kansas Football and the entire community,” Leipold said. “It will specifically affect our current and future footballers, who will now have a state-of-the-art facility to train in. With an up-to-date facility and a commitment to improving the Anderson Family Football Complex, our day-to-day operations will be more efficient and effective. This is an exciting time for Kansas Football, and this certainly adds to that.”

More details about the project will be provided in the coming weeks.

“Now, more than ever, college athletics — and certainly continued success in football — are critical to the health and vibrancy of our entire university community,” Goff said. “There is tremendous enthusiasm for this project among donors and partners who believe in KU’s mission, and in partnership with KU Endowment, we will be seriously engaging with our benefactors and supporters to ensure that this ambitious vision becomes a reality.”